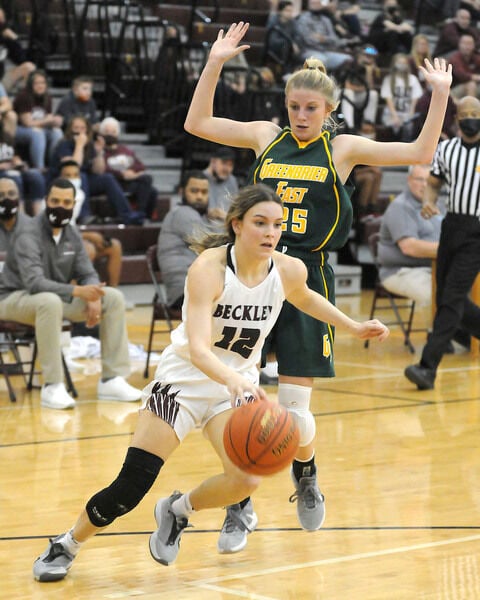 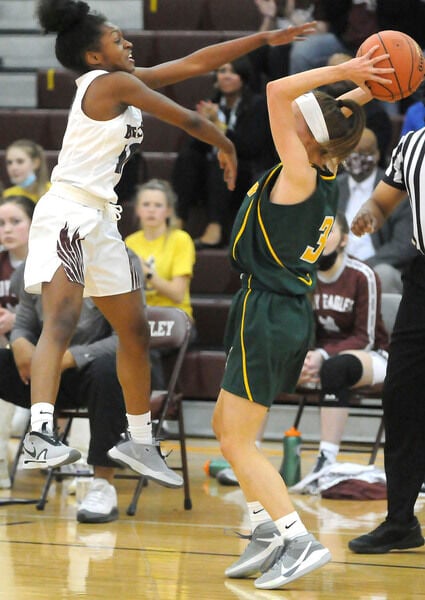 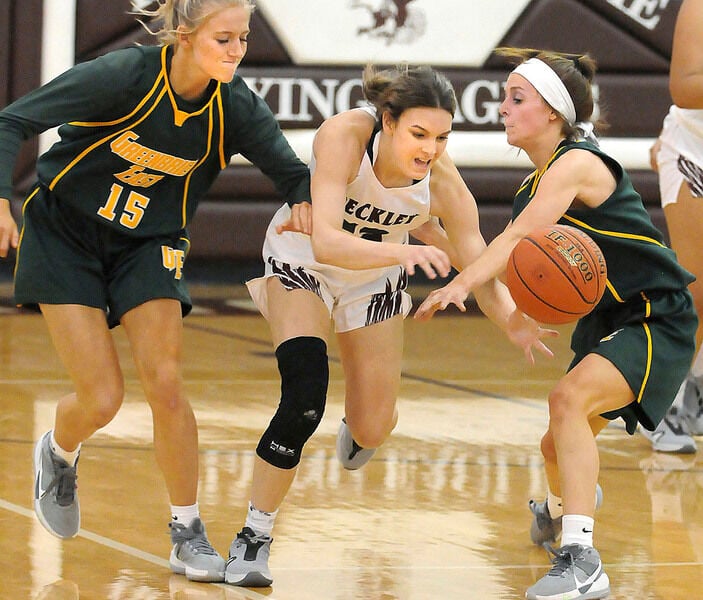 Tuesday night was not the typical battle fans have come to expect from the Woodrow Wilson and Greenbrier East girls teams.

In fact, the game may be best described as businesslike.

No matter the description, when the final horn sounded, the No. 6-ranked Flying Eagles had proven why they were voted the top seed entering Class AAAA Region 3 Section 2 play next week with a 66-47 win.

Never trailing in the game, Woodrow Wilson ran out to a quick 14-4 lead but never could quite put East away early.

"I thought we lost focus defensively. We started out the game with a lot of energy, but defensively we weren't moving our feet," Woodrow Wilson head coach Brian Nabors said. "We were letting them get to spots and we were bodying up and getting cheap fouls. We just have to do a better job getting in position defensively."

With her team down 10 points, Cadence Stewart started to heat up from deep for the Spartans. Every time the home team would start to pull away, Stewart would drop a 3-ball from NBA range to keep her team in the game.

"She showed why she is one of the best shooters in the state. We didn't figure out after she hit the second 3 from about 25 feet that she could shoot," Nabors lamented. "We kept giving her space and she would let it fly."

The next 16 Greenbrier East points would come from the sophomore sharpshooter.

"If you give great shooters space and they hit some shots, they get confidence. Then the basket is huge to them," Nabors said. "She got in a rhythm and it was hard to get her out of it."

Although Woodrow struggled to keep Stewart in check, East had few answers for the power of the Flying Eagles' inside presence led by Camille Fenton, who scored 13 of her team-high 17 points in the first half.

"We expect Camille to be the X-factor, as they say, doing the little things that don't show up in the box score," Nabors said. "However, Camille is a really good player and she can really shoot the basketball. We want her to look more for her shot if she has it, but at the same time we want to get the ball inside to her to use her size and get some easy baskets."

Leading by 16 to open the second half, Woodrow kept the Spartans at arm's length, but could not expand the lead going into the final eight minutes of play.

"That was probably my fault at halftime. I was upset because we weren't working and making Stewart work hard enough," Nabors said. "I was disappointed in our effort and our mindset. We kinda got into cruise control and I didn't see the intensity defensively. They could have been shell-shocked from me yelling. They have to get over that. They should know me by now. We are not perfect, but I expect them to strive for perfection. As long as they give me their best, I am OK with that."

A 3-pointer from Cloey Frantz pushed the lead out to 17 before Stewart changed tactics, posting up inside for easy looks at the rim to cut the lead to 12 on three occasions.

"I thought we did a better job on her in the second half," Nabors said. "However, she did start posting us up and showed there is more to her game than just being a shooter. She is a heckuva player."

Down the stretch, Woodrow proved to be too strong inside and closed the game on an 8-0 run for the final margin.

Frantz added 13 for Woodrow Wilson, while Jamara Walton scored 11 and Keanti Thompson chipped in nine. Stewart led all scorers with 26.

Greenbrier East coach and Gov. Jim Justice was not available for comment after the game.

Both teams are back in action Thursday with Woodrow Wilson hosting Bluefield and East hosting James Monroe.