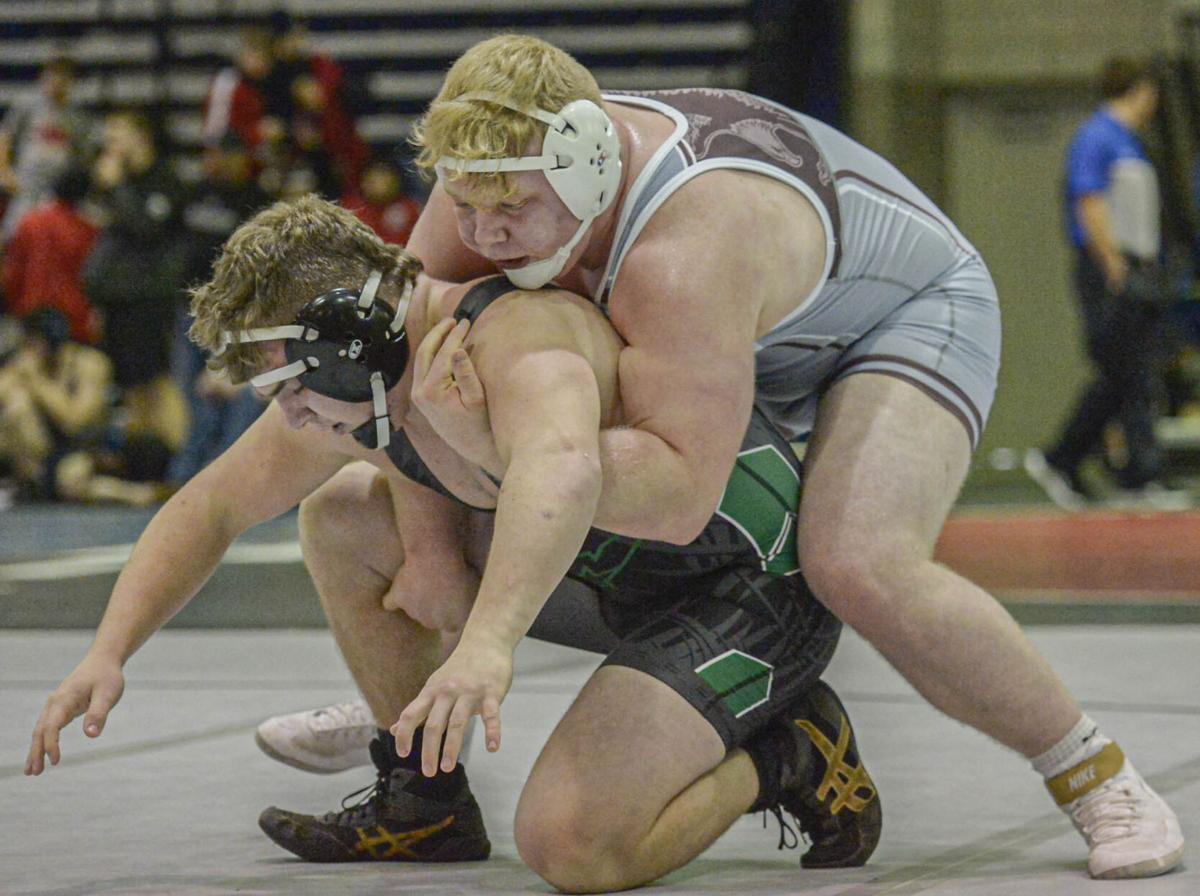 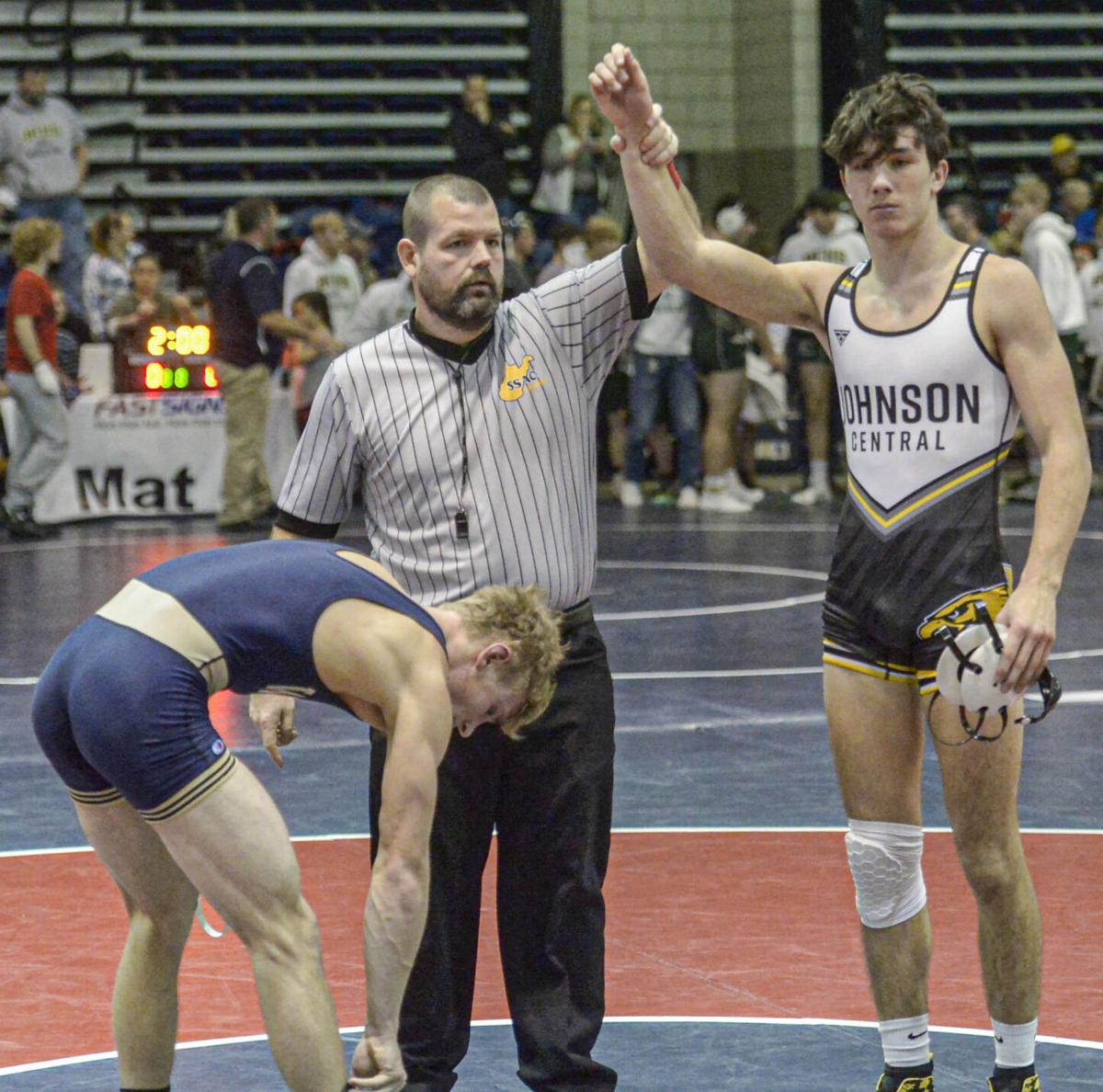 SUMMERSVILLE — It turned out to be quite the week for Woodrow Wilson.

No, the Flying Eagles didn’t win the West Virginia Army National Guard Duals — that honor went to Johnson Central, Ky., for the third year in a row. But they did easily win their preliminary pool and then put in a strong showing against the Golden Eagles in the championship match, ultimately falling 53-27.

Earlier in the week, Woodrow won the Class AAA Region 3 Quad at St. Albans to secure its spot in the West Virginia Team Dual State Championships, set for Feb. 5 at the State Fairgrounds.

“Hopefully we’re still getting better,” Flying Eagles coach Matt Osborne said. “The good thing about this team is they still wrestle and are in these championship matches and we can still get a lot better, and that’s good. I’ve got seven starting freshmen.”

In the end, Johnson Central was just too strong.

Woodrow actually jumped to a 15-0 lead after Garrett Johnson won an ultimate tiebreaker at 106 pounds and J.J. Bailes (113) and Tyler Roark (120) won via pin. The Eagles took control from there, winning nine of the next 11 matches, seven via pin.

Woodrow was down one starter (Troy Harris at 138) and does not have a 220-pounder.

“(Johnson) usually gets a pin and he got a decision, so that takes three off of you, and our other lightweights got some pins, so that was good,” Osborne said. “We did get on a run, but they got to the meat of their lineup and they’re good. They’re good everywhere, but we were a little bit better in the lower weight classes.”

Woodrow’s only two wins the rest of the way were pins by Ethan Osborne (152) and Jackson Evans (285).

“I’m pretty pleased with the way we wrestled today. We’re still not where we want to be. We’re wrestling well right now, but our hope is here in the next five, six, seven weeks we pick up the pace a little bit and ready to make a push come February.”

Gamble said the team keeps coming back to the tournament because of the intensity.

“Typically we get 10 good, hard matches up here and that's tough to find anywhere,” he said. “Unfortunately the snow kind of rained on our parade a little bit — or snowed on our parade — but we were still able to come in and pick up five hard dual matches. It’s good for our team. We’re wrestling the state duals here in just a couple of weeks, so I’m glad we got to see some good competition up here today.”

Gamble said the early part of the season has been challenging after the death of longtime head coach Tim Matney, who died in September of complications with Covid. A moment of silence was observed for Matney before the tournament started.

“We’re just doing the best that we can,” Gamble said. “There’s no way for me to explain to these kids how we should be acting right now. We’re just trying to go one day at a time and get better every time we practice. Hopefully every weekend we’ll see a little bit of progress.

“We’re just excited. It’s tough, but we’re finding a way to keep moving forward and I’m proud of our guys.”