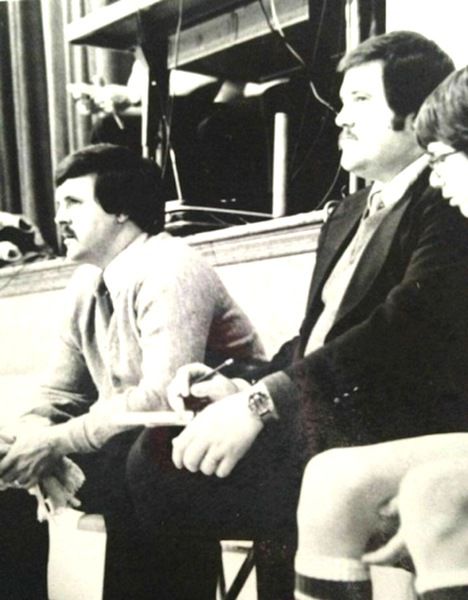 Submitted photoBud Whitlow, left, coaches a Rainelle Junior High basketball game with longtime assistant Russ Gilkeson at his side. Whitlow, a beloved coach at both the junior high and high school levels, passed away Sunday. 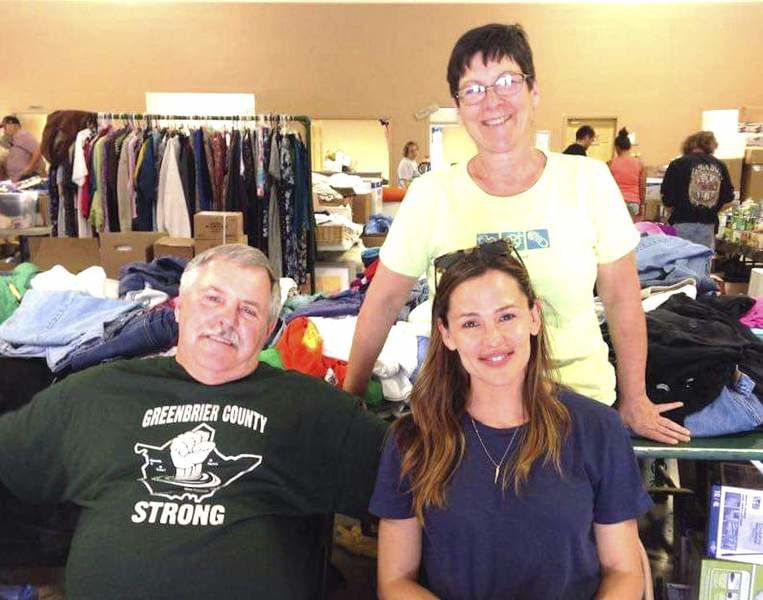 Submitted photoBud Whitlow, left, and his wife Linda, standing, are pictured with actress Jennifer Garner, a Charleston native, during 2016 flood relief efforts at First Baptist Church in Rainelle. Whitlow, a beloved coach at both the junior high and high school levels, passed away Sunday.

Submitted photoBud Whitlow, left, coaches a Rainelle Junior High basketball game with longtime assistant Russ Gilkeson at his side. Whitlow, a beloved coach at both the junior high and high school levels, passed away Sunday.

Submitted photoBud Whitlow, left, and his wife Linda, standing, are pictured with actress Jennifer Garner, a Charleston native, during 2016 flood relief efforts at First Baptist Church in Rainelle. Whitlow, a beloved coach at both the junior high and high school levels, passed away Sunday.

For the players who competed at Greenbrier West High School and Rainelle Junior High, Cletus "Bud" Whitlow was more than just a coach. He was also viewed as a mentor and a second father.

Former Cavalier and Wake Forest football standout Kelly Vaughan played for Whitlow in both junior high and high school, but knew him long before sports.

"He and my dad were good friends in high school, so I knew him on a personal basis before I actually played for him. The Vaughan family loved coach Whitlow," Vaughan explained. "We have hunted together, fished together, played football and basketball together and cried together."

Whitlow coached at Rainelle Junior High and was, as Vaughan put it, a devout Rainelle Ranger.

"Coach was very intense. He knew the game and loved to win. He was very passionate about the game," Vaughan recalled. "In the junior high days, he was our football coach, our basketball coach and the track coach. He believed in fundamentals, believed in his philosophy and he believed in hard work."

The junior high sports scene during Whitlow's tenure featured showdowns against the likes of Dick Gunnoe at White Sulphur Springs, Sam Banton and Peck Dorsey at Lewisburg, Gary Sawyers at Rupert and Jim Reed and Robert Toothman at Smoot.

"Those were some intense battles in small town West Virginia and the stands were full," Vaughan said. "I attribute our success to those feeder programs and all the great coaches that we had."

Jared Robertson is the current head basketball coach at Greenbrier West and he recalled his first encounters with Whitlow.

"When I first met coach Whitlow, I was in junior high. I went to Smoot and he was the basketball coach at Rainelle," Robertson said. "They were kinda the big boy on the block on our end of the county. They were the team that Smoot wanted to beat and rarely could. My ninth grade year we beat Rainelle all three times we played them. Now, that is kind of a bittersweet moment thinking about it because of everything coach Whitlow did for me over the years."

In the '90s, Whitlow was at Greenbrier West, where he was the offensive coordinator on the 1991 state runner-up football team. Robertson was a wideout on that team, but just as it was for Vaughan, Whitlow was much more than just his coach.

"My dad was a coach and they were all part of the coaching fraternity," Robertson said. "Once I became a coach at West, he was retired, but he always came to our games. He would always text or call me or wait for me after games to talk basketball or football over the last several years. He was a man that I really looked up to and a man that really tried to help me a lot, both as a coach and a person."

Whitlow passed Sunday after battling illness, but like all legendary coaches, he will live long in the memories of the people whose lives he touched.

"Something that really showed me how much he respected me happened this year," Robertson recalled. "His doctor didn't want him to be around crowds, so he would listen to games on the radio. I called him out of the blue and talked to him about the team. I told him I was going to get him access to our game films so he could offer advice and give us suggestions.

"He told me I did a great job and there was no way that he would ever try to tell me what to do," Robertson continued. "I could only think about all the games he coached me and the games I watched him coach over the years. For him to say that to me, it really meant a lot."