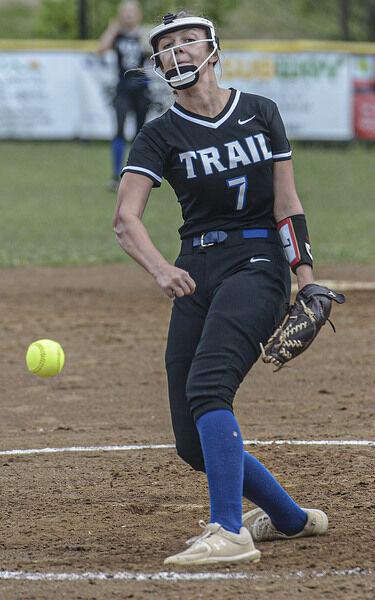 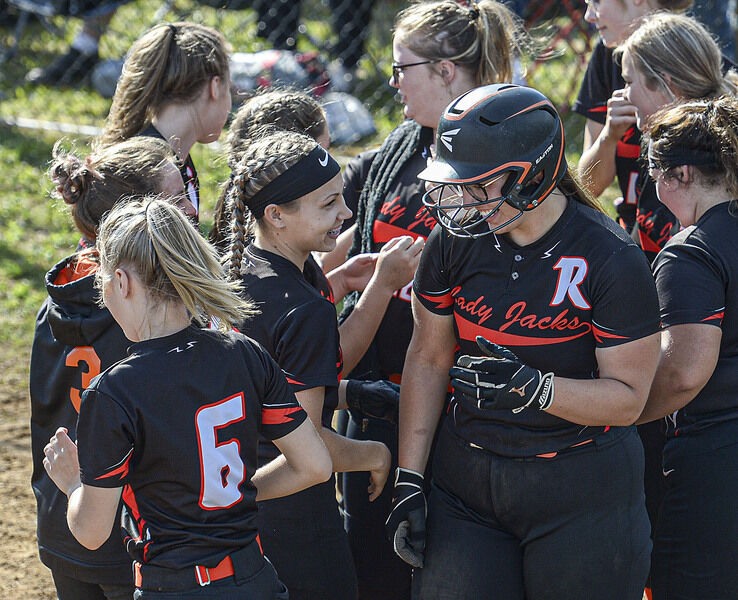 HICO — Beating a team three times in the same season is never easy.

Midland Trail seemed to defy that old adage Thursday night in its Class A Region 3, Section 2 softball clash against Richwood.

Exploding for seven runs in the fourth inning, the Patriots breezed past the Lumberjacks, 11-1 in five innings to advance to the sectional championship.

"They came out and did what we needed to do today and I am super proud of them," Midland Trail head coach Candace Young said. "We have spent the last two or three days, when we have had some practice, just hitting. We have hit off the tee and off soft toss. The girls have zoned in and they saw the ball well today."

After a RBI-single from Meghan Gill gave the Patriots (17-4) a 1-0 lead in the first inning, Trail tacked on three more in third.

Back-to-back walks and a bunt single from Emmie Lopetrone loaded the bases. A fielder's choice from Gill scored one run before a sharp single from Faith Bailes brought in two more.

"Our defense held up good, but then (Midland Trail) started keying in on our pitches. When they get a rally like that, it gets them excited and they start making things happen," veteran Richwood head coach Bill Little said.

Trinity Amick gave the Jacks (13-5) some life in the fourth inning when she launched a deep drive that hit the top of the fence and went over for a home run.

However, it was only one of two hits surrendered by Lopetrone. The senior hurler recorded five strikeouts, walked just one batter and was backed by some stellar defense from her teammates.

"We definitely played tight on defense today and that is a testament to the girls staying focused," Young said. "Sometimes it's hard because you have Emmie out there being dominant. I tell them not to sit back on their heels and rely on her (strikeouts). They need to be ready for every pitch. The big thing we work on is talking, so they know every pitch if the ball is hit to them where to go with it."

The home half of the fourth started with a walk and a single from Chezney Skaggs setting the table for the top of the Trail line-up.

A bunt single from basketball sensation, Emily Dickerson led to a run when the ball got away at first on the throw.

A walk to Lopetrone loaded the bases before Gill singled home two runs and Bailes followed with a ringing double that scored two more.

A single from Jordan Stonestreet scored Bailes and Madison Campbell who had singled in front of her for the 11-1 advantage.

"We go over the same things before the game and it is kind of our mantra now. Limit our (strikeouts), limit our errors and play with a lot of intensity. When they do those three things, we come out victorious every time," Young said.

Richwood was scheduled to play the winner of Greenbrier West and Charleston Catholic Friday. However, that game was postponed Thursday due to weather.

With the Richwood game now moved to Saturday, Trail will await the eventual winner on Monday for the championship round.

The key for Young now is to keep her team focused for what appears to be a three-day layoff.

"We are definitely going to practice some. The good news is the Women's College World Series is on, so we will go home and watch some softball," Young said. "We may even get together and watch Saturday's games just to keep it in our head. I want them to stay focused on the big picture. We need five wins to go to states and we are down to three. We want to keep that mentality going."