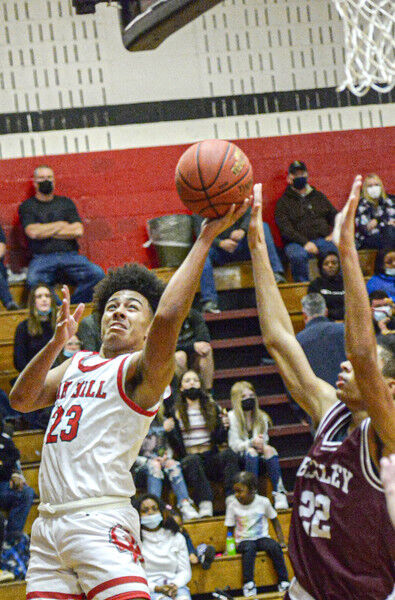 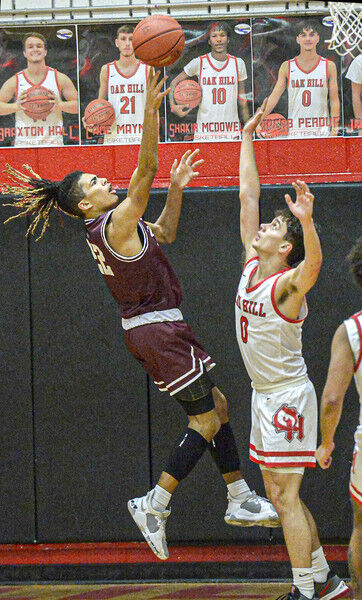 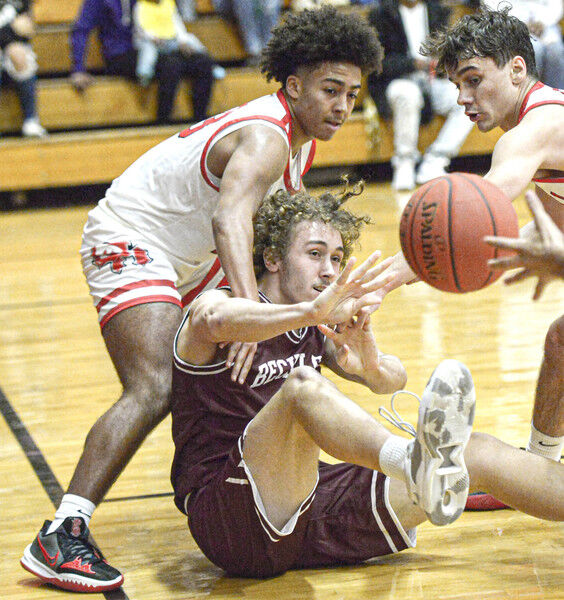 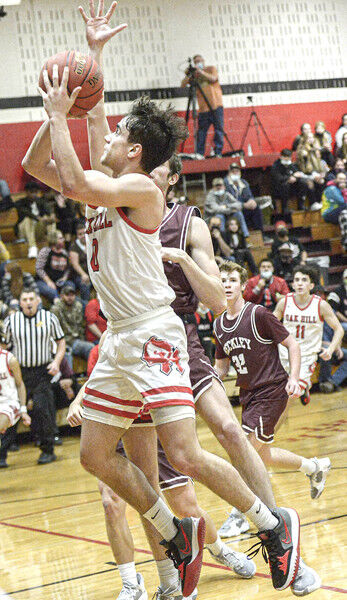 OAK HILL — A dominant second-half effort propelled the Oak Hill boys to a 66-43 thumping of the Woodrow Wilson Flying Eagles Friday on Fred Ferri Jr. Court at the Lilly Center.

The victory ended a long Oak Hill winless drought against Woodrow Wilson, one which some observers said afterwards quite possibly had reached more than three decades.

Senior Jacob Perdue lit a fire under the Red Devils in the first half, scoring 17 of his-game-high 23 points in that span as Oak Hill nursed a 28-23 advantage at the intermission.

The second half was all Red Devils, though. Perdue slowed down a little, but several teammates stepped up as Oak Hill took charge of the Flying Eagles. A 9-0 Red Devil spurt beginning midway through the quarter pushed the hosts' lead to 43-29 with 2:29 left in the third. Then, the push continued as Oak Hill closed the third with four straight points from Ethan Vargo-Thomas to carry a 47-32 lead into the final frame. Vargo-Thomas, who scored 10 in the quarter, converted a driving layup during which he switched the ball to his left hand at the last moment for the shot, then he scored off a wild over-the-shoulder shot as the buzzer approached.

The cushion grew steadily from there, reaching 20 points, 52-32, when Perdue sank a difficult jumper from the left elbow at the 6:20 mark. Teammate Leonard Farrow then scored on a scoop drive, and the Flying Eagles couldn't mount an effort down the stretch.

"We came in tonight with the (thought) that we were supposed to win this game," said Perdue, who said he fully believed it was possible. "I thought coming into this game that we could win."

"We had a lot of open looks in the first half, especially me, and I'm not used to that," he added. "We've been working in practice on trying to get downhill. Today, I thought we did a good job of being aggressive. Driving to the basket and getting open looks. We scored on the inside, too.

"We've just got to keep it going, keep up what we're doing. I think we can beat anybody we play, as long as we play how we're supposed to play."

"We made some shots," said Oak Hill head coach Benitez Jackson. "I thought we just made shots, that's been our whole problem all year. We just haven't made shots.

"That was really the key, getting quality shots on offense."

"And I thought we played a lot faster than we've been playing," Jackson continued. "Our guards really played well. Ethan, Omar (Lewis) and Leonard, they were a lot more aggressive. We were really aggressive getting downhill, getting in the lane, and I thought they made good decisions when they got there."

The Red Devils' stout defensive effort got a big boost from Farrow, Jackson said. "Anytime Leonard's guarding the ball, we feel pretty comfortable. He's hard to get by. He's strong. I'd put him up against anybody as a perimeter defender."

He also said his team "rebounded a lot better" and was "really physical boxing out."

"We've played pretty decent defense all year long, but we haven't been very good offensively," Jackson said. "I thought we kind of turned that around tonight.

"This is a good win for us. I think it's a good win for our kids and community. I've got so much respect for those guys over there (Beckley). We try to mirror our program after some of the things they do."

Flying Eagles head coach Ron Kidd didn't coach Friday night. Woodrow Wilson assistant coach Steve Kidd said the Eagles needed to do a better job of defending against the Oak Hill shooters. "He's a good shooter, and we knew that," he said of Perdue. "We didn't do a good job ..."

Woodrow Wilson (2-5) is scheduled to visit George Washington on Monday.