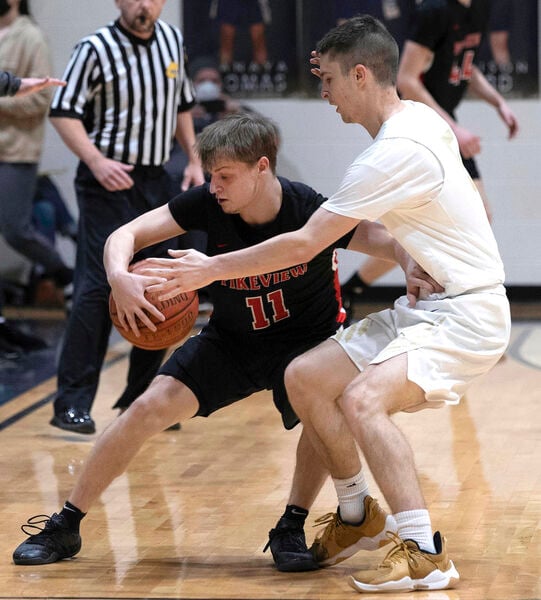 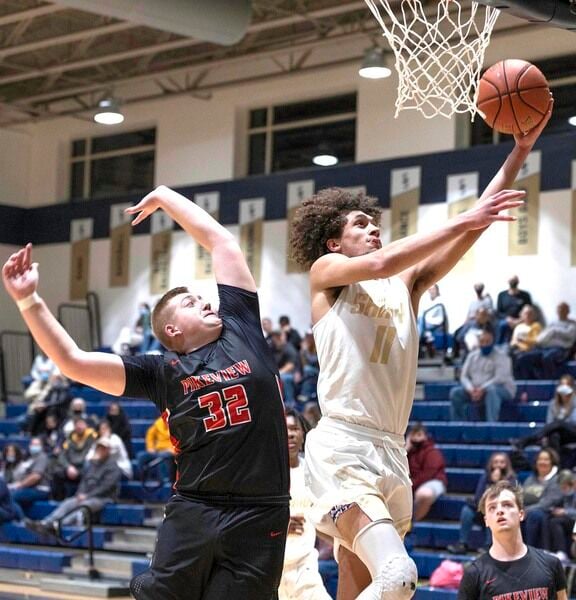 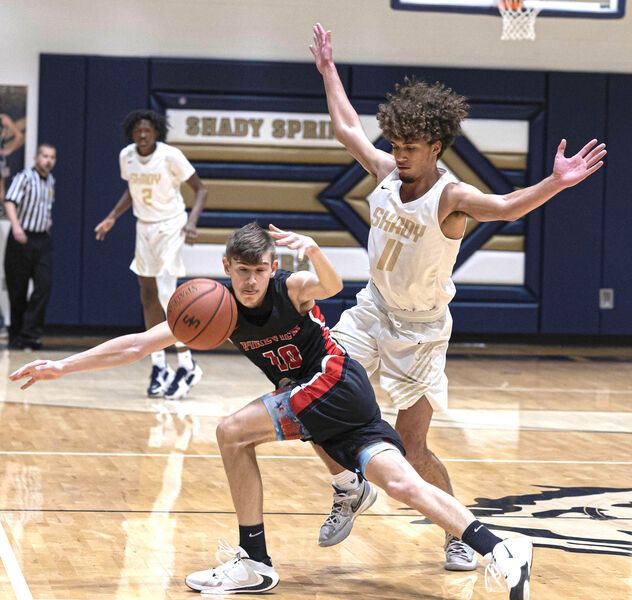 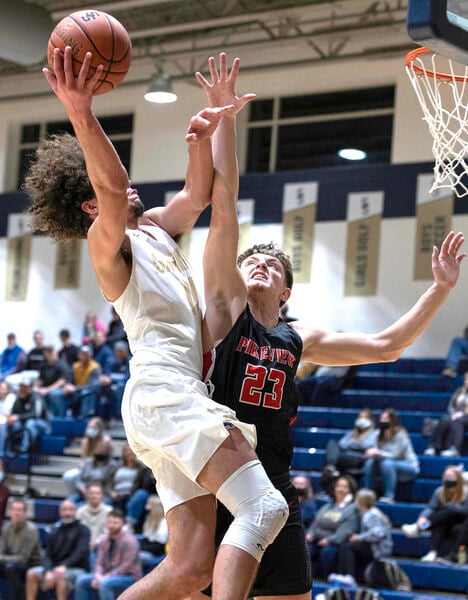 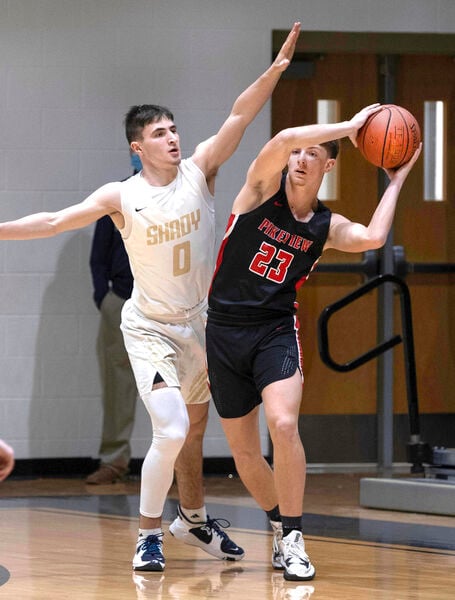 Dylan Blake of Pikeview makes the pass while being defended by Braden Champman of Shady Spring.Tina Laney/for The Register-Herald

Dylan Blake of Pikeview makes the pass while being defended by Braden Champman of Shady Spring.Tina Laney/for The Register-Herald

For three quarters at least, Shady Spring coach Ronnie Olson got what he wanted from his team in an 80-42 win over Class AAA Region 3, Section 1 opponent PikeView.

With a big week coming up, starting with a trip to Parkersburg and ending with game against Logan, which dealt Shady its one loss early in the year, and Greater Beckley Christian, which beat Class AAAA George Washington Thursday, Olson was hoping for a tune-up.

After an uneven first quarter, that’s exactly what he got.

“It didn’t start the way we wanted it to, but the end product was the way we wanted it,” Olson said. “I thought we had Gavin (Davis) step up tonight. We had some young guys play, Khi (Olson), those guys stepped up when Sam (Jordan) wasn’t able to play in the first half. We were able to do what we wanted. I thought they played hard; we just didn’t play with a purpose in the first half.”

Four players scored in double figures, led by Jaedan Holstein, who had 17, all with moves and putbacks around the basket. Cam Manns had 14, Ammar Maxwell 13 and Braden Chapman 12. Cole Chapman added nine and Davis had six.

The first quarter the Tigers scored everything on shots three feet in, a lot of the nine field goals like layup-line shots, drives straight to the rim that helped give Shady Spring a 23-12 lead at the end of the first.

The Tigers moved it outside in the second quarter and five of the seven field goals were 3s from four different players, two from Manns.

That was quite a dichotomy in quarters.

“Especially for them to be playing zone to get that many layups in the half-court offense was pretty good,” Olson said. “We got in the paint and then we were able to hit a lot of 3s there when they collapsed the zone."

PikeView coach Colton Thompson knew what the difference was.

“Defense, that’s their calling card,” Thompson said. “We were able to find a few baskets against that defense but it’s a tough nut to crack and do it consistently. A lot of times it’s three points on the other end instead of two. You turn it over against Bluefield and it costs you a layup on the other end. A lot of times with these guys it costs you a 3. That happened three or four times in the (second) quarter and that helps build a gap that is hard to overcome.”

Defense was the difference in the third quarter when Shady Spring closed the door on the Panthers, holding PikeView to two points.

A two to start the fourth completed a run of 20 unanswered points.

Olson was especially happy with the play of Davis off the bench.

With injuries giving the Tigers limited depth, Davis has been a big addition.

“Gavin is like a magnet with the ball,” Olson said. "I’ve said this before, if he was 6-7, 6-8 he would be a Division I basketball player. You are not going to outwork Gavin. He is all over the place. He makes up for his size. He’s like Rudy. He’s all over the place. If he wasn’t getting rebounds, he was getting tips to guys. That was big for us.”

Olson said the upcoming week is big and he has cautioned his team against looking ahead at the rematch against Logan with Parkersburg and potentially Lincoln (though weather is supposed to turn bad Sunday), but he knows what game his team has circled.

“Obviously the big game that everybody wants to see is Logan coming here Tuesday,” Olson said of the Class AAA No. 1 and undefeated Wildcats. “It’s all the kids have talked about. It’s a big game for us.. It’s one of the first games we have lost in a long time. And then we have (GBC) coming in who is getting as much (publicity) and is trying to get where we are (as defending state champions), so it’s a big week for us. It’s exciting for our program, for the school and community. But we don’t want to overlook those two games before we get there.”

He said the team got a bit of good news on the injury front.

“The good news we got from Brady (Green) today, he went to the doctor, and they are kind of half releasing him (to do light practicing) and they are looking at maybe full releasing him in February,” Olson said. “So, you never know we might get him back near the end of the season. We will see how he progresses. He is way ahead of schedule. That’s good news not only for the team but him. He is too good a kid to let something like (a knee injury) hold him down.”