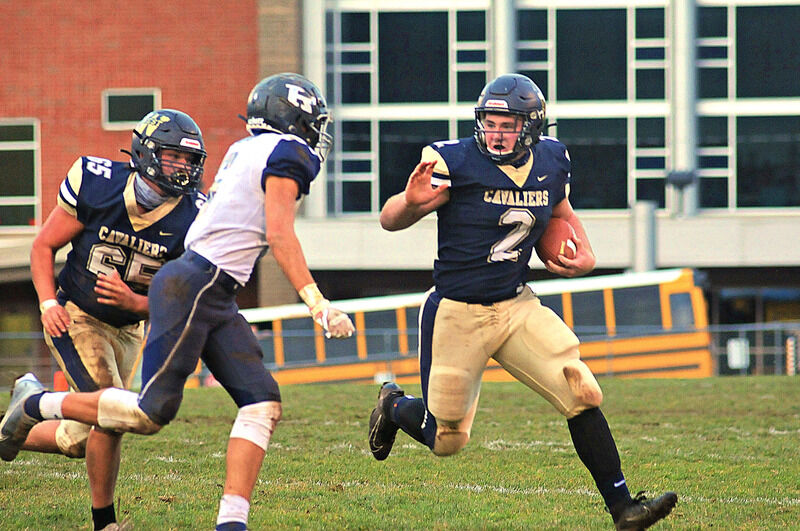 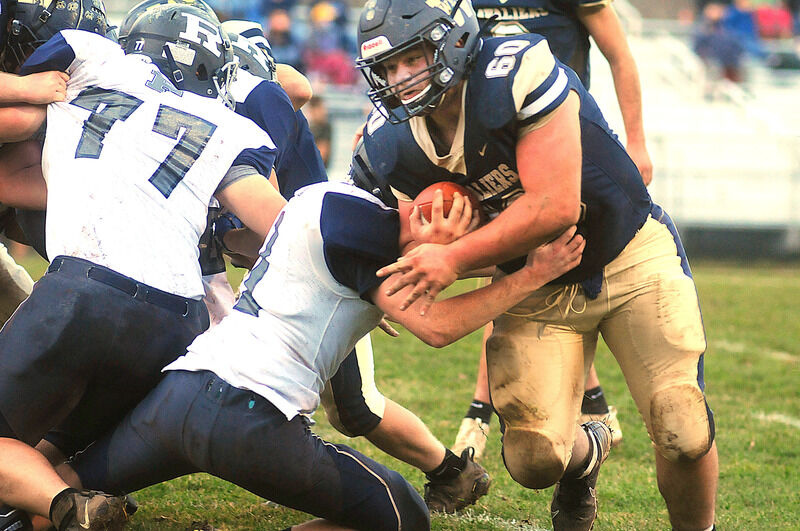 Cole McClung picks up a few yards for the Cavaliers against Richie County #3T. Paige Dalporto/for the Register Herald 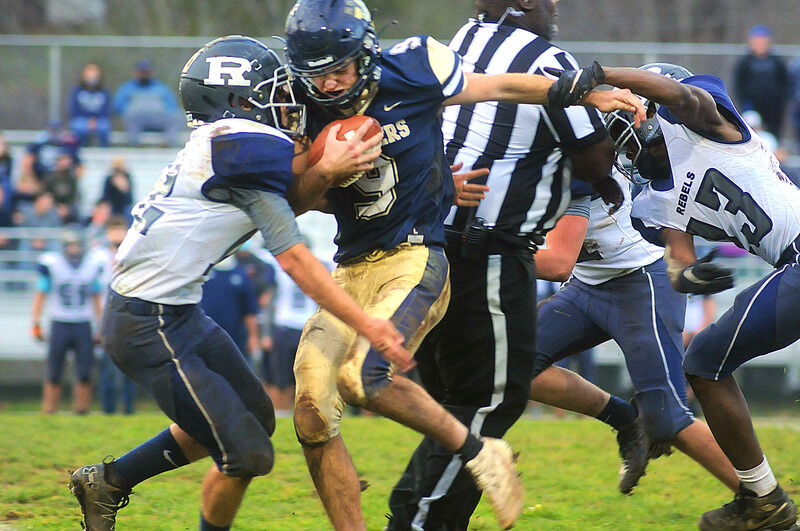 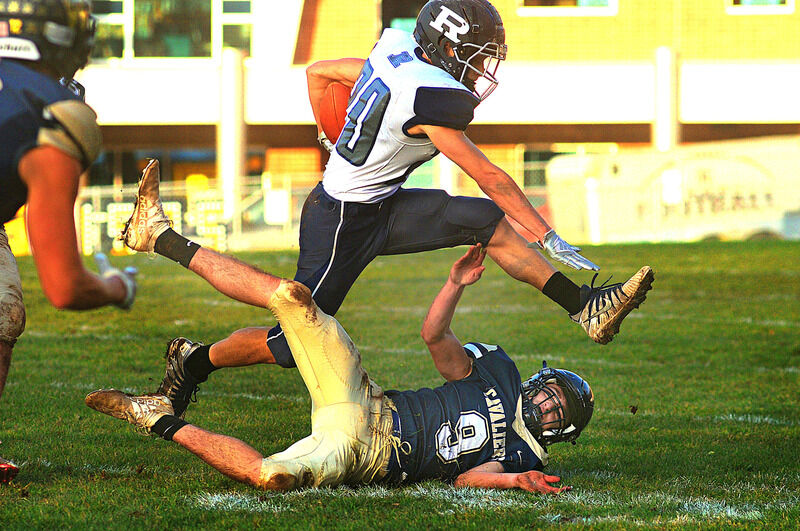 Cole McClung picks up a few yards for the Cavaliers against Richie County #3T. Paige Dalporto/for the Register Herald

CHARMCO — Coming into Saturday's Class A quarterfinal matchup between Greenbrier West and Ritchie County, the objective was clear — win and move one step closer to reaching the Class A championship.

By halftime, the stakes changed — win and you're in the Class A championship. Saturday's color map eliminated Tolsia and East Hardy from a quarterfinal matchup that would have seen the winner face either West or Ritchie County. That double forfeit ensured a bye and spot in the title game for Saturday's winner.

The host Cavaliers, in search of their first title game appearance since 2013, will have to keep looking.

The visitors from Ritchie County took advantage of a leaky Cavalier secondary, using big plays to overcome a 23-14 second-half deficit and end West's season with a 38-29 win.

After shutting down Ritchie's ground game early, West was unable to stop the aerial assault led by sophomore quarterback Ethan Haught, who completed 13 of his 17 passing attempts for 198 yards and three touchdowns.

"All year we've worked hard on our passing game," Ritchie head coach Rick Haught said. "Watching film on (West), they've given up some passes this year. We were down three kids, Graden McKinney went out there, and my play card was cut about in half, so they were doing everything they could to take Gus (Morrison) out of the game and did a good job of that earlier, so it ended up we spread them out. I thought Ethan made some really nice throws and we had guys get open. Earlier this year, some of those throws had been just a little long in those games we lost early and today, we thought we'd have to have them.

"How many times did we almost get a turnover? I thought that was going to bite us and it didn't. Our kids were resilient in the second half and that's kind of the way we were last week. Against Wirt County we just kept playing and playing and that's what we did today."

Though it took 10 minutes for the first score, each team answered promptly afterward.

After West quarterback Kaiden Pack opened the scoring with a 43-yard touchdown run to cap an 81-yard drive, Ritchie answered when Morrison returned a kick deep into West territory. Just 19 seconds after the Cavs got on the board the Rebels did the same when Haught found Dakota Wayne on a play-action pass for a 27-yard score.

Despite its leading rusher Noah Brown playing only two snaps on offense due to an ankle injury suffered last week, the Cavs had little trouble moving the ball on the ground.

West marched back down the field in the second quarter with a drive capped by a three-yard rushing score from Cole McClung, but Ritchie was quick to answer on its next drive.

Facing third-and-long, Haught found Morrison for a 36-yard completion and followed it up with a 26-yard scoring strike on the very next play as the Rebels tied it at 14.

"We knew they could do that," Greenbrier West coach Toby Harris said. "We knew the plays they like to run and we wanted to play them man for man and send our line and get some pressure on the quarterback and we didn't get much pressure on him tonight throughout the game. Occasionally we did but their receivers were just able to find the opening and the quarterback made great plays and made great throws and we just couldn't stop that pass."

West took the lead into the break when Levi Weikle found paydirt from 12 yards out and eventually extended its lead on the opening drive of the second half when Pack nailed a 27-yard field goal.

Unfortunately for the Cavs, Morrison, who led the state in scoring this season, caught fire.

A 22-yard passing touchdown from Haught to Morrison cut the deficit to a point after the pair connected on a two-point conversion, but West padded its lead at the end of the third when Pack sneaked it in at the goal line for another rushing score.

That was the final highlight of the night for the Cavs as Morrison got the edge on runs of 18 and 22 yards in the fourth, scoring on both with the final one serving as the dagger with 2:20 left.

"I think they had trouble on our jet sweep to get on the edge," Haught said. "So we hit it a couple times big and that opens up some other stuff, too, so the jet worked well for us tonight."

"We had 11 guys out there and they made the plays and we didn't," Harris said. "That's the bottom line. They did a great job outcoaching us and their kids made some great plays when they needed to make them."

Greenbrier West finishes the season with a 9-1 record, falling in the quarterfinals for the second straight year, and will graduate the core of players that led the program to back-to-back seasons with a playoff win.

"These kids had two good years and I told them they're leaving some high standards for these younger kids to step up to," Harris said. "I think we've got maybe a 14- or 15-game regular season home winning streak going on, we got in the second round of the playoffs. We're going to miss these seniors, but there's some good young kids coming and they'll have to work and step up."