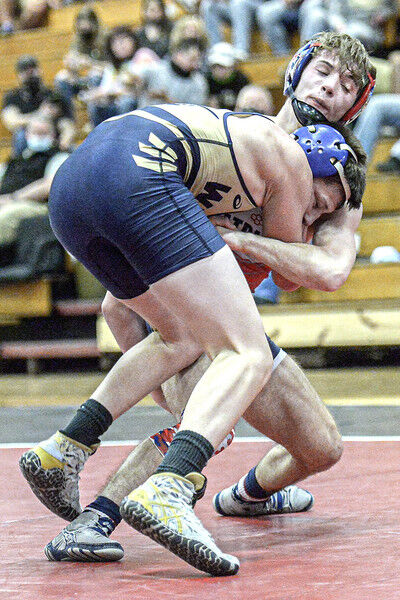 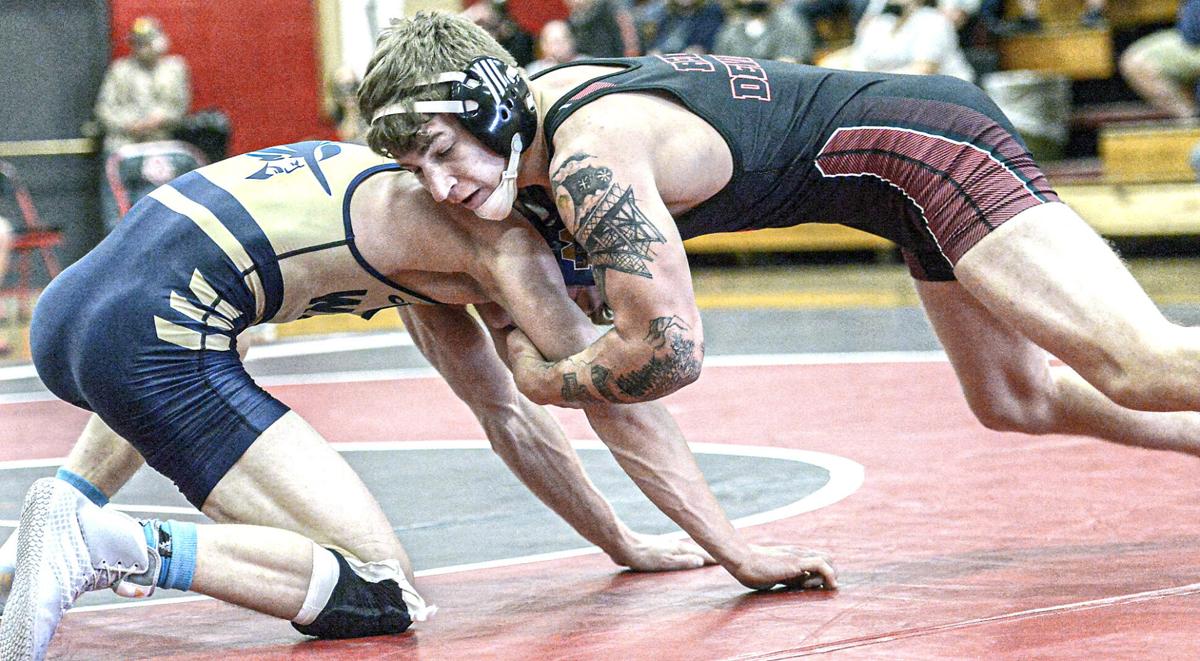 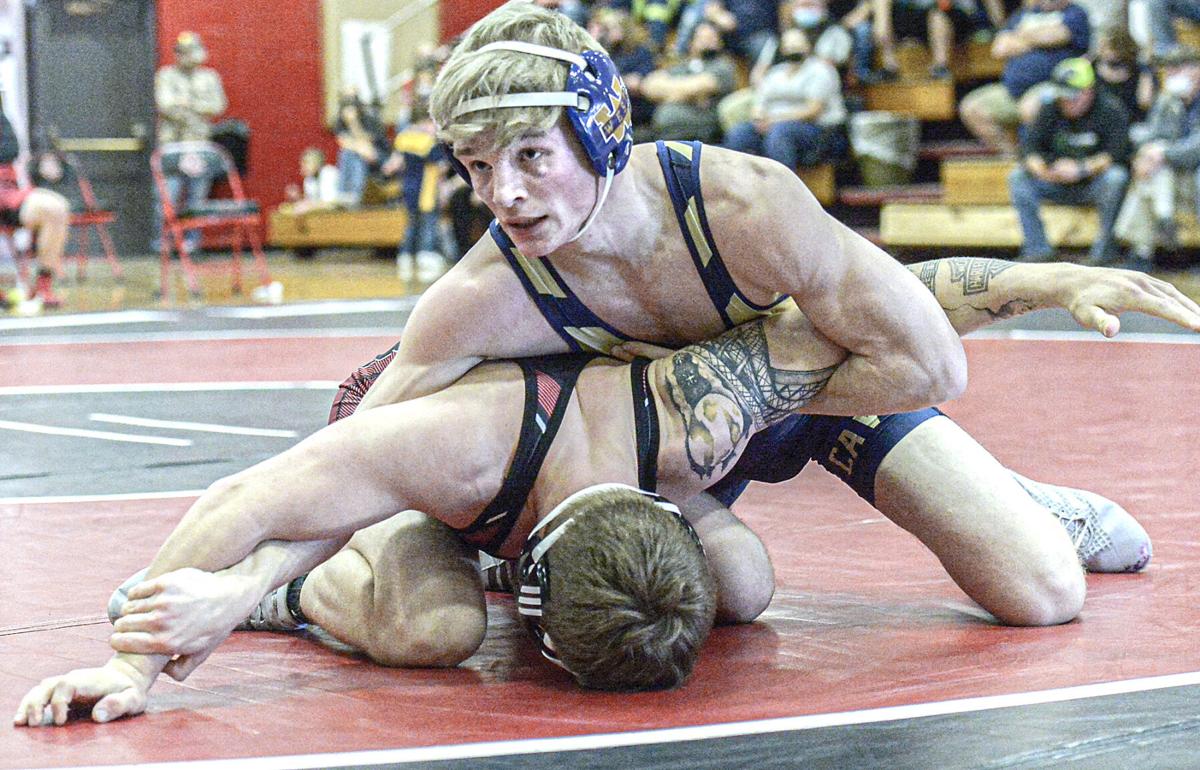 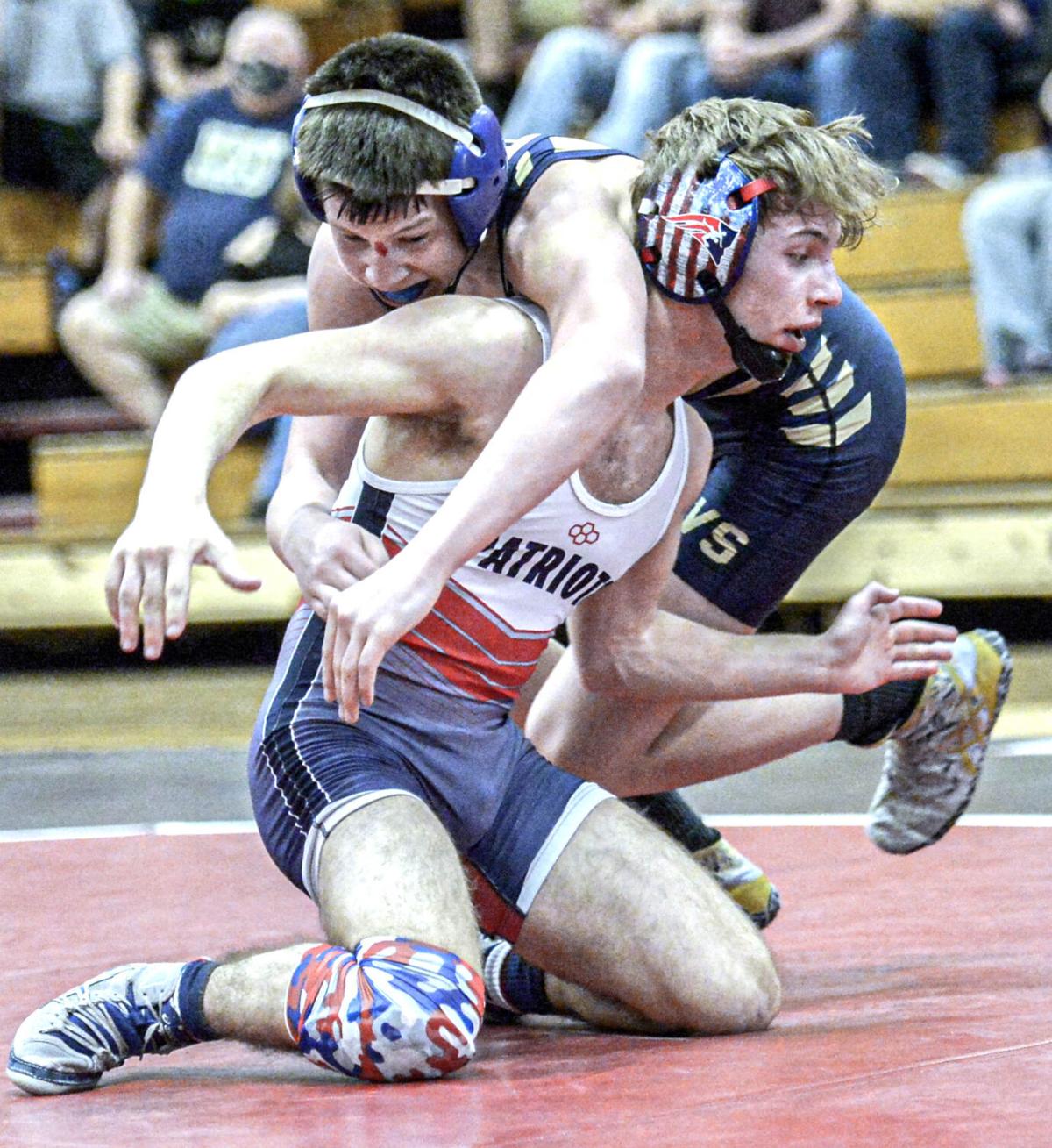 oak hill — Independence got back on the mat against Oak Hill last Saturday after a long quarantine. The Patriots took a 45-24 win, and coach Jeremy Hart was hopeful his team was on track to shake off the cobwebs.

"It's hard on them for sure. The hard part is it's something different every day," Hart said. "I know it's hard for everybody, but these kids just want to come to practice and try to go compete for a state title. Some of them have been pulled out just because of who they sit near in class.

"Luckily (Covid-19) hasn't affected our team (directly), but quarantine has. It's tough, but they keep their spirits up. They're excited to wrestle tonight, I think. Hopefully they go out here and show it."

The Patriots, ranked No. 2 in Class AA, defeated Class A No. 1 Greenbrier West and host Oak Hill in a tri-match Tuesday at the Jim Lilly Center.

Indy took down Greenbrier West 42-30 before closing the night with a 42-27 win over the Red Devils. Bryce Perdue, Judah Price, Colten Miller, Sam Adams and Atticus Goodson — who made his wrestling debut at 220 pounds last Saturday — all went 2-0.

After being off for nearly three weeks, Hart is happy to get back to a little consistency — especially after things had started so well. The Patriots went to Point Pleasant to open the season and, even though the two-time defending state champion Black Knights dominated the match, Hart was encouraged by what he saw.

"It was tough because we had everybody when we wrestled that first match at Point Pleasant and I thought our kids looked like they were in really good shape," he said. "They still had a lot to learn, but our conditioning was really good. I thought our conditioning was as good as anybody there. Then you take off 18 days or whatever we were, and you can't work with the kids, can't be at practice. So you're expecting them to do it on their own. Some of them do and I'm sure a few of them don't. But, yeah, it was tough. It's been a wild year."

He hopes the wildness stopped with last Saturday's win over Oak Hill. He could see the effects the long layoff had.

"I thought they wrestled good on Saturday," Hart said. "We had some newer guys where at this point (in a normal season) they would have 25, 30 matches. So it really hurts the newer guys who are still learning how to wrestle. The guys that have been around, a lot of them did stuff through the (offseason) so it didn't affect them quite as bad.

The Patriots will host Woodrow Wilson and PikeView tonight in their last regular season match. Barely a month after the season started, the Class AA-A Region 3 tournament will be held next Saturday, April 10, at Independence.

Like everyone else, the Patriots will be as prepared as they can be.

"We're going to work real hard in the next week or so and then we'll back off a couple days before regionals, but we'll probably go even harder than we have in the past because we haven't got the conditioning part down still yet," Hart said. "But we're ready to quit bouncing around everywhere, just play it safe and try to work on stuff in practices as a group."

Greenbrier West edged Oak Hill 36-34 in the night's other match.