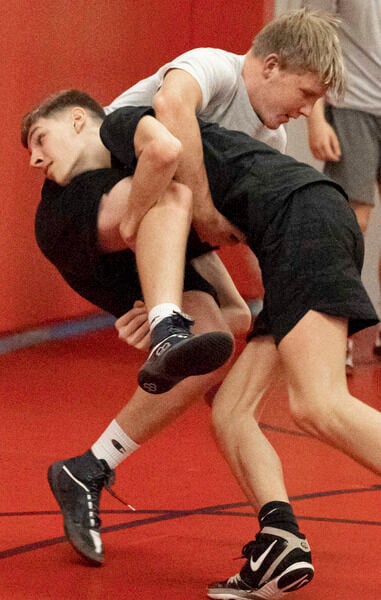 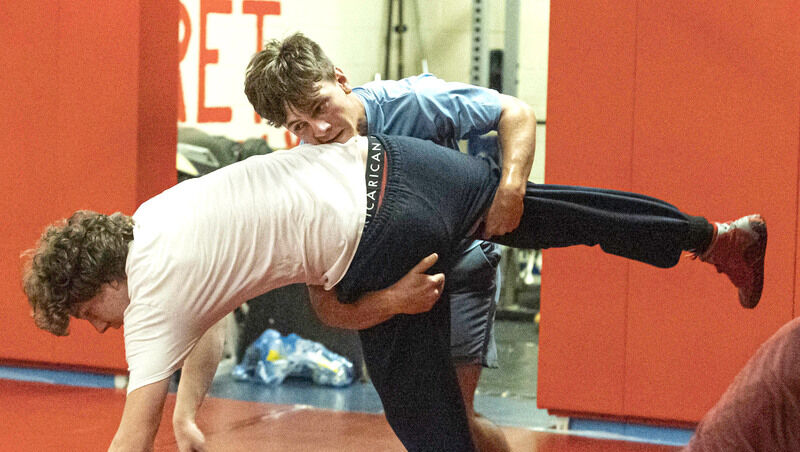 Independence wrestling coach Jeremy Hart obviously wants his team to be as successful as possible.

He also enjoys thinking about how special of a school year this can be for some of his wrestlers.

Many of them are on the football team that will host Roane County in the Class AA state quarterfinals on Friday, part of a team that is set up to be the most successful in school history. Others are also on the baseball team that is projected to make a big run in the spring.

Then there’s the wrestling team, one that is always in the mix with individuals capable of winning state championships.

Practice started Monday and Hart is focused, but he would love for the football team to hoist the trophy at Wheeling Island Stadium on Dec. 3.

“We’re looking forward to seeing them win a title,” Hart said. “I told them, some of them have a chance to get three rings this year. They could win it in football, wrestling, and baseball if everything worked out for them.”

He understands some of them are a little busy that their transition back to wrestling may be a little slower than usual.

“We’re definitely not trying to push those guys back in here,” Hart said. “That’s just way too much for them. There’s a few that come in and do light duty, but obviously won’t be into full-time until after football. We definitely don’t want to get one of those guys hurt.”

Not that it’s always easy.

“They will be in the mat room anyway. You can’t keep those guys out of the mat room,” Hart said. “But they are definitely on limited duty. I’ve got to watch them like a hawk, because they want to get out there and go full tilt, but it’s just not happening until the playoffs are over.”

Those guys – namely Judah Price, Colton Caron, Colten Miller, Logan Isom and perhaps Atticus Goodson – will help on a team that lost a sizable chunk of talent from the 2021 team.

“We definitely have some holes to fill,” Hart said. “That’s what I told them at the end of last year, we’re losing a lot of points here.

“Some of these guys definitely have some big shoes to fill.”

The Patriots reclaimed their Region 3 championship from Herbert Hoover and qualified all 14 wrestlers for the state tournament. However, five of them were not allowed to wrestle due to possible Covid-19 exposure, including Price, a state finalist at 126 as a freshman and regional champion at 138 last season.

Returning qualifiers who were not permitted to wrestle in Huntington were sophomore Caelyb Nichols (first, 132) and Goodson (third, 220). Miller (second at 152) also did not wrestle.

Big things are expected from sophomore Dillon Perdue. He was able to return to the team in time for regionals and wound up winning the state championship at 106.

Junior Josh Hart was second in Region 3 at 160 last year and “put on some size.” Seth Snuffer is back after sitting out last season, and so are Chase Ragland and Caleb Stover.

One new addition is Clay Basham, a junior who was a first-team all-state baseball player last spring.

The Patriots always seem to reload when it’s necessary, and that’s what they will have to do this season.

“After the first day of practice, we know we have some holes to fill. The guys that have been around a while, they have to go deep into the state tournament, obviously, if we’re going to have a good team. We’ve got to get the new kids a lot better, real quick – faster than normal, even – just because we lost so much off of that team last year,” Hart said.

“Everybody’s lost people. I can sit here and name kids off every team that’s left. There’s nothing to hang our head about. We’re definitely happy about the people we have in here. We’re hoping to get the football players back in here once they finish their run. I think we can have a good, definitely a top five team. Obviously that’s the goal. Hopefully pretty high on that. But we’ve definitely got a lot of work to do.”