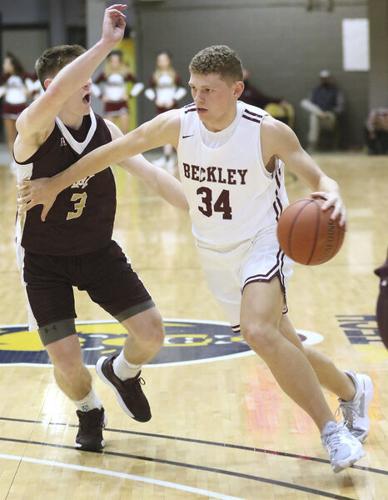 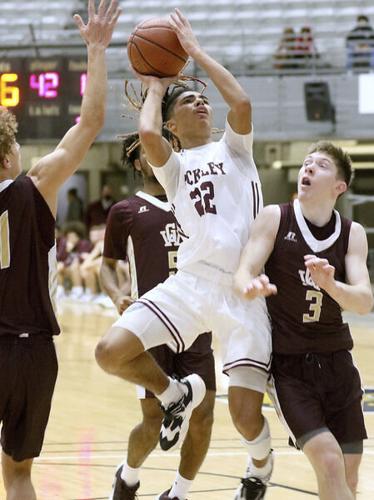 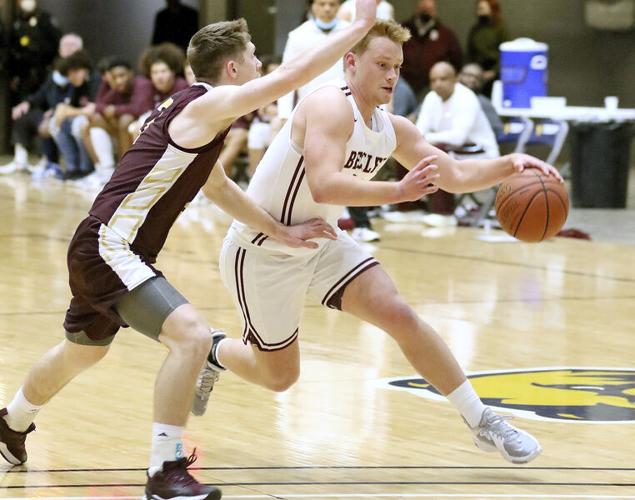 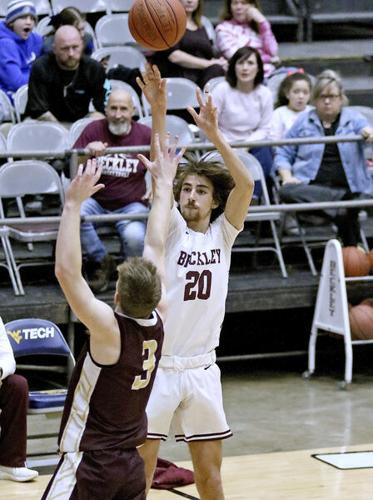 One night after giving the No. 4 team in the state all it could handle, Woodrow Wilson couldn't recapture that effort.

Class AAAA No. 5 George Washington took control from the outset, held off a Flying Eagle run in the third quarter and cruised to a 63-46 win over the Flying Eagles Wednesday at the Beckley-Raleigh County Convention Center.

Woodrow was coming off a 59-58 loss at fourth-ranked South Charleston, a game that came down to a controversial foul call with .3 second left. The officials conferred and put a full second on the clock, and the Black Eagles sank both free throws for the one-point win.

Things were different against GW.

"I was just hoping for more enthusiasm," Woodrow coach Ron Kidd said. "It was like dead legs, it looked like. But I'm not going to fault that because when you get ready for sectionals, regionals and the state tournament, you're going to play back-to-back. You've got to gut it out. So a lot of it is your heart and wanting to do things."

Patriots coach Rick Greene empathized with Woodrow playing on back-to-back nights against two of the state's top teams. The game was originally scheduled to be played in Charleston, but GW agreed to change so the Flying Eagles would not have to make the trip two nights in a row.

"The way the scheduling, you just run out of dates," Greene said. "That's really hard on them, and I'm not making excuses because Ron wouldn't make one and I wouldn't make one. But still, that's an advantage to us."

"It came down to us getting stops and rebounds," Kidd said. "When we'd get a stop, we didn't get a rebound."

A big part of that was Patriots junior Ben Nicol, who scored 17 of his team-high 20 points in the first half to help his team forge a 38-22 lead. He hit three 3-pointers and was also able to drive to the basket.

Nicol has offers from Ohio, Youngstown State, Stetson and Radford, among others.

"He can drive it, he can go right, left, he obviously shoots it well," Greene said. "One of the things people don't really know unless you watch him is he is a great passer. This is the best in a while that I thought he kind of played with the flow of the game. And when he has that rhythm like that, he's really good. If you put two on him, he's going to find the open guy."

Woodrow got back in the game in the third quarter with a quick 8-0 run. Elijah Redfern hit a 3-pointer and Landyn Wolfe followed with his own trey and a layup after a steal to get the Flying Eagles to within 38-30 at the 5:32 mark.

"We cut it to eight, and then I think we came down and thought we could get an 8-pointer," Kidd said. "We started doing the same thing we were doing (before) we cut it to eight."

Instead, GW regrouped and outscored Woodrow 14-2 over the next three and a half minutes to surge back ahead 52-32.

"That's as consistent as we've been for four quarters, so I was very, very happy with that," Greene said. "We had a couple of lapses. I was really upset when we came out in the third quarter and they got back-to-back 3s. You know, you have a lead like that, you want to hit the back-to-back 3s and try to take their hope away. But the good thing is, tonight we regrouped, went down and got a couple of buckets, and sometimes we have struggled doing that when we hit those lapses. I was, overall, really happy with the kids."

Zane McCarty scored 14 points and Brendon Hoffman 11 for the Patriots.

Redfern scored a game-high 28 for the Flying Eagles.