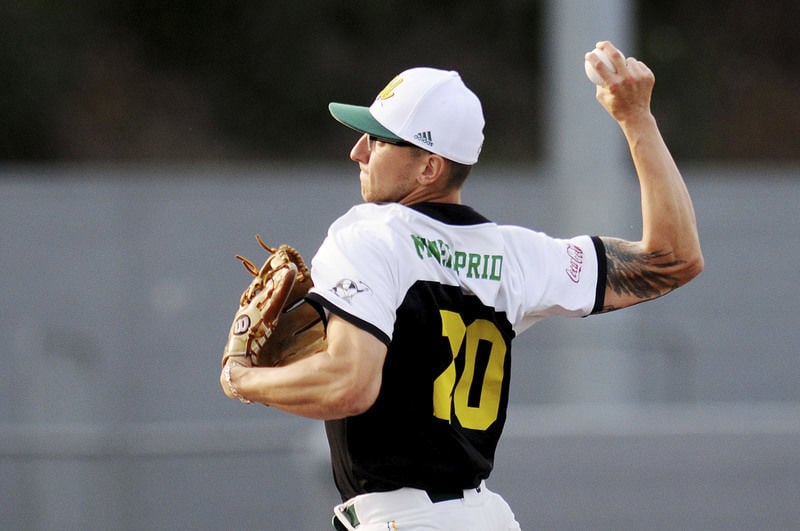 The Miners pitcher Zachariah Devon (20) delivers a pitch during their baseball game against the Champion City Kings in Beckley on Tuesday. (Chris Jackson/The Register-Herald) 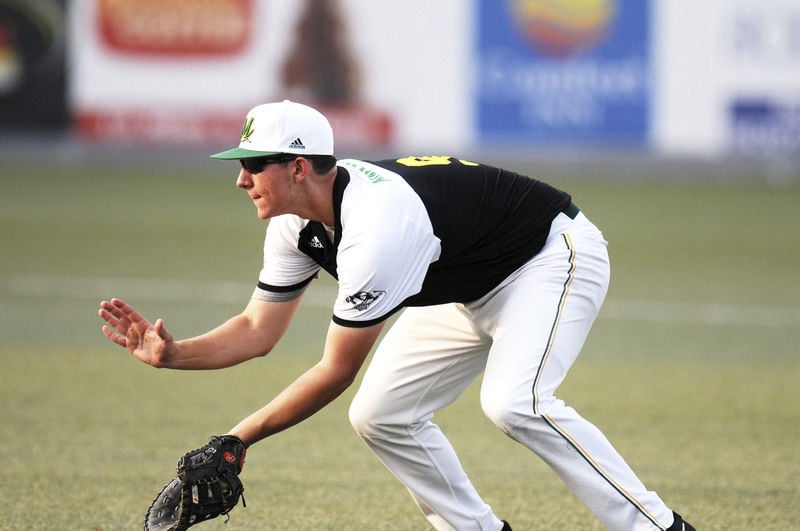 The Miners pitcher Zachariah Devon (20) delivers a pitch during their baseball game against the Champion City Kings in Beckley on Tuesday. (Chris Jackson/The Register-Herald)

Maybe a change of scenery will help.

The West Virginia Miners closed out their season-opening homestand Tuesday with an 11-7 loss to Champion City. They will travel to Springfield, Ohio, this morning to face the Kings for the start of their first road trip of the season.

Kings catcher Bo Seccombe hit for the cycle and finished 4-for-5. His home run was a grand slam in the fifth that put Champion City ahead 8-1.

He completed the cycle with a double in the ninth.

Miners pitchers gave up double-digit hits for the fourth time in five games. The silver lining was that the walks (four) and hit batters (one) went down.

The Miners (0-5) showed glimpses of improvement, but the Kings ultimately had answers. They broke through in the fourth for a 3-1 lead thanks to a pair of infield singles that prolonged the inning long enough for a two-run double from Marcus Ernst.

The game unraveled for the Miners in the fifth.

William Mapes doubled to drive in Kawambe Moss and went to third on Jesse Hall’s single, then Aaron Hughes walked to load the bases. Seccombe then launched Zachariah Devon’s 2-1 pitch over the wall in right field for a grand slam and 8-1 Champion City lead.

Reliever Jacob Rucker went ahead 0-2 on Angel Jimenez leading off the sixth but Jimenez worked the count full and singled to right. Two outs later, Hall hit a two-run homer to make it 10-2.

The Miners lost a potential rally when James Jones was gunned down at the plate to end the bottom half.

“Certain baseball situations call for certain things,” first-year Miners manager Mike Syrett said. “Just like anybody else, I’m learning as I go. I’m going to take a little of the (blame) for this one. I think I could have made some moves and made something happen and changed the momentum of the game. As we grow together as a team I think it’s just going to start clicking and there will be a snowball effect from there.”

The Miners’ bats came alive in the seventh when Brock Randels singled and went to third on Tyler Hill’s double, then scored on an infield single by Matt Rubayo. Jonathan Pasillas then drilled a three-run homer to left to make it 11-6.

Pasillas was 3-for-5 with a pair of doubles to give him a league-leading six on the year. The senior from Missouri Baptist who is now hitting .471 is now full-time after signing on as a temporary player to start the year.

“Baseball is a game of adversity,” Syrett said. “If you can’t face it head on and move forward from whatever happens, you’re going to have a really hard time with this game. I’m trying to remain positive and I’m trying to keep them motivated and get them to understand that the game is hard. There’s only so much I can do. I’m just waiting for them to take charge, a guy to step up here and there, maybe we come from behind in a victory somewhere and (get) the spark that we need.”