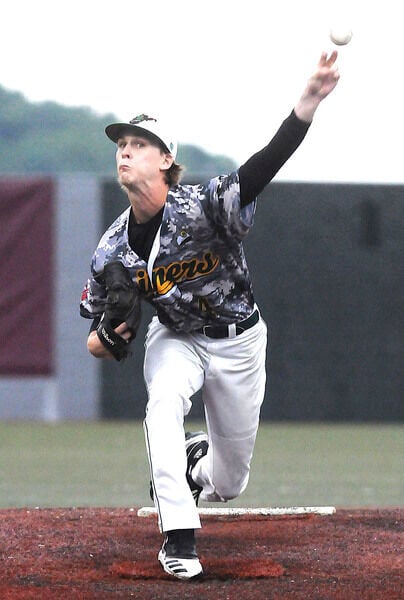 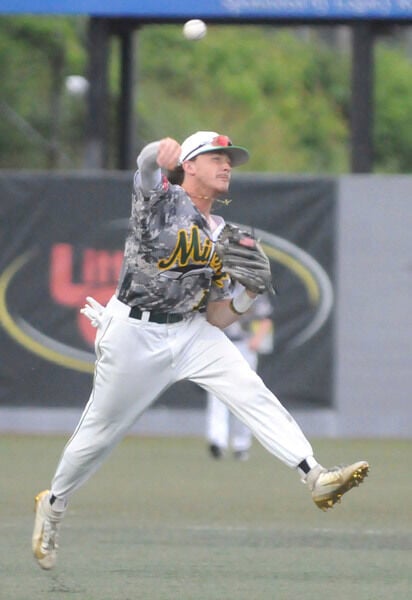 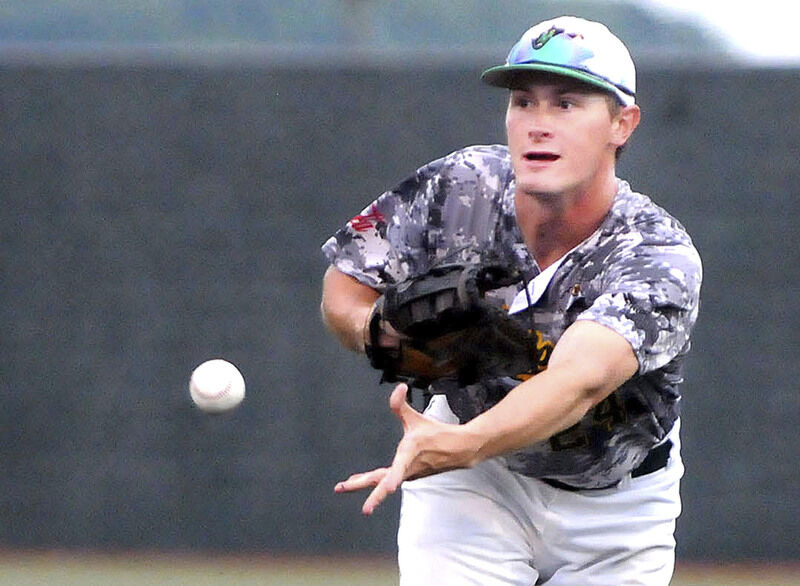 Miners 1st baseman Pat Mills underhands the ball to the pitcher for an out at first base. Jon C. Hancock/for the Register-Herald

Miners 1st baseman Pat Mills underhands the ball to the pitcher for an out at first base. Jon C. Hancock/for the Register-Herald

Pat Mills homered for the third time in two games and the West Virginia Miners defeated the Chillicothe Paints 8-0 Tuesday in a game called in the bottom of the sixth inning due to rain.

The Miners (5-5) had the bases loaded with two out when the game was delayed for a second time because of a heavy rain. The game was called soon after.

Mills' three-run homer highlighted a four-run first for the Miners, who won for the fifth time in six games. He finished 2-for-3 with four runs batted in and raised his average to .480.

Denver Blinn had a double and scored three times.

Myles Daniels (1-1) got the win after five shutout innings. He walked four but allowed just three hits and struck out five.

The Paints' Tyler Wehrle (0-1) gave up six runs, four earned, and six hits. He struck out five and walked three.

The teams will play in Beckley again Wednesday at 6:35 p.m. before heading to Chillicothe for a doubleheader Thursday and single game Friday.

They will return to Beckley Saturday and Sunday, then back to Chillicothe next Tuesday and Wednesday,