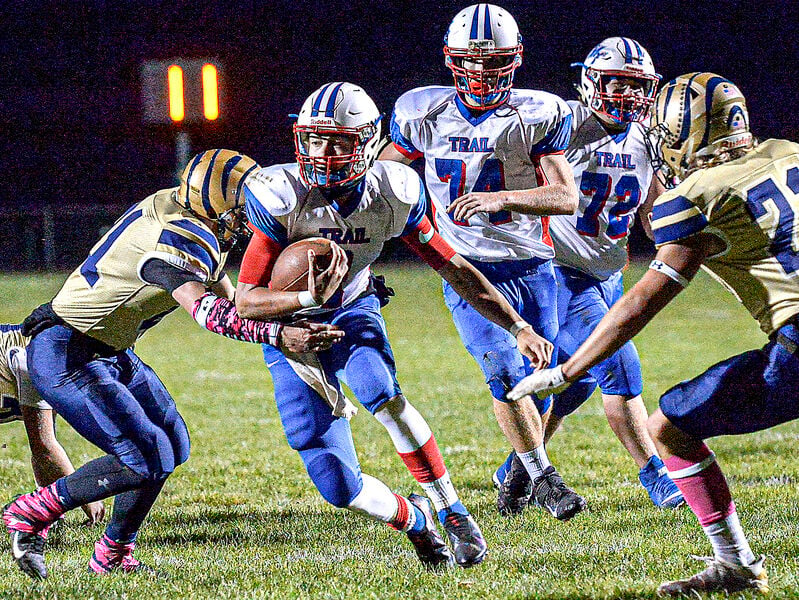 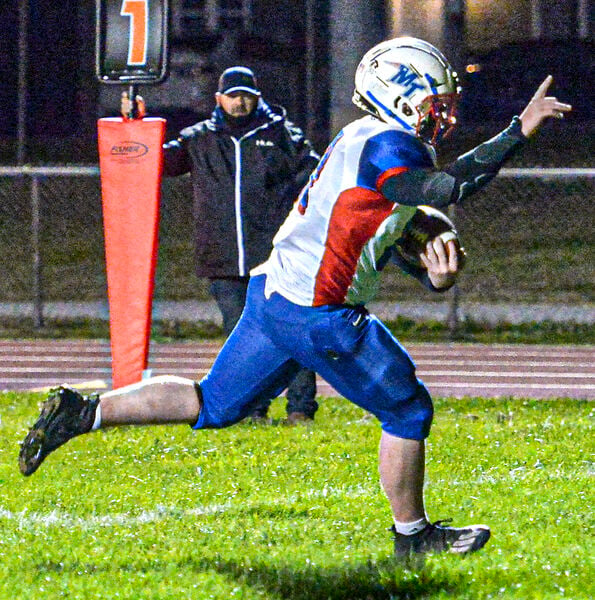 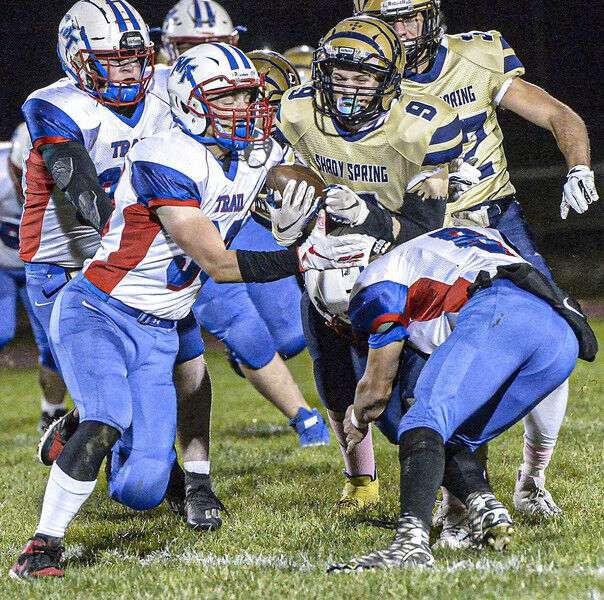 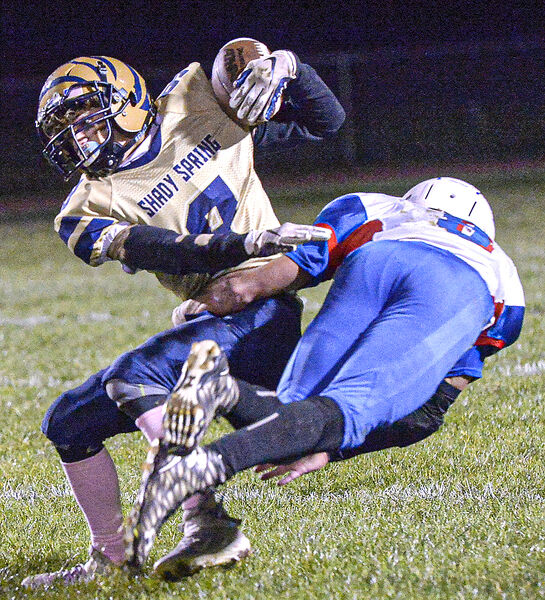 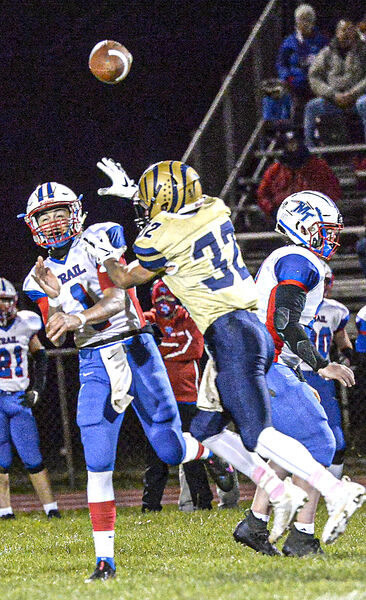 Three games into the season, Midland Trail coach Frank Isaacs has seen a couple of trends from his team.

One is good — several players are contributing on a weekly basis. Another is not so good — a tendency to struggle in the second half.

Of course, the biggest trend has been the result, which was the same Friday night as the previous two weeks.

The Patriots (3-0) ran for 295 yards and quarterback Chris Vines was 10-of-13 for 103 yards with two touchdowns and two interceptions. But only 123 of those 398 total yards came after halftime, when Trail managed just three offensive points.

"We played a really clean first half," Isaacs said. "For some reason we are horrible in the second half. We haven't scored an offensive touchdown (in the second half) in the three games we've played. That shows that we have some improvement (to make), but if we can put (the third and fourth) quarters together like we did the first two, we can be a really good football team."

Trail scored on its first four drives, including a 5-yard touchdown catch and a 1-yard TD run by Aden Isaacs that made it 14-0 in the first quarter.

Meanwhile, Shady managed just one big play in the first half. Sophomore quarterback Cameron Manns found Jadon Hershberger one yard beyond the first down marker, then Hershberger turned around and burned through the secondary to complete a 72-yard touchdown to get the Tigers to within 14-6.

Beyond that, the Tigers punted three times and two other drives ended on interceptions in the first half.

Things started to change late in the first half when Shady's Ian Whited intercepted Vines at the Shady 29-yard line. The ensuing drive ended with Vines intercepting Jared Lilly — who replaced Manns halfway through the second quarter — but the Tigers were able to carry the momentum into the second half.

Vines was again picked off, this time by Hershberger, who was making his return from injury. The first play of the next drive appeared to be a 15-yard completion from Lilly to Christian Spolarich, but a holding penalty nullified the gain.

The Tigers punted to end that drive and never regained any momentum on offense. They were held to 213 yards of total offense, just eight on the ground.

Shady's defense, however, was able to keep the Patriots out of the end zone after halftime. Talon Shockey's 23-yard field goal put the Patriots ahead 31-6 with 3:09 left in the third.

"We were there (but) didn't make the tackles (in the first half)," Shady Spring head coach Vince Culicerto said. "In the second half, started making tackles and wrapping up and you saw the difference. Offensively we just couldn't get things going. Here and there a big play, but we just couldn't get it done."

"I was worried about the beginning of the game, to be honest with you," Culicerto said. "I knew we might be a little bit flat, and we were. It seemed like we were there, but give Trail credit, man. They are shifty backs. They're a nice looking team and have got three or four backs that can come at you. And the quarterback, if he tucks it he's hard to bring down."

That was on display Friday night. Robert Ruffner posted his third 100-yard game, finishing with 103 on 16 carries. Isaacs carried 19 times for 96 yards and Aaron Sisler had a 23-yard touchdown.

Frank Isaacs said the perceived depth is more about the personnel's execution in specific schemes.

"I don't realize it," he said. "Everybody says (we) run kids in and out, left and right and it looks like we've got 30 kids out there sometimes. I don't really see that, but we do have a lot of personnel changes and do a lot of different formations. We have a lot of kids that's got skill and we try to give them the opportunity to get the ball and make some plays in open space."

Ruffner returned an interception 60 yards with 1:53 to go.

Shady is scheduled to go to Ripley next Friday, Oct. 23, while Trail is supposed to host Buffalo. Both games, of course, hinge on the results of Saturday's 5 p.m. Covid-19 metrics color map. Jackson County (Ripley) was gold last week, and Putnam (Buffalo) has been trending in that direction this week.