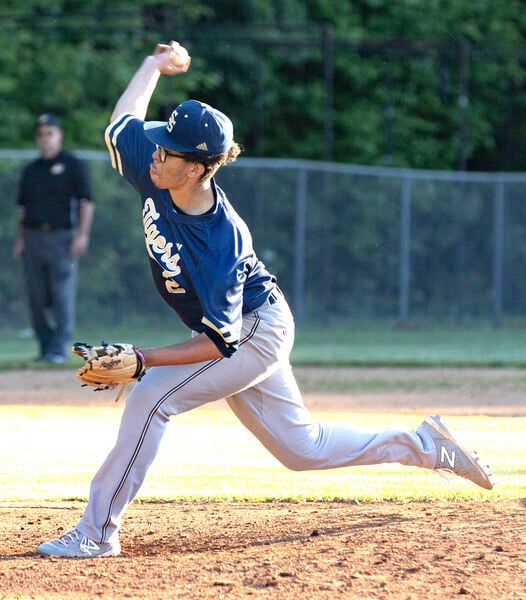 Cameron Manns on the mound for Shady Spring pitched 5 innings for the win against Indy during Sectionals Friday night. Final Score 11-1Tina Laney for Register-Herald 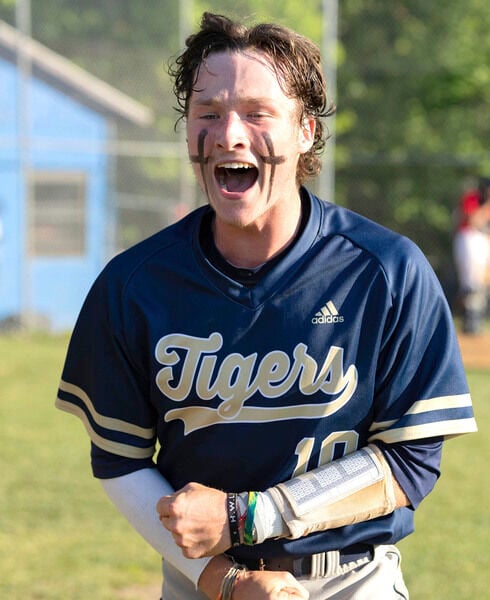 Parker Redden for Shady Spring fired up after winning against Independence to advance to the Sectional Championship Game.Tina Laney for The Register-Herald

Cameron Manns on the mound for Shady Spring pitched 5 innings for the win against Indy during Sectionals Friday night. Final Score 11-1Tina Laney for Register-Herald

Parker Redden for Shady Spring fired up after winning against Independence to advance to the Sectional Championship Game.Tina Laney for The Register-Herald

The pitching matchup was all about familiarity.

The unfamiliar won out.

Instead of the host and No. 1 seed Patriots raising the trophy as expected, the county rivals will meet again Saturday at 2 p.m. in a winner-take-all setting.

"We were fired up — it's Indy," Manns said. "We love playing Indy. We love the competition. So we came in fired up and got the job done."

Manns was as amped as anybody, evidenced not by his calm demeanor on the mound but by the velocity and movement of his pitches.

The sophomore right-hander struck out nine and walked one in a complete game. The Patriots' lone run came when Atticus Goodson scored on a misplayed fly ball in the shallow right field grass with two out in the first inning.

The one run was a season-low for the Patriots.

"They seemed to be a little bit behind on the fastball, and I threw the curveball when I was up in the count," Manns said. "It wasn't working well in the first inning. In the second inning, third inning it started working."

Manns struck out the side in the second in the middle of retiring seven straight batters. After scoring in the first, the Patriots (20-2) threatened only once more — they got runners on the corners with one out in the fourth, but Manns got a popout and a force at second to end the inning.

Manns again struck out the side in the fifth to end the game via the mercy rule and closed with 77 pitches, 45 for strikes.

"He's been a dog, and obviously coming from basketball to baseball he was having some arm injuries because he wasn't getting the long tosses he should have in the offseason," said Jordan Meadows, who is in his first season as the Tigers' head coach after 2020 was canceled amid the pandemic. "I told him, 'This is your hill tonight. Make it happen.' He said he was feeling good."

"He pitched phenomenal today, I thought," Independence coach Scott Cuthbert said. "He threw a lot of strikes and kept us off balance a little bit. It seemed like he had really good velocity today."

The Patriots had only seen Manns once before, when he threw 1 1/3 innings in a 7-3 win. The Tigers, meanwhile, were facing Indy junior Tanner Sipes for the third time.

They pounced this time around and got to Sipes for five hits and four runs in two-plus innings.

"We saw Tanner twice — well, 1 1/2 times — already this year and I told them we know what he throws and we've got to be aggressive, and we've got to get ahead, because the first two times we played them they jumped on us and gave us the pressure," Meadows said. "Tonight, we put the pressure on them."

The Tigers took a 2-0 lead on the first, jumping on Sipes from the start. And showing the attack would continue, Adam Richmond pulled a solo home run over the right field fence to start the second. He confidently raised his bat in the air as he trotted to first base.

Sipes was lifted after giving up a leadoff double to Alex Johnston in the third. Senior Hunter Schoolcraft relieved and didn't fare better.

"What made happiest was execution," Meadows said. "We took advantage of their mistakes and we scored when we had to score. The last couple games we've been just kind of chipping here and there. Tonight we put it all together and it showed."

"You have to give them credit. They really hit the ball real well today," Cuthbert said. "We didn't do a very good job. It just seemed like — I don't know exactly, but it didn't seem like we were ready to play today."

Richmond drove in three runs for Shady. Johnston and Mason Palmateer both had three hits.

The pitching matchup for Saturday will likely be Johnston for the Tigers going against Andy Lester for the Patriots.

"What more can you ask for than to play against your county rival and No. 1 in the state for the sectional championship, with your ace on the mound in Alex?" Meadows said. "That's picture perfect. It's what we want.

"It's going to be a great game. Independence is a tough team, but we're excited."