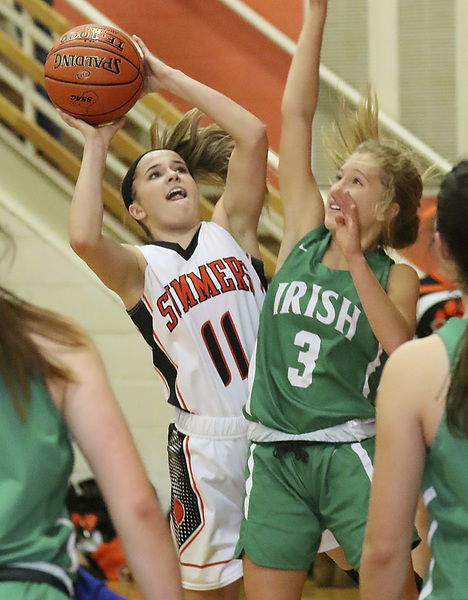 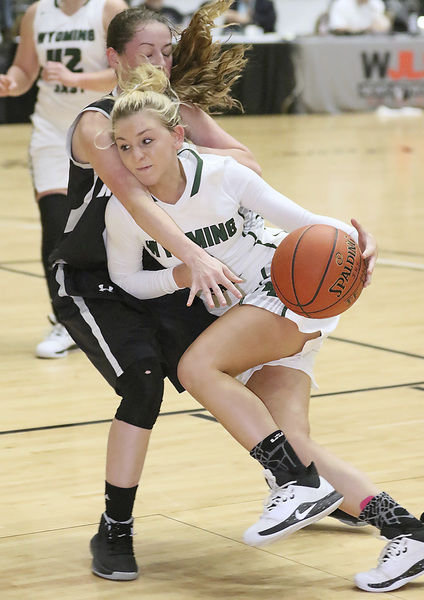 For many student athletes the coronavirus pandemic has already cost them a chance at a state title, the end of a school year or or spring sports.

But it hasn't stopped there.

For athletes heading into their senior year, this summer was supposed to be a last push to showcase what they have, particularly on the AAU circuit. Now that's in question.

With restrictions in place because of the virus many AAU tournaments have already been canceled and the NCAA has repeatedly extended its dead period, a time frame in which coaches cannot have face-to-face contact with student athletes, watch them compete or visit them at their high schools. For Division l that period has already bene extended to July 31.

Division ll is currently in a quiet period which entails many of the same restrictions with the exception of coaches being allowed to meet face-to-face with recruits on campus.

For many 2021 basketball recruits that's led to much uncertainty as they try to make their final push for scholarships.

"This summer I have to do what I can to get an offer," Wyoming East point guard Skylar Davidson said. "I continue to work while I have the time to and try to be ready to play whenever we can but right now it kind of sucks. I'm finally feeling like I'm back to the real me since my injury so I was ready for this summer, but then most of it got canceled."

Davidson's situation is unique. As a freshman in 2018 she tore her ACL in the winter and missed out on the AAU circuit that summer but returned in 2019, helping lead her team to the 16U championship in the Under Armor Association Basketball Circuit.

"It's a shame because I was really starting to feel like myself again," Davidson said. "Before, and even last summer, I felt like I was always playing with my knee in mind. I was thinking about it when landing and driving the lane but recently I had been able to forget about that and just play my game without any worries."

Davidson isn't the only area athlete in this situation.

Prior to the Secondary Schools Activities Commission pulling the plug on the girls basketball state tournament, Isaac had to wait to join the AAU circuit, as playing would've made her ineligible to return to the Lady Bobcats. Fortunately for the rising senior, no AAU tournaments were played in the meantime because of the virus and the state tournament was ultimately canceled.

Much like Davidson, Isaac will begin playing on the AAU circuit in the coming weeks, but neither will be doing so in front of a packed crowd of college coaches.

"Right now we have a couple tournaments," Isaac said. "A couple are still on as of right now. I'm heading to Pittsburgh on Thursday and I'll be in Nashville later. Coaches won't be there, but they'll livestream. I don't know what kind of exposure we'll get, but hopefully it helps."

As it sits now, Isaac has a couple of offers from local school such as Bluefield State, where she recently visited, and WVU Tech

"I've reached out to couple different schools and my trainer has reached out to a couple I'd be interested in," Isaac said. "Even with the tournaments coming back it's still hard. We're used to seeing coaches and getting to talk with them. Now we'll see that these different schools and coaches are watching and they could be from schools we've never heard of which makes it hard for us. We want to go somewhere we feel like we belong and it's hard feel that out in the current situation. And there are thousands of other players around the country in the same situation."

Davidson, who has extended her scope to schools further outside the area, has been met with reluctance because of the uncertainty.

"I currently don't have any offers," Davidson said. "I've talked to a few coaches but nobody is ready to offer at this point because of the whole virus situation. Nobody wants to put anything out yet. I'm kind of stuck in between Dl and Dll. Some are afraid to offer and some are afraid to take the chance. I'm just hoping to get to play on the circuit to get the exposure and be able to show out."

Even when the tournaments return for both players, there's no guarantee how long they'll last. With the number of virus cases on the rise, many related to travel, an infection to one player would hamper a program's ability to keep competing throughout the summer. With that in mind each program is taking precautions.

"Temperatures are being checked at the door," Isaac said. "We'll have that and masks are going to be required in a lot of places but that's what we know right now as far as precautions."

Davidson's program will have the same precautions in place with additional restrictions. Teams will not be allowed to shake hands after the game or use their own basketballs.

"There are a lot of us that need this summer," Davidson said. "Me and a couple of my teammates needed this for the final push and exposure. We're going to be careful the best way we can."