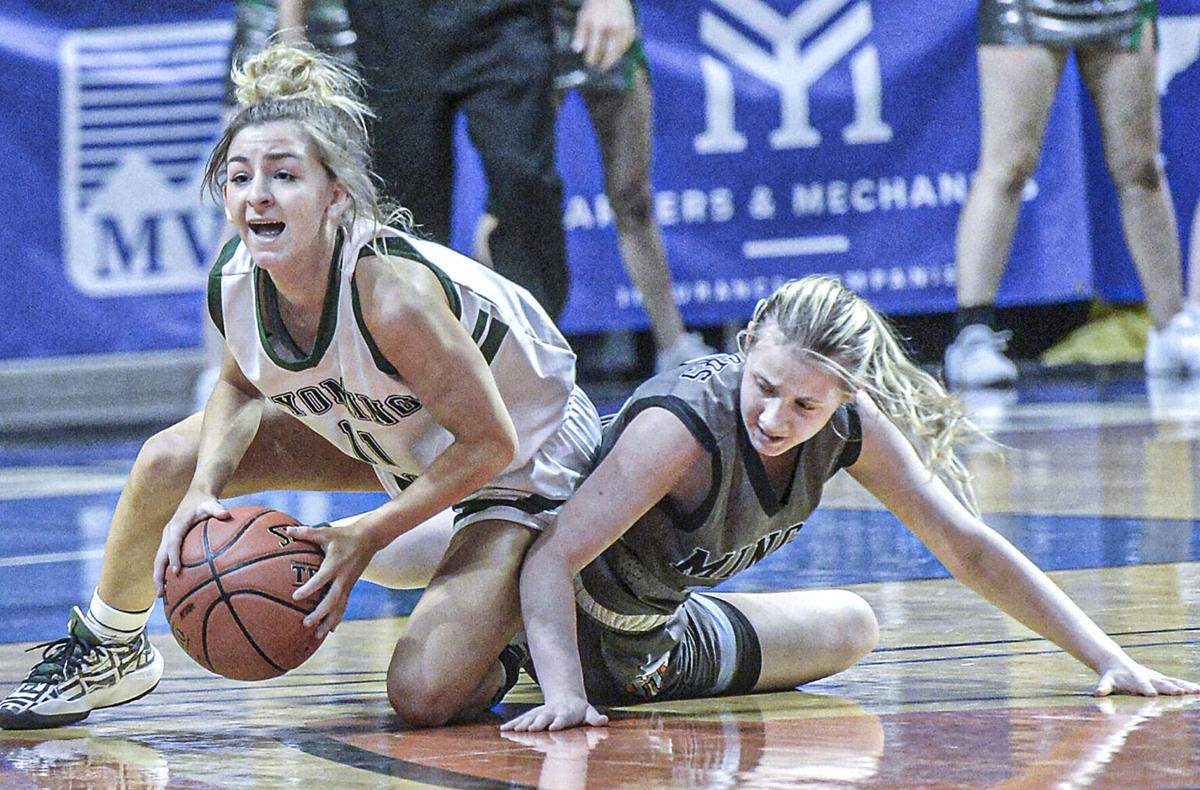 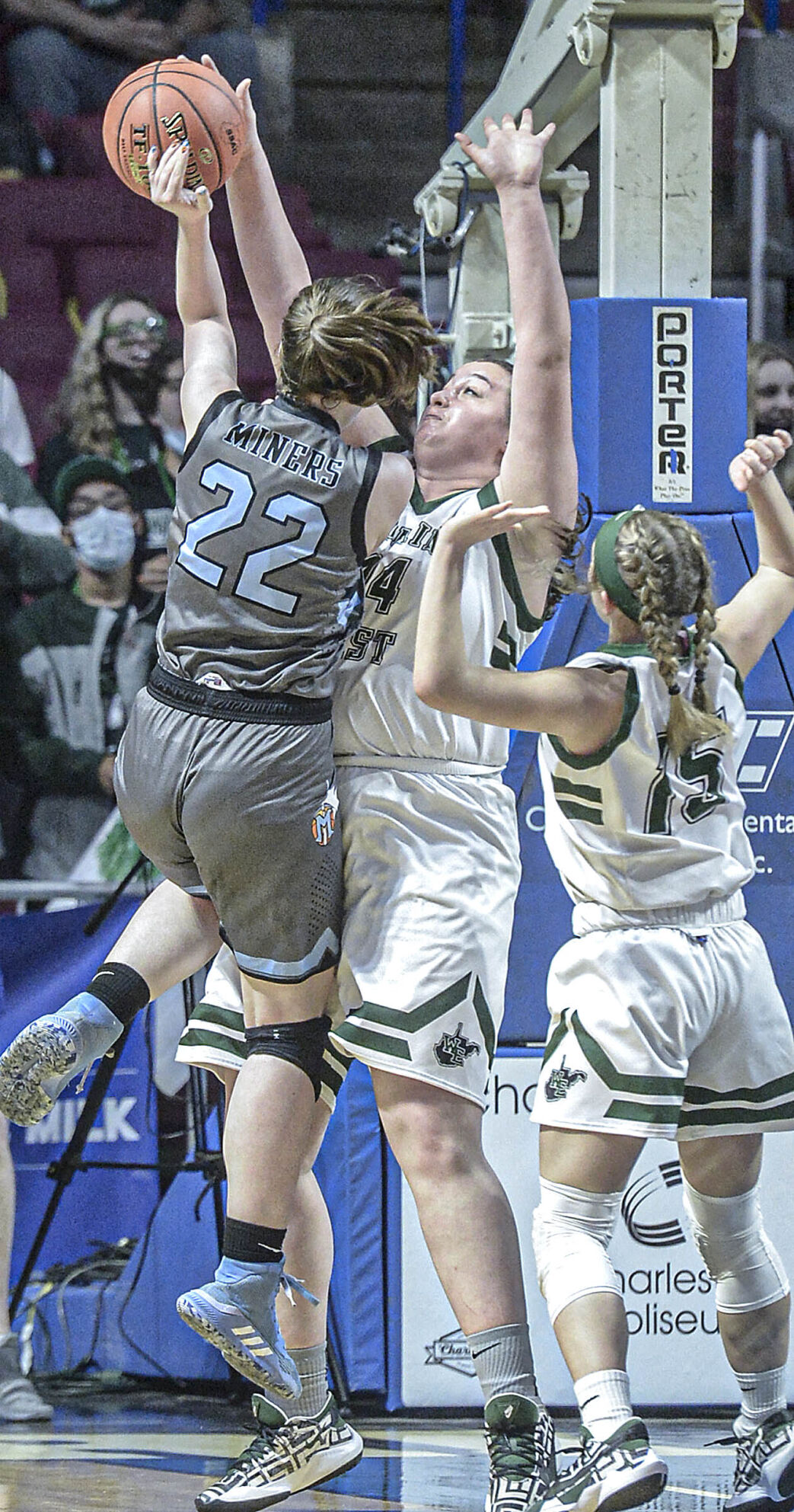 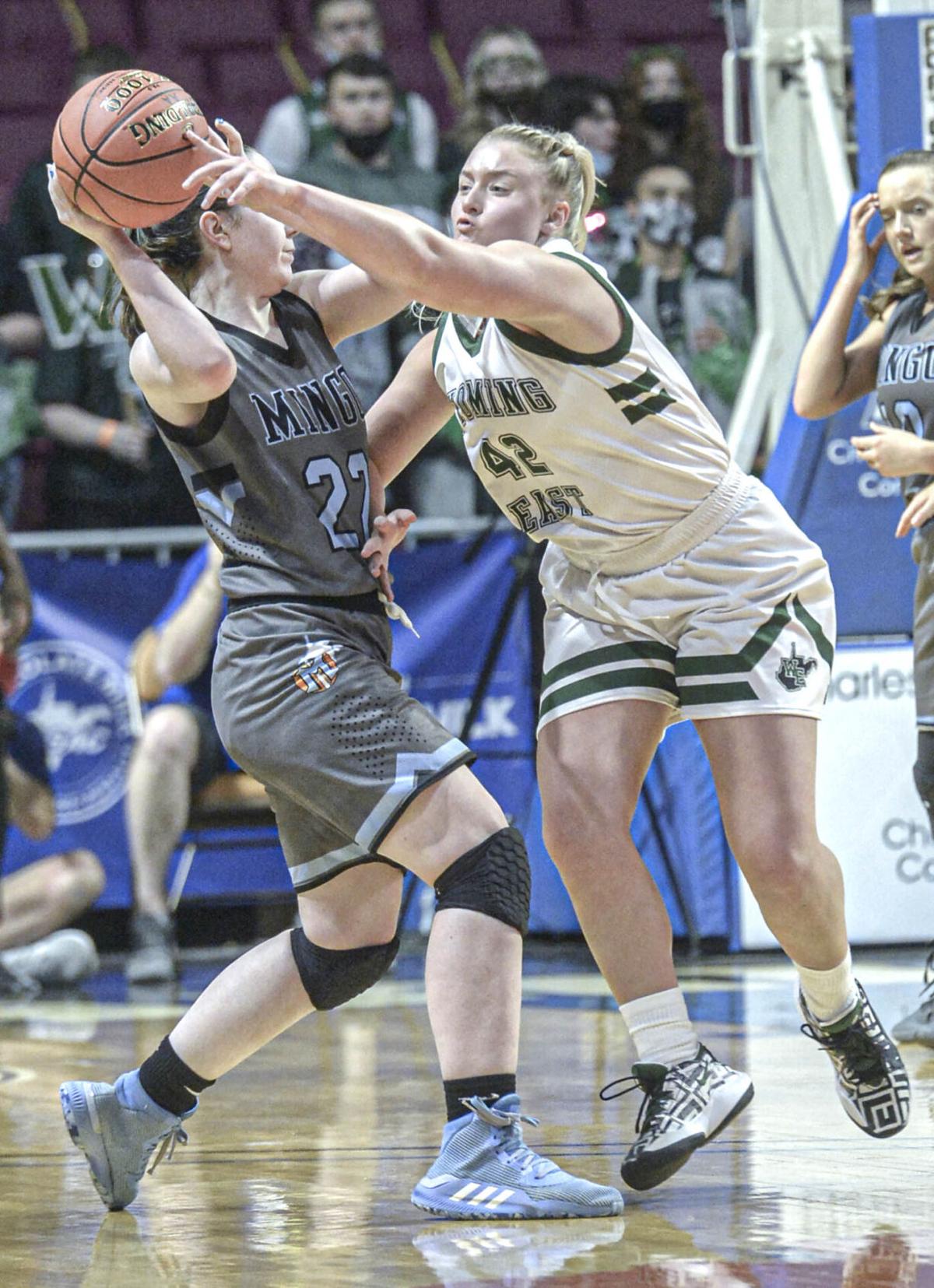 CHARLESTON — The chants of "This is our house!" from the Wyoming East student section were appropriate.

After a year away from Charleston, the Lady Warriors returned to the Class AA state tournament and felt right at home. They cruised past Mingo Central 60-32 Wednesday night in the Charleston Coliseum and Convention Center en route to their fourth semifinal appearance in the last six seasons.

For many of the Lady Warriors, it was their first state tournament and early it showed as they were tied nearly three minutes into the contest. It wasn't Skylar Davidson's first rodeo.

The senior all-stater sparked East with five steals in the first quarter and 10 in the game, making life difficult for the Miners.

"It felt like the younger players were a little nervous," Davidson said. "They came out a little cold but they started feeding off of defense and that's where we were able to build our lead."

Davidson continued to pester Mingo's guards, adding two quick steals in the second and nailing a 3-pointer that made it a 27-8 game at the 5:20 mark of the second quarter.

By halftime, the Lady Warriors built a 36-14 advantage by forcing 16 turnovers and never looked back.

"We're a smaller team so we try to switch a lot," East head coach Angie Boninsegna said. "I think that's effective because we're small. It knocked them a little off rhythm. They stumbled a little when we switched on them and that's when we need to continue to do to play solid defense. We play real solid defense on the perimeter and down low."

As the game progressed, the less experienced Lady Warriors settled in with Daisha Summers and Abby Russell adding 12 and nine points in their first meaningful state tournament minutes.

"I think we started relaxing with Skylar," Boninsegna said. "To be honest with you Skylar's the only one that has any experience besides a minute or two here or there. She's the one that has the extensive game experience but she got us settled in. We told them if they weren't nervous we'd be worried because this is state tournament time. Just get through your nerves and play and she did a good job of settling down and I think our defense again took over for us and we settled in."

Davidson finished the game with a double-double, scoring 19 points to go along with 10 steals and seven assists.