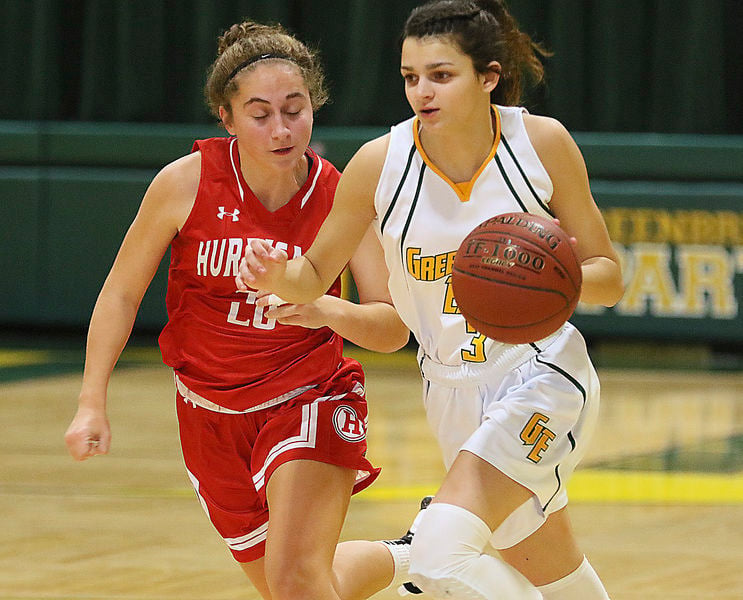 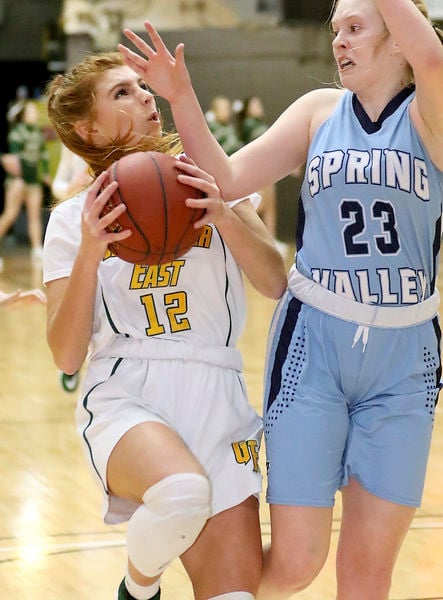 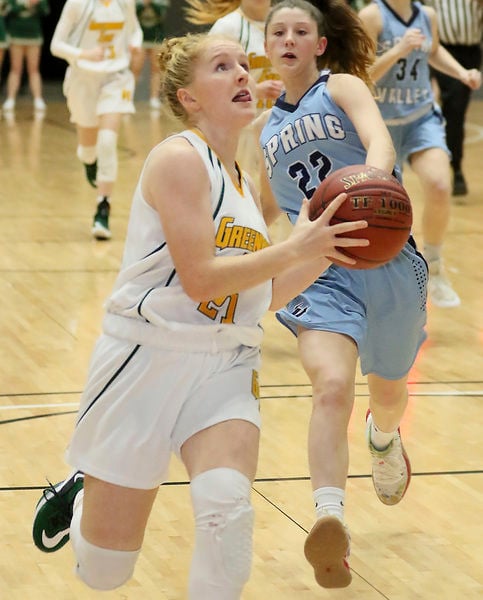 After making it to the state semifinals last season, Greenbrier East is looking to add one more step this year and play on championship Saturday.

That quest begins Thursday when the Lady Spartans match up with familiar foe Martinsburg in the Class AAA quarterfinals at 7:15 p.m. at the Charleston Coliseum and Convention Center.

After dropping the sectional championship game to longtime rival Woodrow Wilson, Greenbrier East rebounded with a road win over South Charleston in the Region 3 co-final game to make the state tournament field.

"There were four teams in our region that any two could have gone (to Charleston)," Greenbrier East head coach and West Virginia Gov. Jim Justice said. "We're blessed to be able to go, and we're the only team down there with 20-plus wins. We just have to go down there and be dialed in and play a really good opening game against Martinsburg."

"An ESPN announcer said the other day that the key to success always starts with grit," Justice went on to say. "I've told them that 5,000 times this year. Against South Charleston, it was the first time I've seen us really, really, really get after it. We played incredible defense. We really played with that key to success, which starts with grit. If we can do that, we should be fine."

Greenbrier East (21-4) is a veteran group led by senior all-stater Haley McClure, who averages 20 points and eight rebounds per game. She is flanked by senior post player Taylor Dunbar, who has 37 blocks on the season and senior point guard Kate Perkins, who has dished out 138 assists.

To go along with East's strong senior leadership, the Lady Spartans have also received stellar play from three underclassmen, led by Amya Damon.

Damon is arguably the most versatile player on the floor for the Lady Spartans, averaging just under 16 points per game to go along with nearly seven rebounds each night. The lengthy sophomore has the ability to take over a game and is a hard guard up top and down low. Damon is also a ballhawk on defense with a team-high 78 steals.

Junior Emma Dotson is another pressure defender for the Lady Spartans with 67 steals, while freshman Cadence Stewart has hit 58 shots from behind the arc where she shoots nearly 40 percent on the season.

Greenbrier East and Martinsburg (19-5) played once during the regular season, in early February at Spartan Gym. The Lady Spartans took control of the game early, building a 17-point halftime lead en route to a dominating 73-48 win.

McClure was unstoppable in the first meeting, scoring 27 points with six steals, while Damon scored 19 points and Stewart added 15 on five 3-pointers.

In coasting to the win, the Lady Spartans grabbed 18 offensive rebounds, forced 29 Martinsburg turnovers and had 17 steals.

"I know they'll be much better than they were here (in Fairlea)," Justice said. "Probably their best shooter didn't play against us. We won really big, but they'll be different down there."

Martinsburg head coach Kyle Triggs knows his team must respond with a better effort this time against East and he is confident the Lady Bulldogs will be ready to play.

"We played a month ago and we didn’t even show up. It was a difficult stretch for us as we lost an assistant that unexpectedly passed away," Triggs explained. "We did not execute or compete in game one. We were just bad all the way around. However, it is good to have a first round opponent that we played recently, so that butt-kicking we took is somewhat still fresh in their minds."

Coming off that tough outing, it is no surprise that Triggs feels his team must reduce the turnovers and rebound better to have a chance to win against East.

"For us to be successful we will have to do a few things, limit (Greenbrier East's) transition and second chance points off the glass," Triggs explained. "They are a great offensive rebounding team, all five players on floor pound the glass."

"We must value the ball," Triggs continued. "They are great at capitalizing off your live ball turnovers. We must make them play versus a set half-court defense. We can score the ball in a variety of ways, but, we must be patient and execute versus their zones and pressure. The biggest thing for us is to treat this like another game. We have had 24 games this year, this game is just game 25."

The winner of Thursday's clash will match up with Woodrow Wilson in the semifinals Friday at 9 p.m.