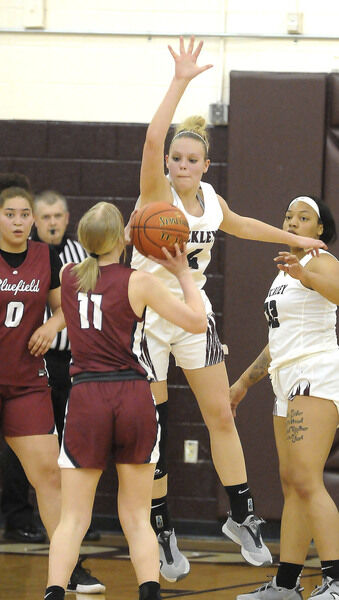 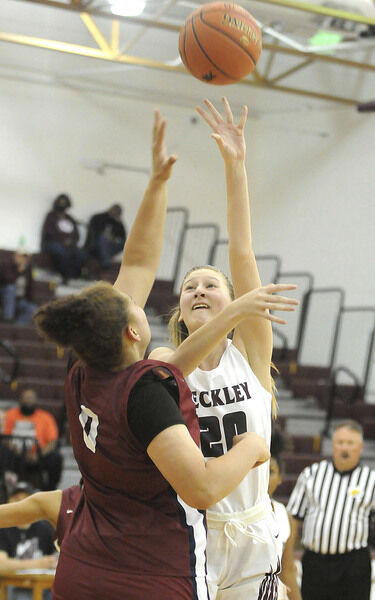 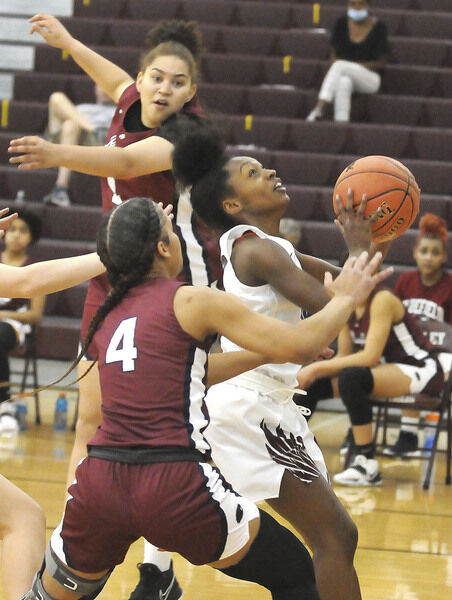 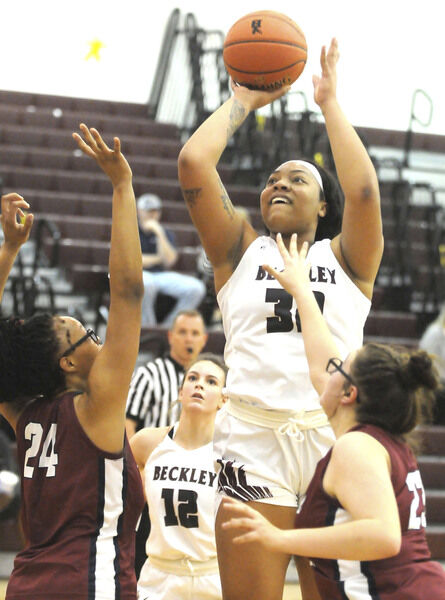 Woodrow Wilson’s Jamara Walton puts up a shot in the paint during the first half against Bluefield. Jon C. Hancock/for The Register-Herald

Woodrow Wilson’s Jamara Walton puts up a shot in the paint during the first half against Bluefield. Jon C. Hancock/for The Register-Herald

Brian Nabors holds his team to a high standard.

That doesn't change regardless of the opponent, score or outcome.

It's why despite a 62-28 home victory over Bluefield Thursday, he wasn't as pleased as you would imagine a coach whose team won by 34 would be.

He let them know that early, calling a timeout at the 5:30 mark of the first quarter, as they had mustered just two points to start.

"We were just flat," Nabors said. "We play a certain way. We don't necessarily call set plays. We have concepts that we do and if we do call a set and it doesn't work, we go right into a concept. And tonight we just acted like we didn't know what we were doing, like we were confused. You can't do that this time of the year. You've got to be clicking on all cylinders and we've just got a lot of work to do."

Following the timeout the Lady Flying Eagles gathered momentum and took a 20-6 lead into the second quarter, using the defense of Keanti Thompson and Cloey Frantz to turn steals into layups on the offensive end. That trend continued in the second quarter as Beckley led 39-15 heading into the break, but the third quarter snapped it in favor of the visiting Beavers.

Bluefield opened the second half on an 8-0 run, holding the hosts scoreless until the 1:48 mark of the third quarter.

"We changed our defense," Bluefield head coach Ernie Gilliard said. "We had no energy in the first half when we tried to play man for man. (Beckley) was very crisp in all their cuts and their screens, so they controlled the first half so we wanted to play defense by committee and hopefully slow their run down and it worked. We want to turn this into a good learning situation. We want to compete with the upper echelon teams like Beckley and this gives us an opportunity to see what it takes to be a dominant team. We found out we could have some positive plays, so we want to build upon that."

Much like the first quarter, the third-quarter drought drew the ire of Nabors.

"We're just not focused," Nabors said. "We weren't taking care of the ball, we were forcing things and weren't playing with any type of concentration. It's like we expected things to just happen for us and you've got to go out and do it. We can't just say it, we have to go out and do it. I want them to just play and we didn't do that for four quarters today.

"I give credit to Bluefield though. They kept fighting. They got position on us any time they wanted and we just let them have it. We weren't moving our feet, we weren't fundamentally sound, we let the flash to the high post and let them do what they wanted to do. Our athletic ability and talent is what won this game."

Beckley's Jamara Walton led all scorers with 18 points, while Frantz scored 14 and Thompson 11.