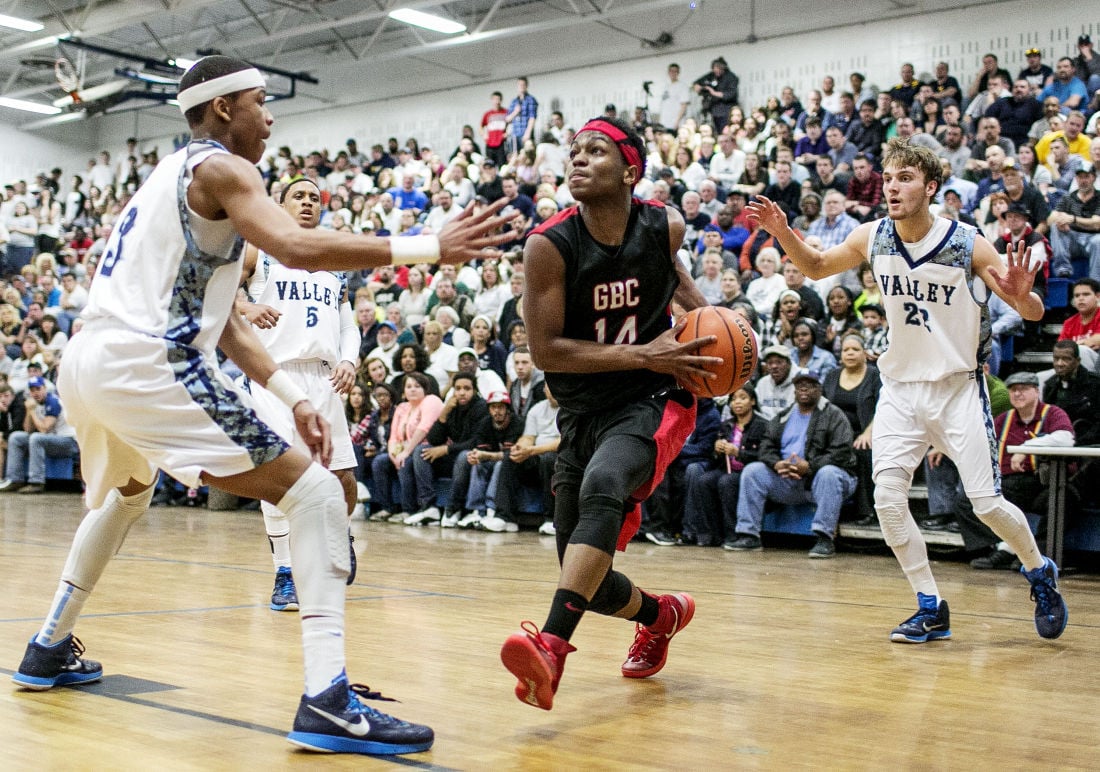 Greater Beckley's Isaiah Francis drives against Valley's Tracy Conliffe (3) during the first half of their regional co-championship game in Smithers Thursday. 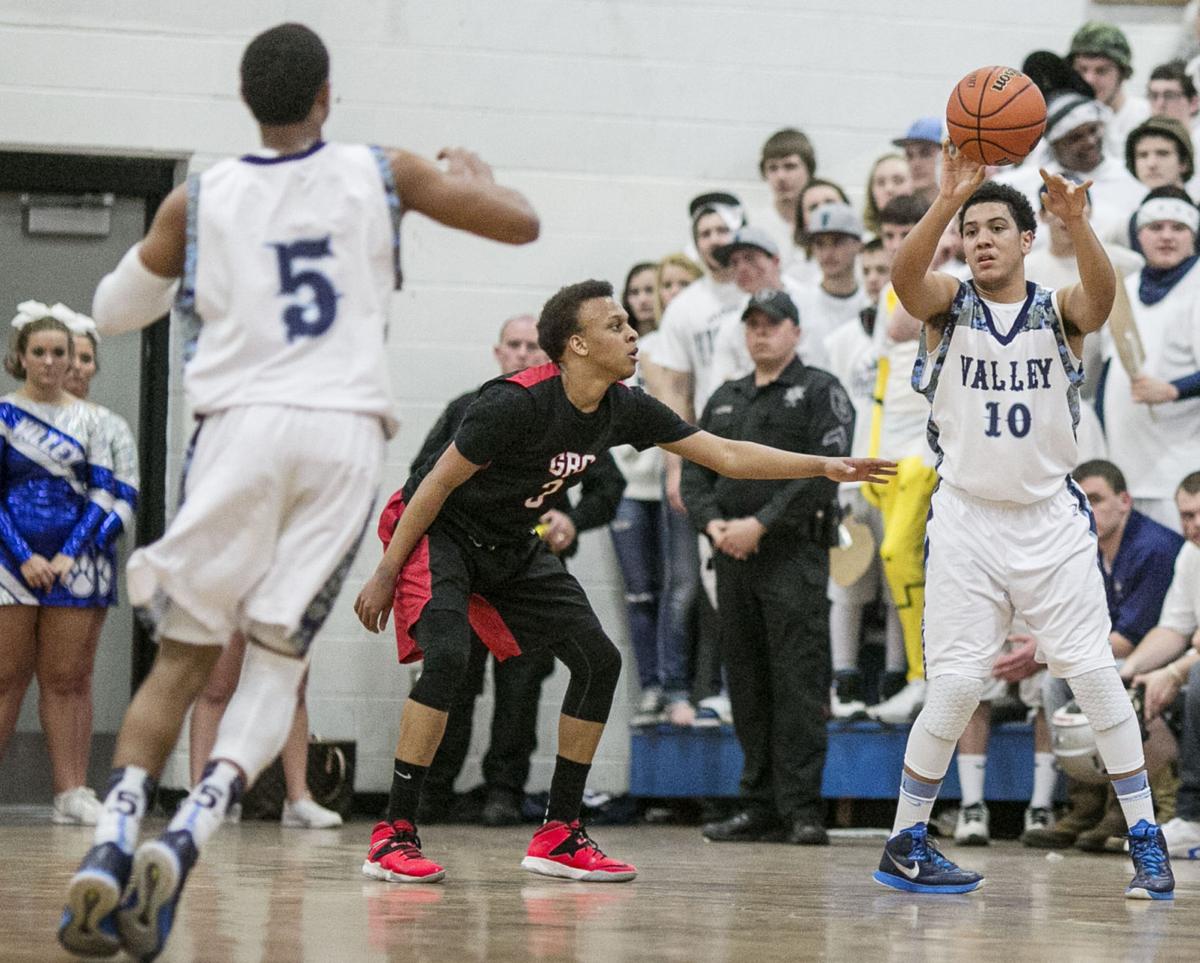 Greater Beckley's Isaiah Francis drives against Valley's Tracy Conliffe (3) during the first half of their regional co-championship game in Smithers Thursday.

Greater Beckley Christian turned the ball over on its first possession Thursday.

Not much else went wrong the rest of the night.

Propelled by a 39-point explosion from senior guard Elisha Kidd, the Crusaders dominated the Valley Greyhounds 87-36 in a Class A Region 3 co-final in the toasty Valley High School gym.

The romp enabled Greater Beckley Christian (22-3) to advance to the state tournament for the third straight year. The first round of the Class A portion of the 2015 West Virginia Boys State Tournament will be staged Wednesday at the Charleston Civic Center Coliseum. The WVSSAC will announce seedings and pairings.

After the early miscue, the Crusaders stepped on the gas, overcoming an early Valley 3-0 lead by scoring the game’s next 13 points. The scoreboard read 20-10 after one quarter, with Kidd netting 10 of Greater Beckley’s points en route to a 20-point opening half, and the Crusaders maintained their solid play and outpointed the Greyhounds 19-7 in the second for a 39-17 halftime bulge.

If Valley harbored an idea of a second-half comeback, it became even harder when Kidd converted a baseline drive and Cortney Walton scored on a stickback to push the margin to 26, 43-17, at the 7:06 mark of the third. On the possession after Walton’s score, Valley’s Spencer Armentrout converted two free throws to make it 43-19, but Valley could get no closer. The lead expanded to 35, 63-28, on Kidd’s three foul shots with 6.7 seconds left in the third.

“Our level of effort was so tremendous,” said Greater Beckley Christian coach Brian Helton. “Our guys really wanted to win to get back to Charleston.

“I’m just excited for the program and for the school.”

Kidd, who also grabbed six rebounds, said the victory and another shot at the state championship means a lot to him and his teammates. “Hopefully we’ll finish the season out with a championship. We just need to come out with the same attitude (as Thursday) and play with a lot of energy.”

Valley coach Joe McCoy admitted his team turned in a sub-par effort while it tried to combat the GBC buzzsaw. Although he said it seemed like the Greyhounds were ready to play, McCoy said, “We can play 100 percent better.” But, Greater Beckley Christian exerted strong defensive pressure and made it difficult for the ‘Hounds to get any offensive continuity. “We didn’t seem under control, and we turned the ball over and forced some things,” McCoy said.

McCoy said Valley played zone defense at the game’s outset instead of its usual man-to-man. “We knew we couldn’t let them penetrate.”

He was impressed with the showing by Greater Beckley, the Section 1 runner-up to Tug Valley.

“If they play like that, nobody’s going to beat them,” McCoy said. “I can see how they beat Capital and some of those other teams.”

Junior Zac Warden provided the main highlights for Valley (16-6). Warden finished with 21 points, including four 3-point goals. Three of the long-range shots occurred in the opening half as Valley attempted to stay in striking distance. The ‘Hounds’ leading scorer for the season at 18.7 points per game, guard Henry Barron-Houchins, was limited to a two-point goal in the third period.

Kidd said a main aim of the Crusader defense was to “frustrate” the Valley guards.

“Our defense really drove our offense tonight,” Helton said. The main goal was to be “disciplined” while maintaining their defensive stances, then “going to the glass.”

Now, it’s time to plan for next week’s return to Charleston.

Helton praised the “dedication and hard work these guys have (displayed) since last March.” The goal now is “to win three and bring home the championship.”