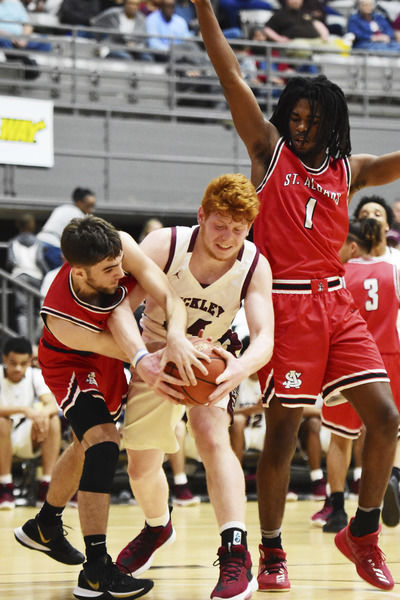 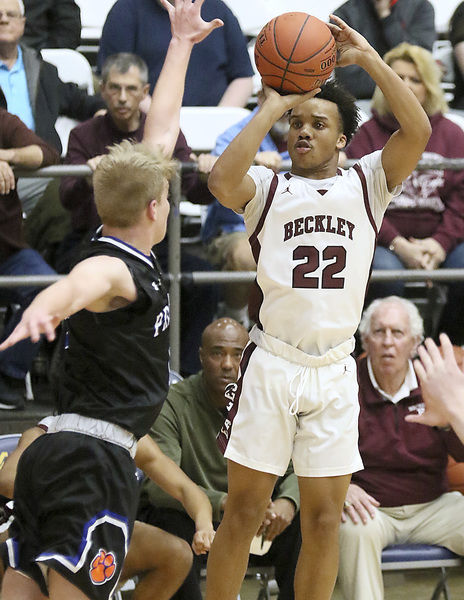 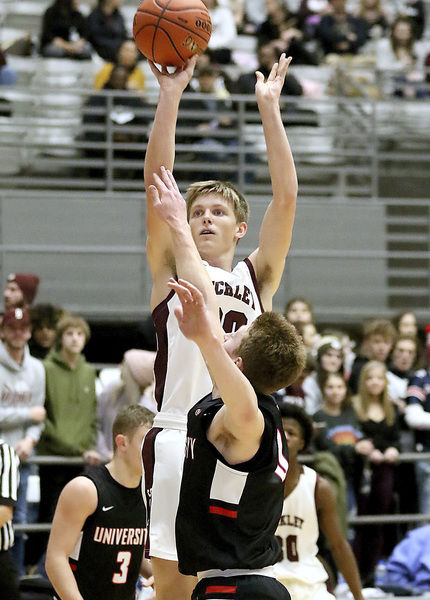 morgantown — There wasn’t much doubt that the No. 1 University High boys basketball team was favored to return to the Class AAA finals this year. But with their season now in limbo, most likely finished because of the coronavirus pandemic, it’s expected seniors K.J. McClurg and Kaden Metheny won’t suit up in their high school uniforms again.

Regardless of the what-ifs, McClurg and Metheny aren’t leaving UHS empty-handed. Both were named first team all-state Friday by the West Virginia Sports Writers Association, solidifying their careers at University on a high note.

Metheny, named first-team captain, snapped two major school records this year. He first overcame current Milwaukee Brewers infielder Jedd Gyorko’s all-time 3-point record during the Hawks’ routing of Wheeling Park in the OVAC semifinals, surpassing the former Hawk with his opening trey to take the No. 1 spot. He then hit his 2,000th career point in the Hawks’ sectional finals win over Morgantown, a game where he was just shy of the school’s single-game scoring record (Duke Pride, 53 points) with 44 points. Further, he averaged 24.9 points, 4.1 rebounds and 4.4 assists per game.

Metheny signed to continue his career at Bowling Green.

Though one can easily be overshadowed by such a talent as Metheny, McClurg stood out just as much among his comrade. He was the second in line in scoring, rebounds and assists, averaging 20.3 points, 4.8 boards and 2.8 assists per game.

McClurg is still weighing his college options, though he’s close to making a decision. After pulling out of a commitment to Niagara following Patrick Beilein’s resignation in October, McClurg opened his recruitment once again. He’s currently being pursued by multiple programs, including offers from New Hampshire, Navy, West Liberty and Nova Southeastern, plus interest from Rider, UMBC and UNC-Asheville.