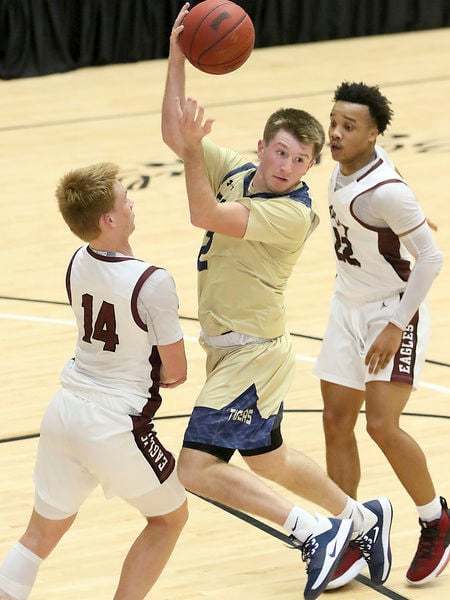 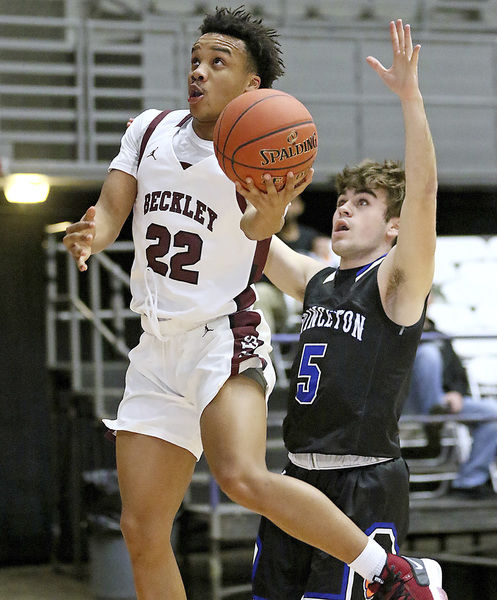 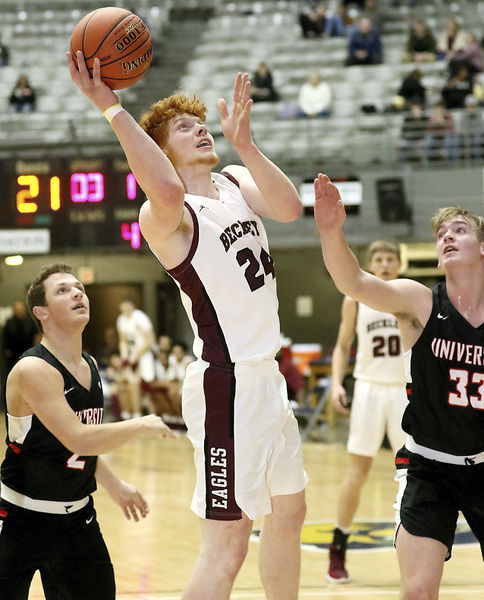 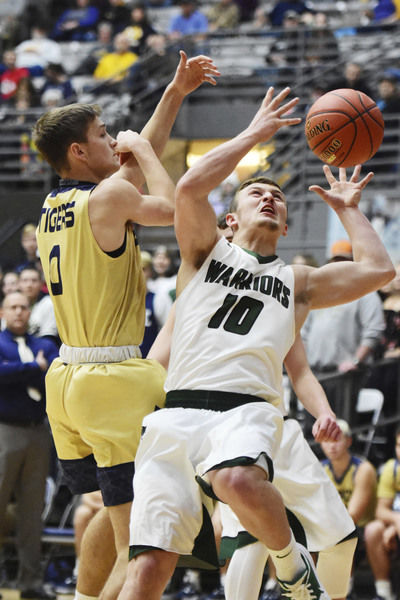 Wyoming East's (10) fumbles for the ball as Shady Spring's Tommy Williams looks on during their basketball game Jan. 2 in Beckley. (Chris Jackson/The Register-Herald) 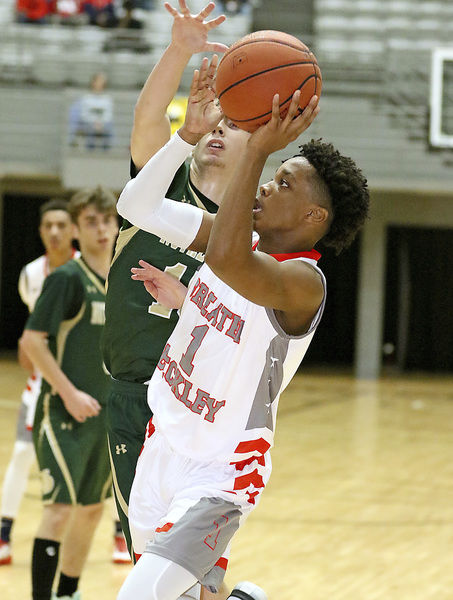 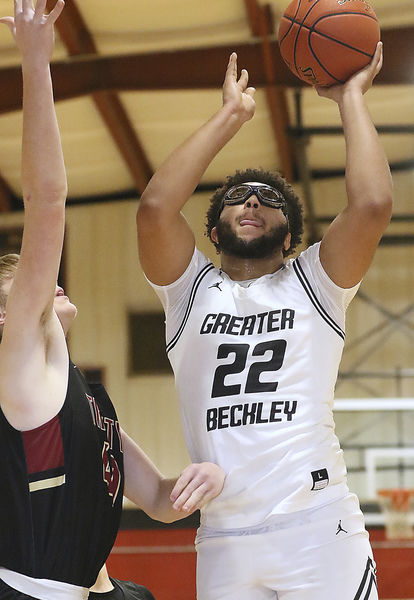 Wyoming East's (10) fumbles for the ball as Shady Spring's Tommy Williams looks on during their basketball game Jan. 2 in Beckley. (Chris Jackson/The Register-Herald)

Heading into the 2019-20 high school boys basketball season, Shady Spring and Greater Beckley Christian had legitimate chances to cut down the nets on the final Saturday.

As of now, that dream is still alive, although it is currently on hold thanks to the worldwide COVID-19 pandemic.

Greater Beckley punched its ticket to the state tournament with a regional win over Webster County, while Shady Spring's quest will require a win over Westside at Clear Fork if the season is resumed in April.

For their efforts in those runs, Tommy Williams and Luke LeRose from Shady Spring, along with Elijah "Pooh" Edwards and Isaiah Hairston from Greater Beckley make up the bulk of the 2019-20 All-Register-Herald boys basketball first team. They are joined by Woodrow Wilson standouts Richard Law and Ben Gilliam.

A junior, Gilliam is the only underclassman on the first team.

The addition of LeRose to an already lethal Shady lineup had the state buzzing in November. After the Tigers went north to open the season and defeated Fairmont Senior and Robert C. Byrd on back-to-back days, the buzz turned to a frenzy in Tigertown.

Shady added fuel to the fire with four straight wins over Class AAA foes Capital, South Charleston, George Washington and county neighbor Woodrow Wilson. It was the first win for the Tigers over the Flying Eagles in school history and included a 34-point effort from Williams.

With Williams averaging 20 points per game and LeRose adding just under 17 each night, the Tigers won 21 of their 22 regular season games.

Edwards and Hairston both averaged right at 14 points per game and led the Crusaders to a 20-4 record heading into the state tournament.

The 6-foot-4 Hairston was a beast on the inside, as well as a threat from deep. He also collected nine rebounds per night.

Edwards shot just under 50 percent from behind the arc and averaged six assists. The lightning-quick point guard was the accelerant to the Crusaders' high-powered offense.

As the Flying Eagles' senior leader, Law scored 18 points per game, which included knocking down 60 3-pointers over the season.

Gilliam, on the other hand, gave opposing defenses fits in the paint. The big redhead averaged a double-double playing one of the toughest schedules in the state. Gilliam scored 15 points and grabbed 10 rebounds, while shooting better than 64 percent from the field.

Noted for his athletic ability and highlight dunks, Ince averaged 16 points and eight rebounds, while Chapman scored 15 points and played well above his years in his first high school season.

Williams had his season cut short by an arm injury, but still averaged 17 points per game. Cannady, who averaged 18 points per game, was a deadly 3-point shooter, making 79 shots from deep.

Blackburn averaged 15 points per game and led the Renegades to the Class AA Region 3, Section 1 title with a win over Independence.

Manns heads up the third team and is joined by Thad Jordan (14.1) from Greater Beckley, Daniel Reed (12.1) from Westside, Michael McKinney (19.5) from Independence, Kaiden Pack (18.2) from Greenbrier West and Aiden Lesher (16.6) from Midland Trail.