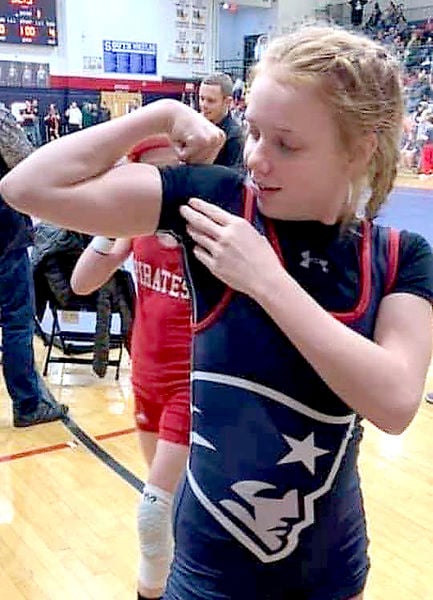 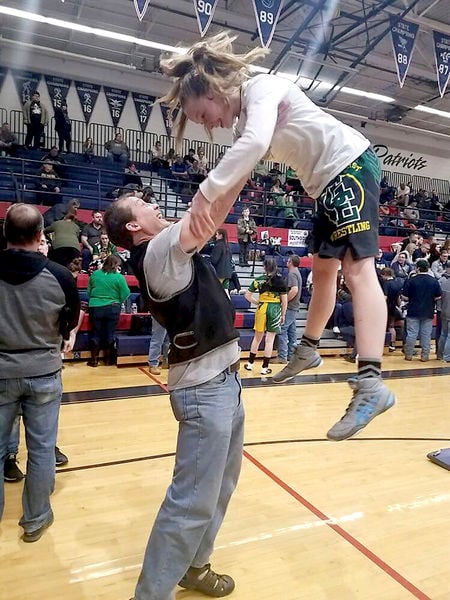 Greenbrier East freshman Micah Fisher and Independence Middle eighth-grader Kenzi Taylor won state championships at the first-ever West Virginia girls wrestling tournament. Fisher went 4-1 at 127 pounds for her title, and Taylor went undefeated at 101 to find herself at the top of the podium.

It was the third tournament win for Fisher, who began wrestling when she was 5. She wrestles in the 126-pound weight class for the Spartans boys team, and part of her considered not going because it conflicted with the Coalfield Conference Invitational that was held Friday and Saturday.

"I told her, 'You better be' (going to the girls tournament)," Greenbrier East coach Brian Miluk said. "This is an exciting opportunity. One day you'll be telling your granddaughters, 'I remember when I wrestled in the first one.' This is the first one. You have to go."

"I wanted to go to the girls tournament because it was the first one and I felt I could do well," Fisher said. "Coach Miluk said he wanted me to go."

Taylor, meanwhile, got a bit of retribution after narrowly missing out on history last week. She fell one win shy of becoming what is believed to be the first girls wrestler to win a Raleigh County championship.

She mowed through four opponents to add to the youth and open championships she won in the past. She is a two-time county finalist, has a third-place Coalfield finish and finished fourth at the Viper Pit tournament in Wheeling last year.

"I would never have imagined it happening like this," Taylor said. "There was a good bit of (wrestlers) there. It would have been nice to see more, but it was nice to see more girls starting to wrestle."

Both girls are 4.0 students, and both are involved in multiple sports.

Fisher is an accomplished gymnast — she won a state title for her floor routine two years ago and last year competed despite being hampered by an injury. She also runs cross country and will run track this spring.

Taylor had been a cheerleader since she was 3 but made the choice to give it up for wrestling last year. She then joined the Independence Middle football team and wound up starting as a 100-pound left offensive guard.

Both girls hope Saturday's state tournament will serve as a springboard for the sport.

"I'm sure there will be more state meets in the years I have left in high school," Fisher said. "It would be nice to see more girls teams in West Virginia."

"I hope it expands and more girls in the state get into wrestling," Taylor said. "Hopefully we can have our own girls team (at Independence) and at other high schools so we can wrestle against them."

Fisher and Taylor did not represent the area alone. Fisher was joined by Greenbrier East teammate Emma Kesterson, who finished fourth at 118.

Fisher and Kesterson combined for 20 points to put Greenbrier East in fifth place.

In the middle school division, Kirclyn Coleman of Fayetteville was second at 93 pounds and Jenna McClung of Midland Trail was third at 285.