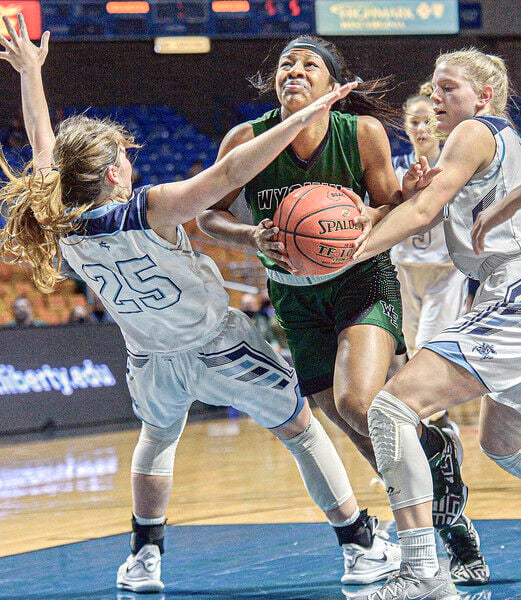 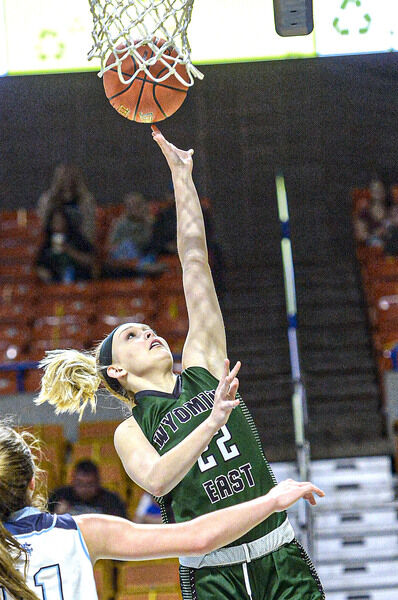 CHARLESTON — Wyoming East's basketball success isn't a surprise. What has been is how it has been achieved.

The previous years in which the Lady Warriors made championship appearances — 2016, 2018 and 2019 — they were led by perennial first-team all-staters.

This year's team made a run and won because it had unselfish players willing to buy into their roles.

Skylar Davidson was the all-state engine that receives the notoriety and accolades, but she wasn't flanked by a group of players that took turns scoring 25 points each night.

In an age when parents want kids to be the team's leading scorer and kids want the spotlight for themselves, East's players had specialized roles outside of the limelight and it's why they're champions.

Sarah Saunders was the senior that accepted her role as a rebounder and enforcer inside. She didn't live in the shadow of her sister Emily, the 2019 West Virginia Gatorade Player of the Year. She carved her own path as a defensive enforcer and rebounder, securing 17 boards in the state tournament.

Abby Russell accepted the challenge of guarding the other team's best player each night, even if it took away from her scoring opportunities. She held Parkersburg Catholic all-stater Leslie Huffman to 5-of-16 shooting from the field in the title game.

Hannah Blankenship moved from the wing to the post to help the undersized Lady Warriors add a rebounding presence. She had a double-double in the championship game, nailing three 3s as a floor-stretching forward.

"There's hardly nobody that gets me set up better than Skylar," Blankenship said. "She puts it in my pocket on time. I couldn't do it without my teammates. As far as rebounding goes I just did what I needed to do to win and I wanted to win.

Daisha Summers worked more as a point guard to rest Davidson off the ball and was tasked with guarding athletic players. She held Catholic all-stater Aaliyah Brunny to 5-of-15 shooting.

"I knew the role I had to take," Summers said. "(Brunny) is really athletic, so I tried to play on her as best I could, but without my team helping I'd be in more trouble."

"Daisha had a really good tournament defensively," Boninsegna said. "She got (Scarlett Thomason) from Mingo Central as well. She got in foul trouble a lot, but her aggressiveness and her length helps her guard a player like that."

Colleen Lookabill, Kayley Bane and Madison Clark accepted their roles off the bench, keeping up the defensive intensity. When Summers, Russell and Blankenship picked up early fouls, the trio of underclassmen came over the final three minutes of the first half and helped East not only maintain the lead, but build on it.

These Lady Warriors not only bought into their roles on the team, they bought into playing defense on every play. During their three games in Charleston they forced an astounding 82 turnovers, good for 27.3 per game. They held Summers County all-stater Taylor Isaac to single digits in two meetings. They held Class AAAA Woodrow Wilson to its second-lowest point total of the season.

"We're fortunate to have kids that buy in and stay positive," East head coach Angie Boninsegna said after the team's sectional championship win against Summers County. "We wanted to be a good defensive team this year and we've done a good job at that. We've been blessed with good depth and health this season and the kids have done a wonderful job of doing what we ask.

"Our goal is to win a state championship and it always helps when you get players that can buy in to what you want to do. They've worked hard to stay in shape and healthy with the pandemic so we're just happy we're in the position to hopefully play in a state tournament. I always say keep the faith because I think it's important to not get down when things aren't going your way."

Boninsegna and the faith of her players had to buy in was well-rewarded.