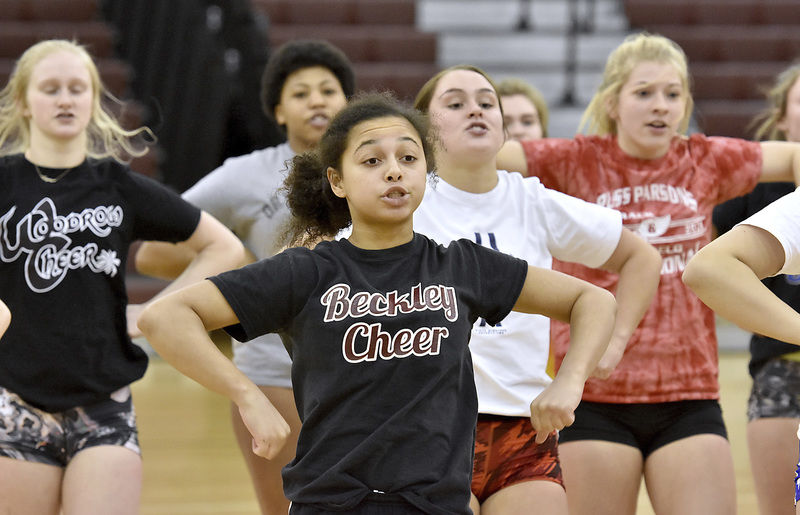 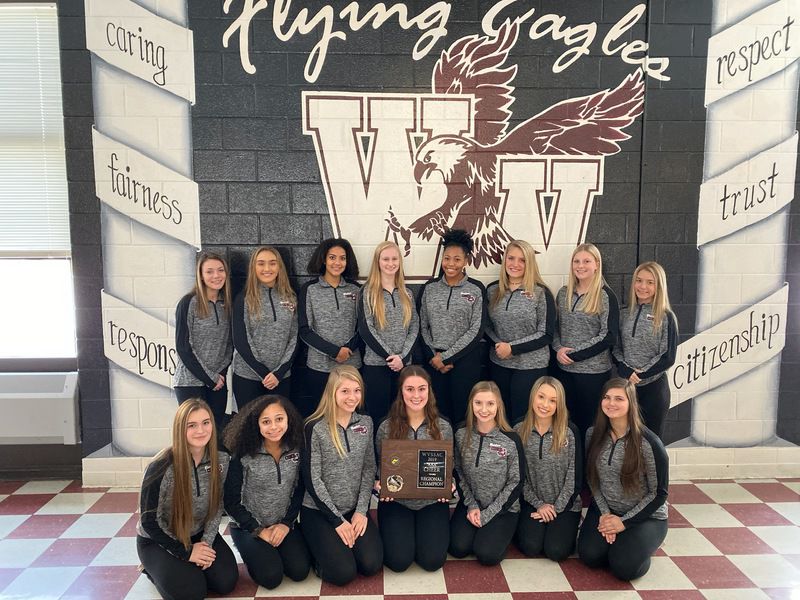 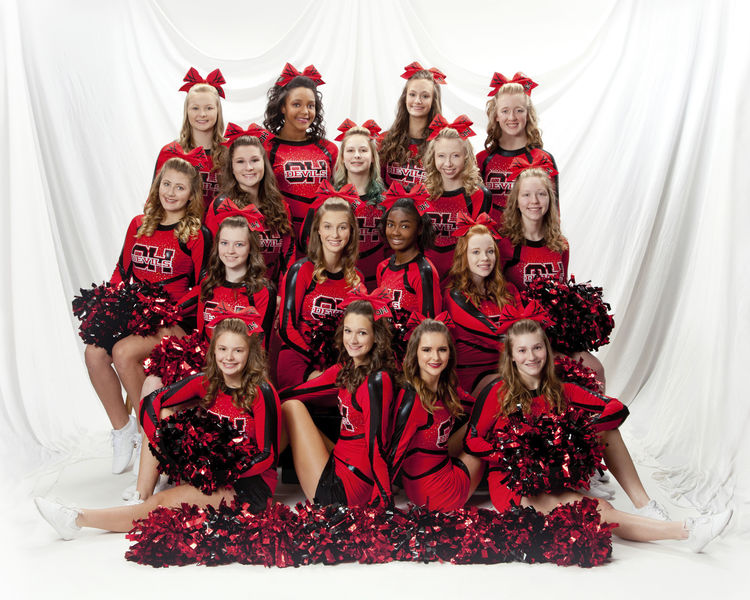 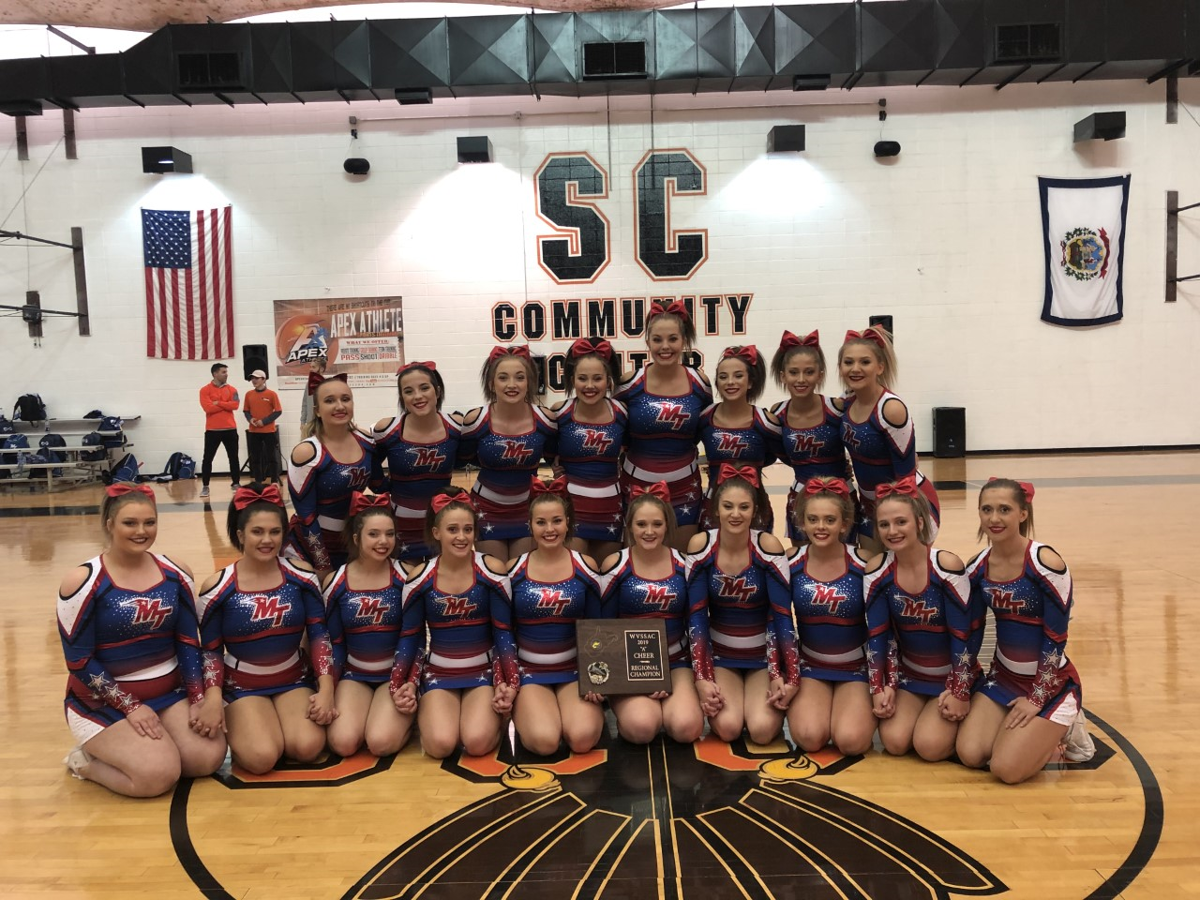 The boys basketball team won’t be the only successful program from Woodrow Wilson on the floor of the Beckley-Raleigh County Convention Center this winter.

The Flying Eagles cheer squad will return to the state tournament for the seventh consecutive year today. The event will be held at the Cam Henderson Center on the campus of Marshall University.

Woodrow will be joined in Huntington by Class A Region 3 champion Midland Trail and Class AA Region 3 runner-up Oak Hill. Each region will be represented by eight teams.

This is the first year the tournament will be held at Marshall after a long run at the Charleston Coliseum and Convention Center.

The Flying Eagles earned their trip by winning the Class AAA Region 3 tournament in South Charleston last month. It was a return to the top after George Washington ended the Eagles’ five-year run as region champs last year.

“It takes dedication and knowing what is expected of you,” Woodrow head coach Laura Shupe said. “We practice two hours a day every day from August 1 until early December if we make it to states. Even on Fridays when we have football games, we still practice.

“People don’t understand the hard work that goes into it.”

Another big key to success for Woodrow has been the cheerleaders’ cohesiveness.

Shupe felt the team’s showing at regionals was a complete performance.

She said she and assistant coach Beth Radford have worked to make sure the team understands that it takes a combination of cheering, stunting, creativity and showmanship to leave an impact on the judges.

That will come in handy on today — Woodrow will be the last Class AAA team to perform. Shupe could not be happier.

“Going first is hard because the judges haven’t seen everybody else,” she said. “This is my eighth year and I am super excited because position is so important. We have never had that opportunity.”

Shupe is proud of her seniors, Madeline Sarrett, Reghan Mollohan and Allison Shupe.

“They are good leaders, and that is important because we do have five freshmen,” Shupe said. “All three are four-year girls and show good leadership to our freshmen.”

Midland Trail is making its second consecutive trip to the state tournament after repeating as Class A Region 3 champion last month. It will be the Patriots’ third-ever state appearance.

Trail is a senior-dominated squad, with the class making up 10 of the 18 members.

“Only 13 can compete, but we like to make the whole team part of the success and having everyone play a role and a purpose,” said Stephanie Haynes, who is in her eighth year as head coach.

“Many of the girls have cheered together since Little League and through middle school. Our middle school has a strong competition team as well. Many have gone through gymnastics for 10 years, going once and sometimes twice a week year round. All of that helps strengthen our team.”

Haynes points out that cheerleaders have many responsibilities to consider.

“There are two sides to cheerleading,” she said. “One is the competitive side. They work hours and hours since August. They have worked four months toward this moment. And in the midst of all that is football on Friday nights. They have sideline cheers they have to perfect and pep rallies for the school. There is way more to it than that, which is what the perception is.”

The routine the Patriots will perform today is different from the one that won them a regional championship.

“We know that in order to win we had to amp it up and make it more difficult, and that’s what we’ve done,” Haynes said. “We didn’t change it a lot, but we tweaked it because we want to win. We’re going for first place.

Becky Nuckels might have a little bit of dejá vu when Oak Hill takes the floor today.

The Red Devils are making their first state appearance since 2011. Nuckels was a junior on that team.

“This has been an all-around good experience for me,” said Nuckels, now in her fourth year as Oak Hill’s head coach.

The Red Devils had two seniors on the squad but both were injured. Today’s team will consist of four juniors, six sophomores and three freshmen.

Like the other teams, Oak Hill didn’t just show up on Friday nights and throw together a routine for regionals.

Oak Hill changed its entire routine after a runner-up finish at the Class AA Region 3 tournament.

“They have had 3 1/2 weeks to get the routine down,” Nuckels said. “It’s been going great. It’s a lot harder routine but if we go there and hit our stunts and tumbling and have a clean routine then we have a good chance to win the title.”