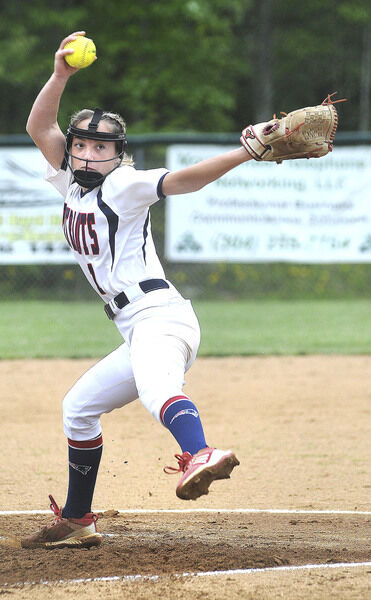 Independence pitcher Delaney Buckland winds up and pitches to a batter during a game against Shady. Jon C. Hancock/for The Register-Herald 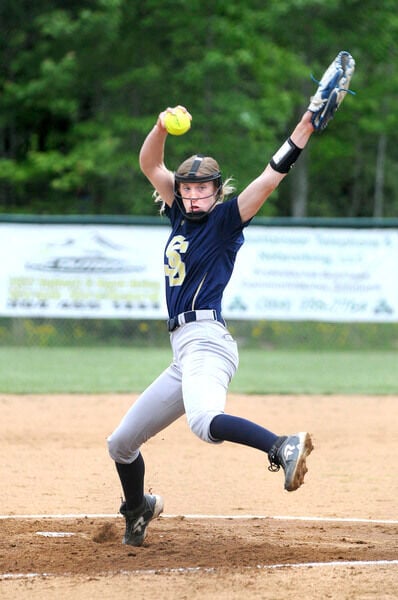 Shady pitcher Paige Maynard pitches to a batter in the first inning of a game against independence. Jon C. Hancock/for The Register-Herald 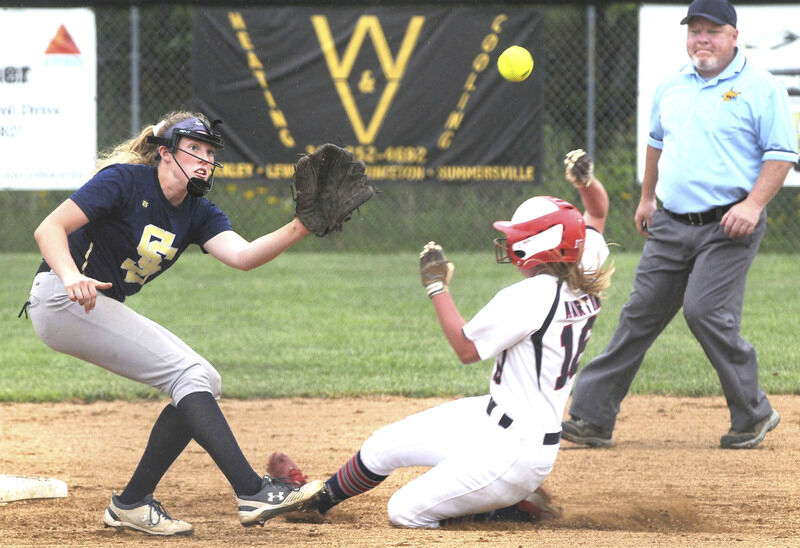 Independence pitcher Delaney Buckland winds up and pitches to a batter during a game against Shady. Jon C. Hancock/for The Register-Herald

Shady pitcher Paige Maynard pitches to a batter in the first inning of a game against independence. Jon C. Hancock/for The Register-Herald

Independence and Shady Spring have been like two runaway locomotives heading toward each other from opposite directions.

Wednesday night the two softball titans ran out of track in their Class AA Region 3, Section 2 showdown in Coal City.

Sitting in the conductor's seat for both teams were two of the best pitchers in southern West Virginia, Delaney Buckland for the Patriots and Paige Maynard for the Tigers.

It was Buckland who got the better of the matchup, leading Independence into the championship game with a 1-0 victory.

With both pitchers performing masterfully in the circle, it was quickly obvious that the game would come down to a key hit or a mistake.

With runners at first and second in the bottom of the third inning, Parks drove the ball back up the middle scoring the game's only run.

It would be all that Buckland needed because the sophomore hurler yielded just one hit and struckout 14 Tigers on her way to a shutout victory.

"I think those are the two best pitchers in southern West Virginia. There is no doubt about that," Independence head coach Ken Adkins said. "Delaney took it as kind of a personal challenge today. These kids know what they have been through and they know the schedule we have played. The difference in this game today was, not one kid walked in that box that I felt was intimidated like they had not seen that before. We have seen really good pitching."

After retiring the first eight batters she faced, Buckland faced her only real jam of the night when Kaylee Waddell hit a two-out single.

What seemed like a harmless base hit became a serious threat when an error and a hit batter loaded the bases. Making matters worse for Buckland was the fact that Shady's hottest hitter, Olivia Barnett was stepping into the batter's box.

"I knew she was probably there best hitter. I really needed to focus on her, throw it inside and keep it on the knuckles," Buckland said of the matchup. "My goal everytime is to get them behind in the count. I need that wiggle room to throw a ball outside or up high and make them chase."

Buckland did get a head in the count, but this time she escaped the jam by touching the inside corner for strike three.

"It was huge right there with their best hitter standing there. You are over there thinking what can we do to get out of this," Adkins admitted.

Playing a brutal regular season schedule against some of the best teams in the state, Buckland had seen this type of scenario in previous games.

"It helped so much seeing some of the best hitters in the state with our schedule. It has really helped with the teams we play around here," Buckland said.

Buckland's ability to work the corners caught Shady looking several times and off balance on the other swings.

"A lot of time it was the curveball," Buckland explained. "(My goal was) hitting the corners, not throwing it down the middle and making them chase. Just make them reach for it."

Over the final four innings, Buckland retired 11 of the 12 batters she faced. The lone base runner came on a walk, but the runner was quickly doubled up on a fly out when the runner strayed too far away from the bag.

"They are a good team and she is a good pitcher. They did their job and we did not," Shady Spring head coach Donald Barnett said. "We struckout 14 times tonight and six times looking. There is absolutely no room for that, especially in the playoffs."

"We were not in the best mindset to do our job in the box. We knew she would give us a good pitch early and then we would be chasing things she wanted us to chase later on," Barnett continued. "She made us make a lot of mistakes on our end."

For her part, Maynard was also impressive allowing just four hits and the lone run.

"The defense played well and I thought we pitched well," Barnett said. "We just have to overcome a little bit of inconsistency here and there."

Shady Spring will play again Thursday in an elimination game, weather permitting, against the winner of Nicholas County and Liberty, also played Wednesday.