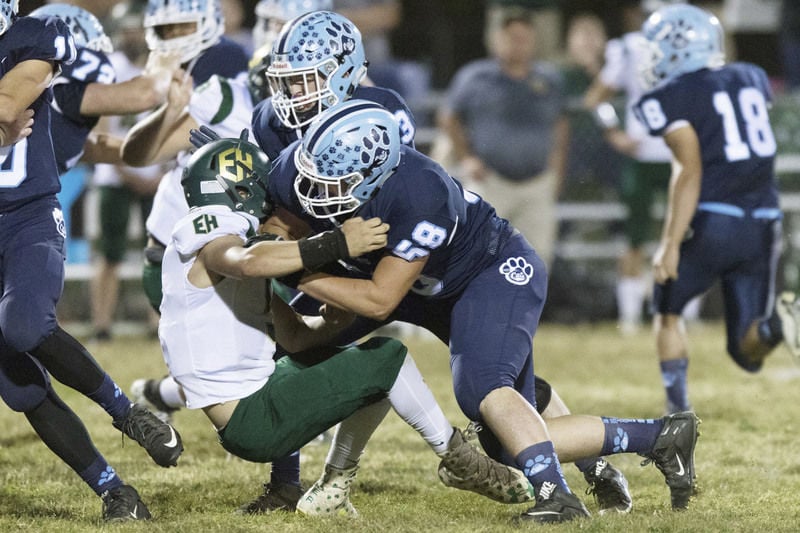 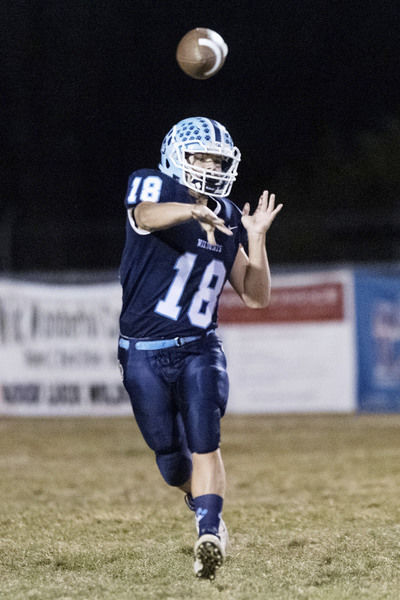 Even though Meadow Bridge and Greenbrier West are separated by less than 20 miles, the two schools have only played a handful of games over the years.

Tonight, the two schools meet for just the seventh time when the Wildcats wander across the Greenbrier County line for their highly anticipated battle with the Cavaliers in Charmco.

The atmosphere is sure to be electric.

Although the number of games have been few, the border neighbors are still very familiar with each other.

Current Wildcats head coach, Dwayne Reichard, graduated from Meadow Bridge in 1999 and faced West in preseason scrimmages. Reichard was also doing his student teaching at Greenbrier West during the last regular season contest back in 2006.

Toby Harris is the current head coach for the Cavaliers, but, prior to coaching he was an all-state player on the 1961 Meadow Bridge team and was a freshman on the Wildcats 1958 state championship squad.

Wallace Jones coached Meadow Bridge from 1962-68 before he became the athletic director at West. He was also the defensive coordinator from 1969-86.

Logan Hatfield, who leads the Wildcats in sacks this year with four, is the grandson of former Greenbrier West defensive end, Darrell Rudd (1983-85). Rudd was Class AA, Honorable Mention All-State in 1985.

Unfortunately for Meadow Bridge, the battles on the field have not gone well.

The two teams met five times during the regular season from 2002-06 and last met in the first round of the Class A playoffs in 2012. In those six meetings, West has outscored its Fayette County neighbors, 229-25, with three shut-outs.

“They are big and physical up front and will have the size advantage,” Meadow Bridge head coach Dwayne Reichard said. “We are hoping to be a little quicker so we can shoot some gaps. We will definitely have to tackle well.”

The Cavaliers are averaging over 40 points per game and are led by running back, Noah Brown who has rushed for 644 yards and 12 touchdowns this year. Kaiden Pack has also been a strong dual threat, running for 214 yards and throwing for 266 more, accounting for five scores.

All-in-all, West has rushed for 1,154 yards and 20 touchdowns, averaging over six yards per carry.

“They have a big physical running back that teams have struggled to tackle,” Reichard said. “He is a little bigger, but he reminds you of (former Meadow Bridge star) Jake Parker, a guy you would love to have on your team.”

The Wildcats have not put up big numbers offensively, only scoring 14 points in each of its last two games.

“We have struggled against the bigger lines in regards to running the football,” Reichard admitted. “We will have to open it up some through the air.”

In a program where passing barely existed prior to this season, sophomore Dustin Adkins has thrown for 271 yards in four games and has rushed for 250 yards to lead Meadow Bridge.

Complicating things for the Wildcats on offense is the fact they will likely be without one of their key weapons.

“Probably going to be down Ayden Redden who injured an ankle last week,” Reichard said. “He will be a game time decision.”

Reichard admits the mountain looks steep on paper, but Meadow Bridge has already pulled off one shocker this season when it beat Class A, co-No. 5 rated Midland Trail in Hico.

“The first play against Midland Trail, we forced a fumble and I think it set the tone for that game,” Reichard said. “We need to do something like that early. Either a turnover or a big stop to get the kids believing.”

The game is far from do-or-die for either team, but it will be a big playoff boost for the winner.

“The kids understand the importance of the game,” Reichard said. “I don’t really consider it a rivalry game because there is not that much history between us. But, it is a battle in your back yard that you want to win.”

Several teams around southern West Virginia face important battles tonight to keep their playoff dreams alive, even though the season is only at the midway point.

Class AA, No. 5 Wyoming East heads to River View (2-4) after back-to-back heart-stopping wins over Oak Hill and James Monroe. With two huge games against Shady Spring and Man in the next two weeks, the Warriors cannot let themselves get caught looking ahead.

Tonight in Coal City it is Homecoming when Independence (3-2) hosts Clay County (3-1). The Patriots are rated No. 23 in Class AA and cannot afford a loss to the co-No. 16 rated Panthers if they hope to make the postseason. The Panthers are coming off a home win against Liberty and another Raleigh County win would be a big playoff boost.

Nicholas County (3-2) is coming off a rough outing against Keyser. The Grizzlies host Roane County (2-1) and with some tough games still ahead, the home team cannot stumble tonight.

Shady Spring (4-1) and Liberty (3-1) both host Class A teams and a loss could be a serious blow to their playoff hopes. The Tigers host Pocahontas County (2-3), while the Raiders will host a very dangerous Summers County (1-4) team.

Greenbrier East and Woodrow Wilson are idle this week.