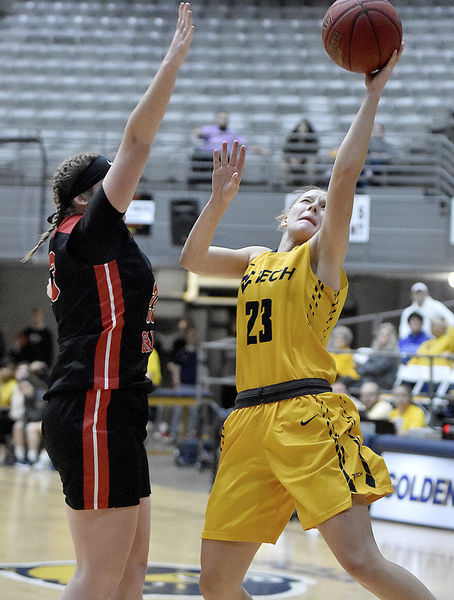 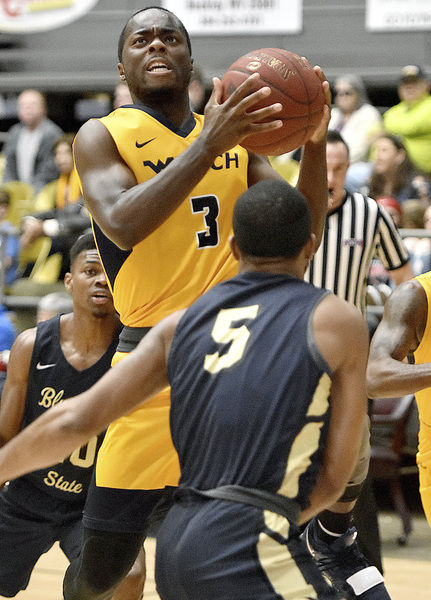 The prestigious list included two familiar names to WVU Tech basketball fans. Junior Arrey was named a first-team All-American on the men's side, while Brittney Justice earned second-team All-America honors on the women's side.

"I was in shock that I made (All-American), to be honest," Arrey said. "I was really in awe. I did not know that I had a big-time season like that this year."

"Brittney is a player that every coach would love to have on their team," WVU Tech women's head coach and River States Conference Coach of the Year Anna Kowalska said. "She is coachable, loyal, a great teammate and most of all, she is a great person. She dominated the conference and she is the true definition of a champion. I am very proud of her. I believe this is the highest award that any WVU Tech women's basketball player has received."

For Arrey, the All-America honors came on the heels of being named River States Conference Player of the Year.

The Blacklick, Ohio, native led the Golden Bears to the RSC regular season championship with a 15-1 conference record, earning an automatic bid to the NAIA Division II national tournament for the fourth year in a row.

"It is an unbelievable honor," WVU Tech men's head basketball coach James Long said. "(Junior) is very deserving of all of the recognition he is receiving. He did a great job running our team this year. As he progressed through the year, he grasped all of our concepts well, and did a great job executing and getting his teammates involved. I am proud of what he has accomplished. These honors are something that will stay with him the rest of his life."

Justice was also an All-RSC first-team selection and finished second in the RSC Player of the Year voting. The Summers County graduate helped lead the Golden Bears to the RSC regular season championship which included a perfect 16-0 conference record and the women's automatic bid to the NAIA Division II national tournament.

During her junior season, Justice averaged 17.1 points per game, while making 50 3-pointers and shooting 52 percent from the field.

Scoring 17 points in the opening round contest, Justice and her teammates shocked No. 3 seed Morningside College, sending the Golden Bears to the second round for the first time in program history.

"Brittney played really hard at nationals. Of course, her teammates helped her out," Kowalska said. "They played for each other and our chemistry was really good."