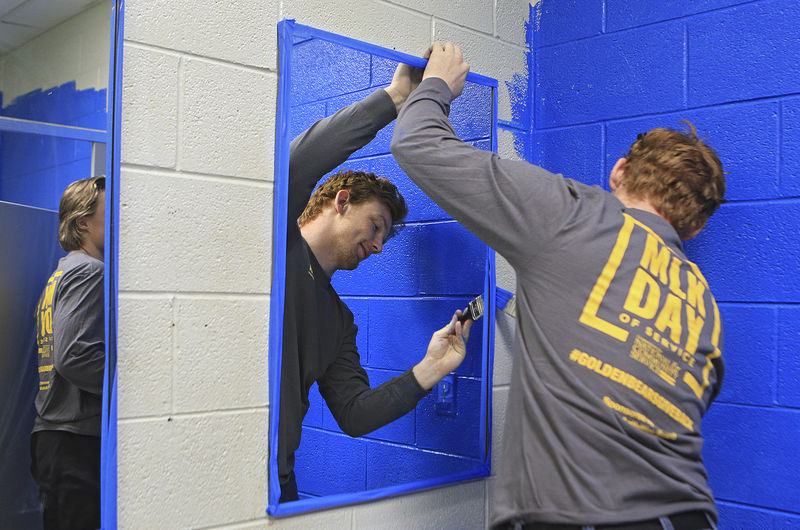 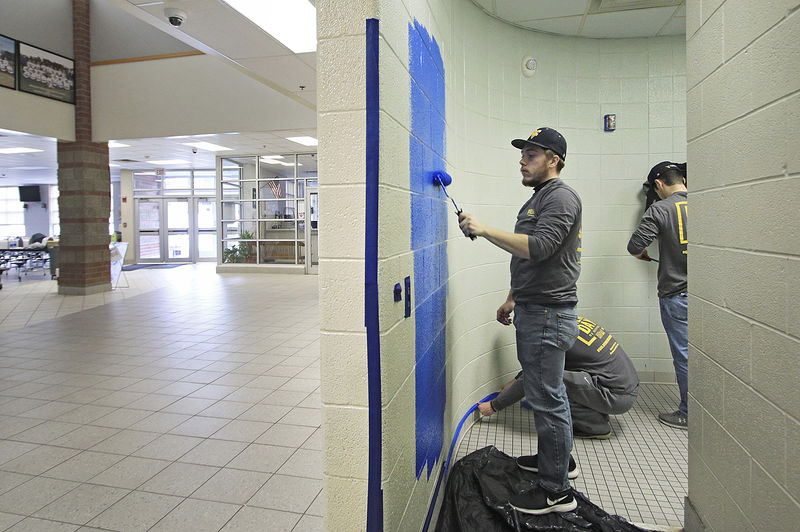 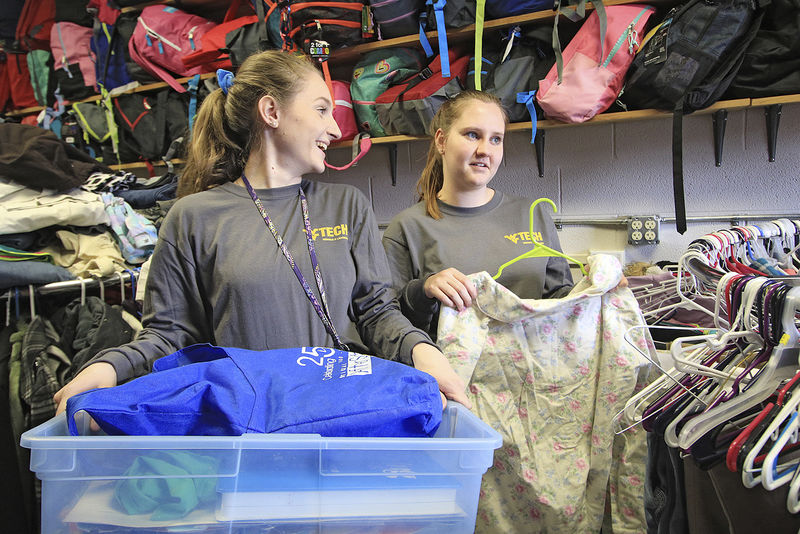 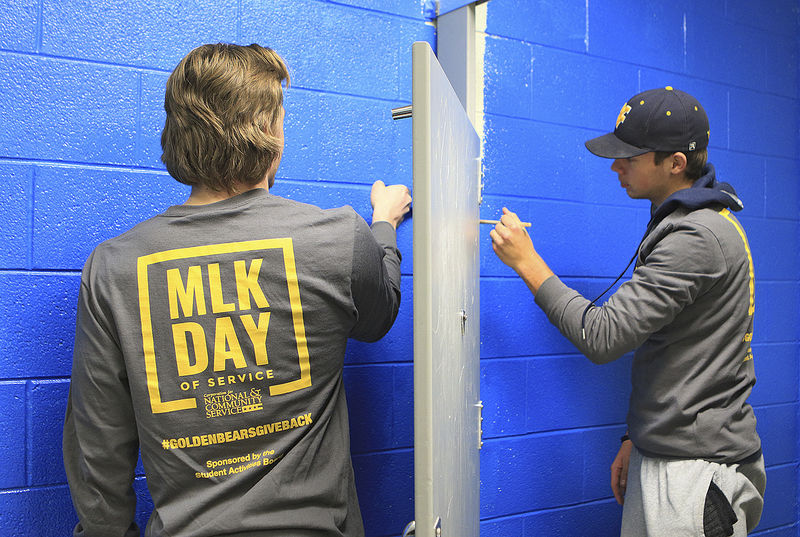 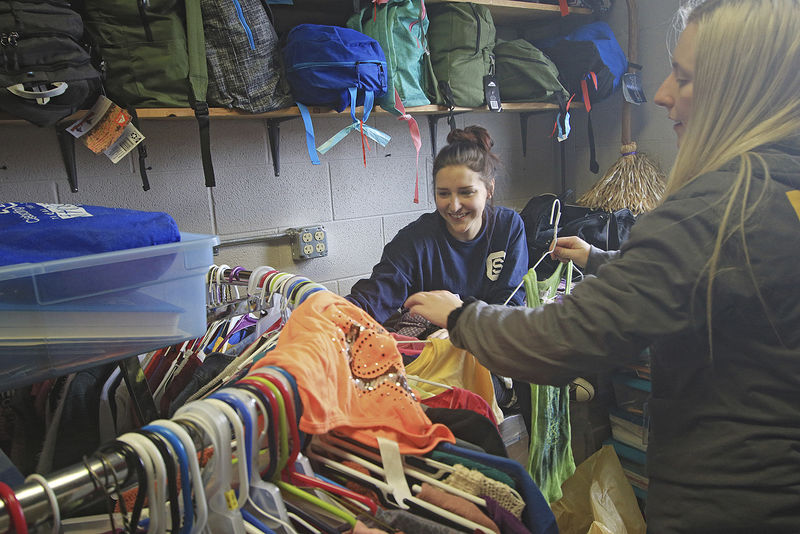 “We had students out there doing things such as painting, organizing, doing crafts for organizations, doing services,” reported Lucas. “It was just a really great day for the Golden Bear family.”

Monday was the fourth year that WVU Tech has celebrated Martin Luther King Jr. Day of Service with outreach projects in Raleigh and Fayette counties.

Thirteen members of the WVU Tech cheer squad headed to the Raleigh County Solid Waste Authority, where they separated trash from recyclables and made a collage from throwaway items that could not be reused.

“It was a very productive day,” said cheer team member Jacobi Harris, a mechanical engineering major from Charleston who is in his junior year at WVU Tech. “We do this on the remembrance of Martin Luther King Jr., because of the service he did.

“It was, honestly, a great opportunity that we have, that we got as many students as we had to come out this year,” Harris said. “The service still means a lot to this campus.

“It was a great way to spend my day off.”

They also took measures to help students stay safe. A flu epidemic had hit the region earlier this month, leading to a number of sick teachers and students in local schools.

“They’re sanitizing every surface in the school,” said Hedinger. “I think everybody knows how bad the flu has been in Raleigh County. Our students can come back to a fresh, clean school, hopefully free of any flu germs.”

WVU Tech volunteers helped with cleaning at the YMCA of Southern West Virginia on Monday, too.

"WVU Tech continues to be an outstanding partner, not just with the Y, but with our community as a whole," YMCA CEO Jay Rist said on Monday. "Students braved the cold weather today to come to the Y and donate their time to help make our facility shine.

"We appreciate all they did and look forward to hosting them again for another community project in the near future."