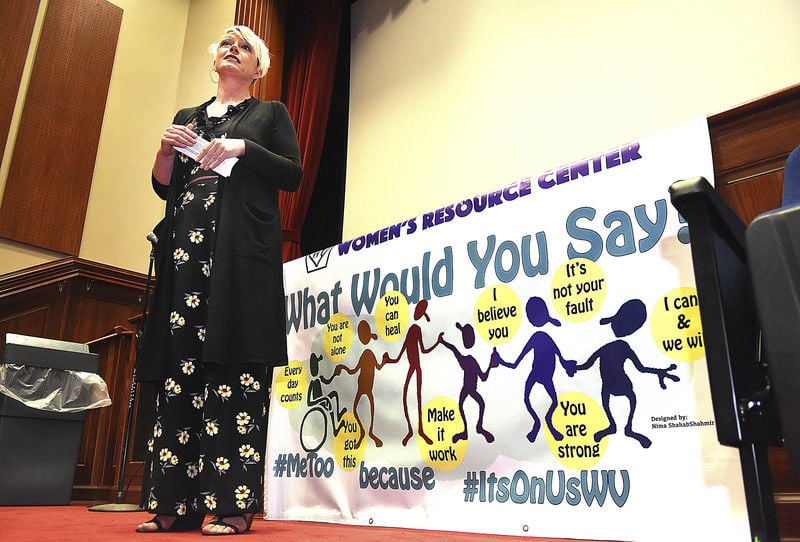 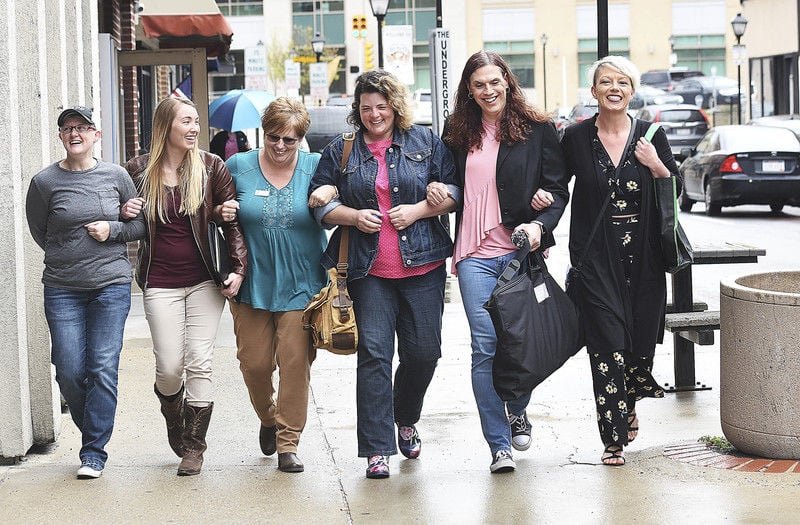 Standing in front of a small group inside The Raleigh Playhouse and Theatre, Danielle Stewart said bravely, "I am a victim of sexual assault."

It was her freshman year at college. It was her first experience with alcohol. It was a night she barely remembers, but one she'll never forget.

"I didn't understand the effects of alcohol," Stewart said. "I passed out, woke up sometime in the middle of it, not really knowing what was going on."

Although the incident happened nearly 30 years ago, it's still something she lives with every day.

Stewart shared her story Wednesday as part of a sexual assault and harassment awareness campaign led by the Women's Resource Center and Mountain State Centers for Independent Living.

Stewart also bravely admitted she has been guilty of sexually harassing others in the past. She didn't recognize her behavior until she went through sexual harassment training in the U.S. Army.

"The bottom line is there is no excuse for sexual harassment, for people to feel they’ve done something out of place, to feel objectified."

She encourages others to speak out when they see it happening to others, and she urges everyone to believe victims of sexual assault and harassment when they speak out.

"If someone tells you, believe them."

Samantha Hamrick, an advocate with the Women’s Resource Center, said one in six women in West Virginia will become a victim of attempted sexual assault in her lifetime.

"Statistically speaking, you know a survivor even if they haven't shared their story," Hamrick said.

Sam Petsonk, an attorney with Mountain State Justice, shared how individuals with workplace harassment and discrimination cases can take action.

"Unfortunately, due to power imbalances in the workplace, it's a place where abusive and harassing conduct can occur."

But if someone is looking for a faster case resolution, Petsonk also encourages residents to seek local options, such as the Human Rights Commission.

Elkins, also the community resource facilitator at Mountain State Centers for Independent Living, shared some statistics about the assault and harassment of individuals living with a disability.

She said individuals with disabilities are often placed in positions where able-bodied people have power over them — either physical or institutional.

She encourages anyone with a disability who has experienced assault, harassment or discrimination to reach out to Mountain State Centers for Independent Living by calling 304-255-0122 or emailing mtstcil@mtstcil.org.

Hamrick concluded the event by saying, "It's time to stand up against sexual assault, abuse and harassment."

Olen Lyle "Duffy" Caldwell, 82, of Fayetteville, WV, passed away on Wednesday, June 3, 2020 at Bowers Hospice House due to complications of Parkinson's Disease. Born on September 27, 1937 in Page, WV, he was the son of the late Olen and Imogene Caldwell. Duffy retired from Peabody Coal Compa…

[br]BELLBURN [ndash] Andy "Wolf" Fox, 69, of Bellburn passed away on Friday, May 29, 2020 at his home. Born on September 9, 1950, he was the son of the late Clyde Junior Fox and Callie Shuck Fox. In addition to his parents, he is preceded in death by his brothers, Robert Fox and Michael Fox.…