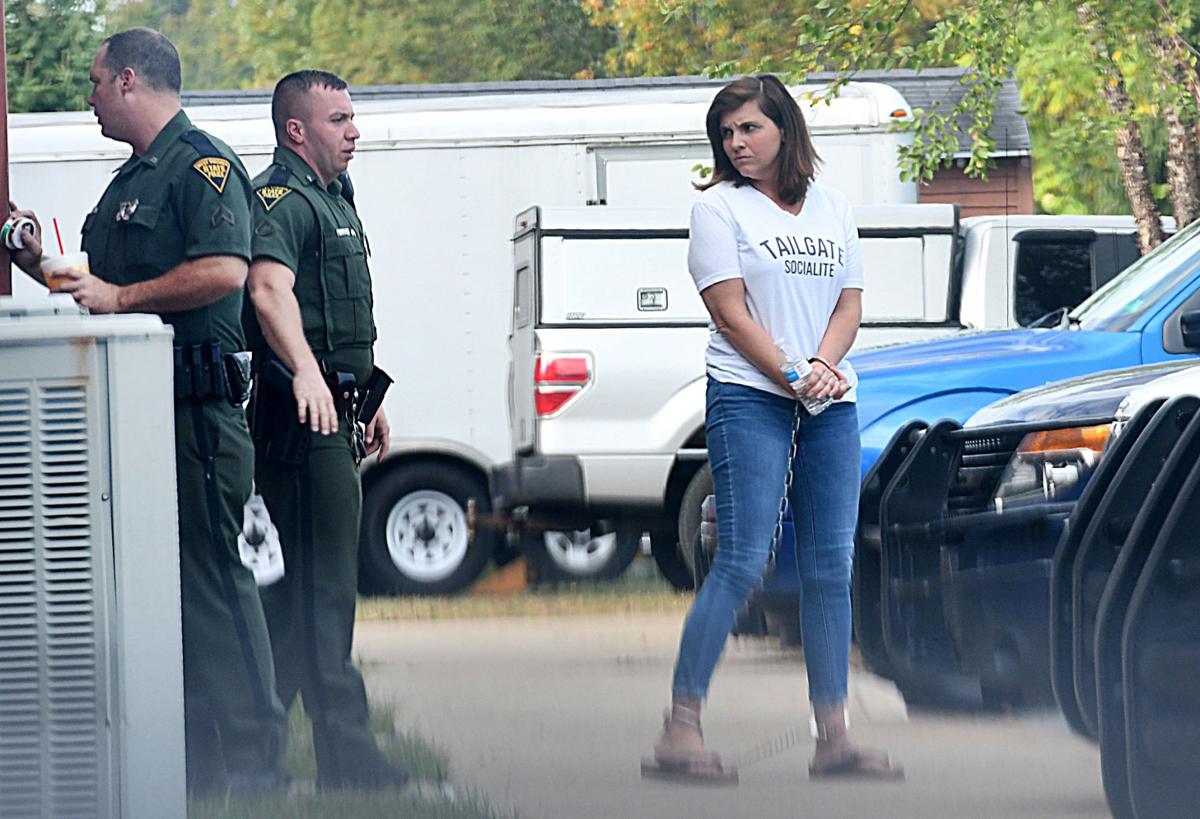 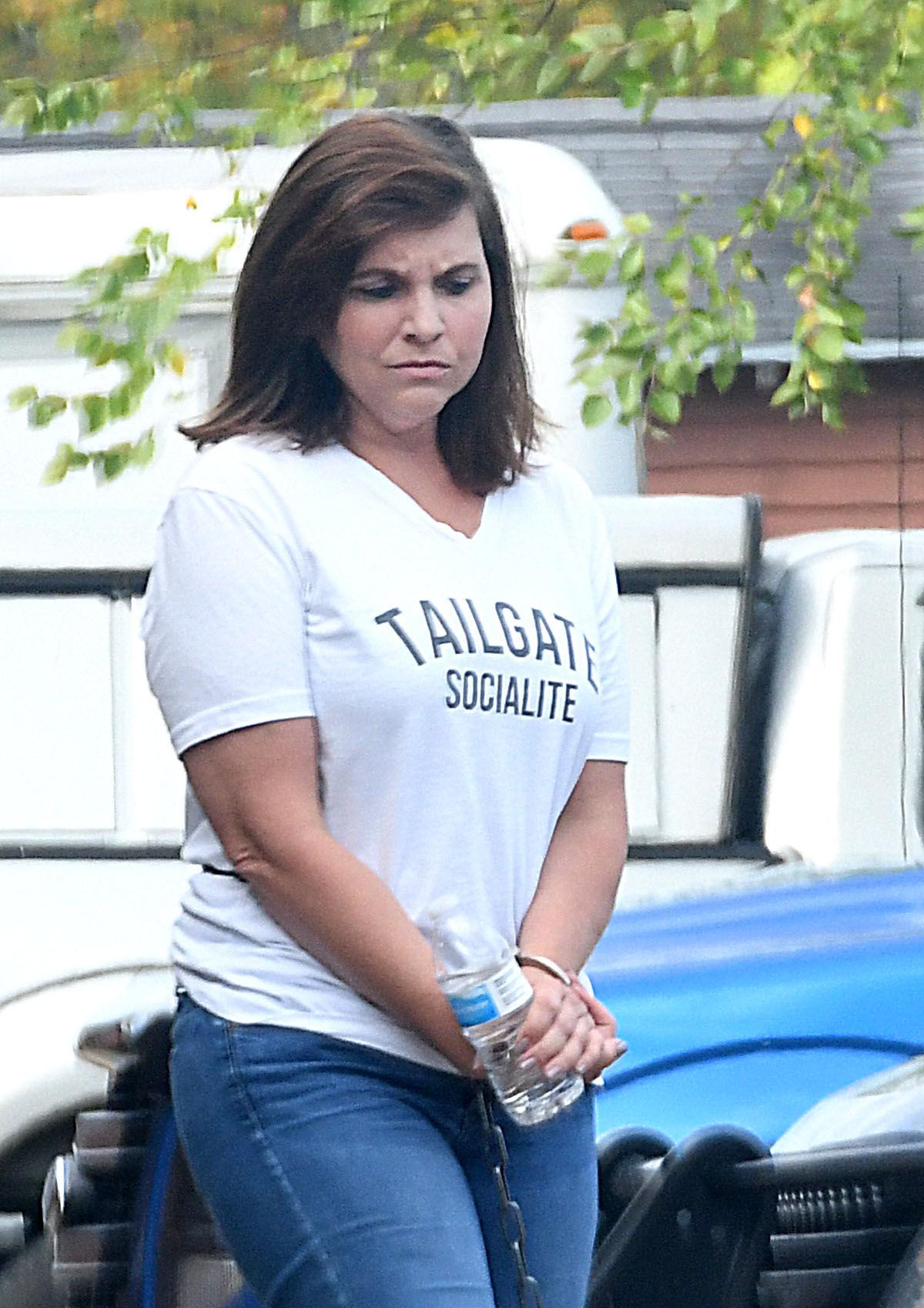 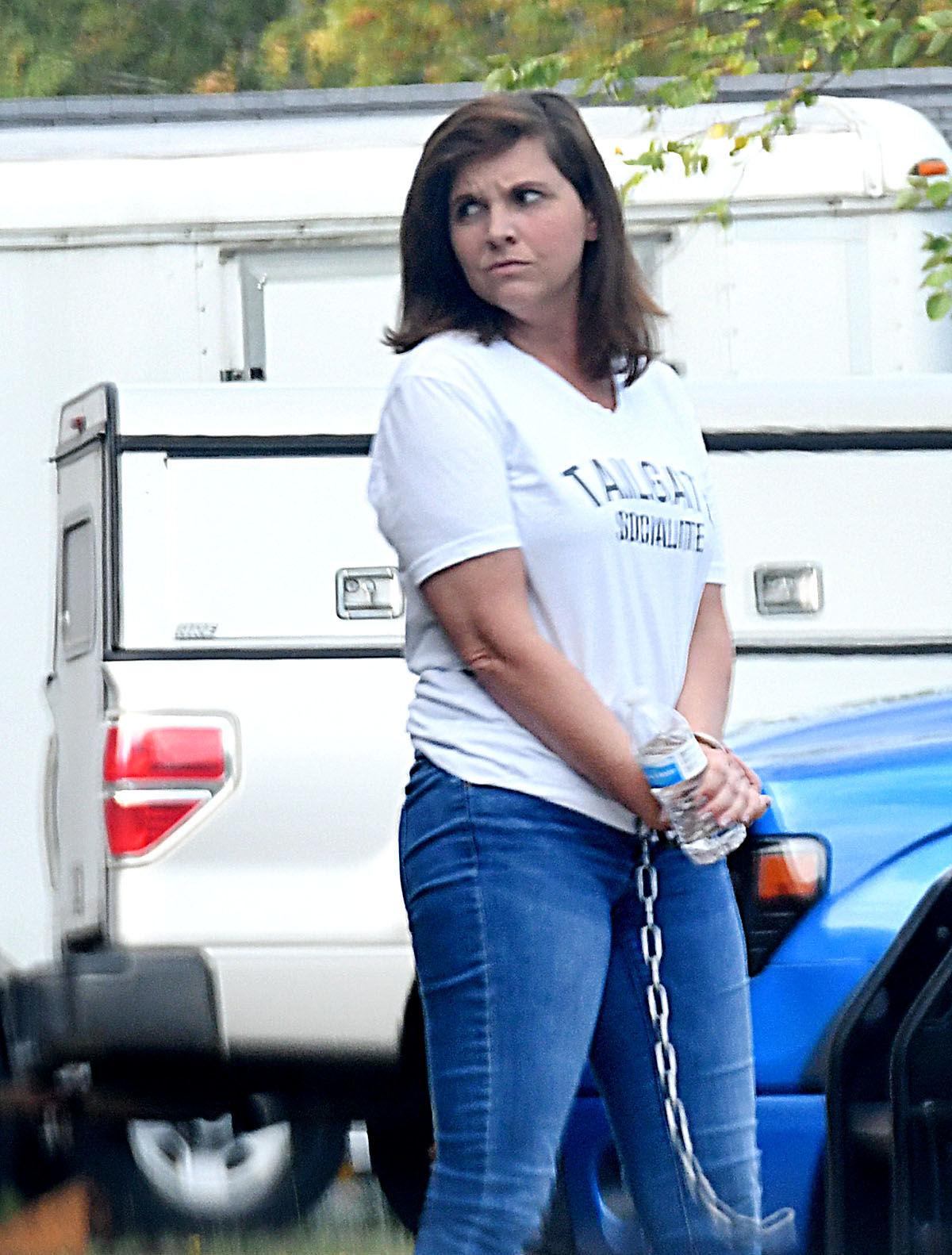 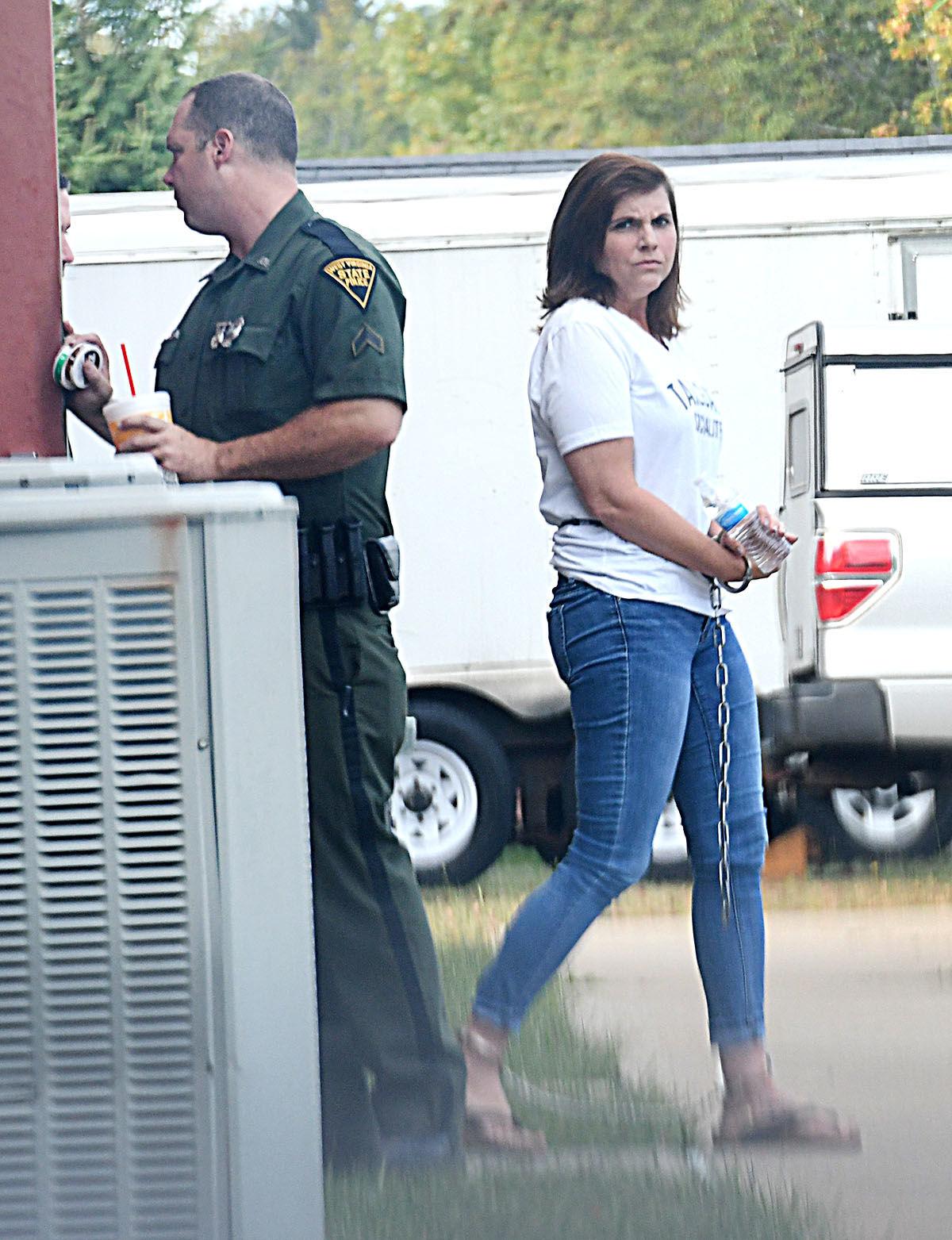 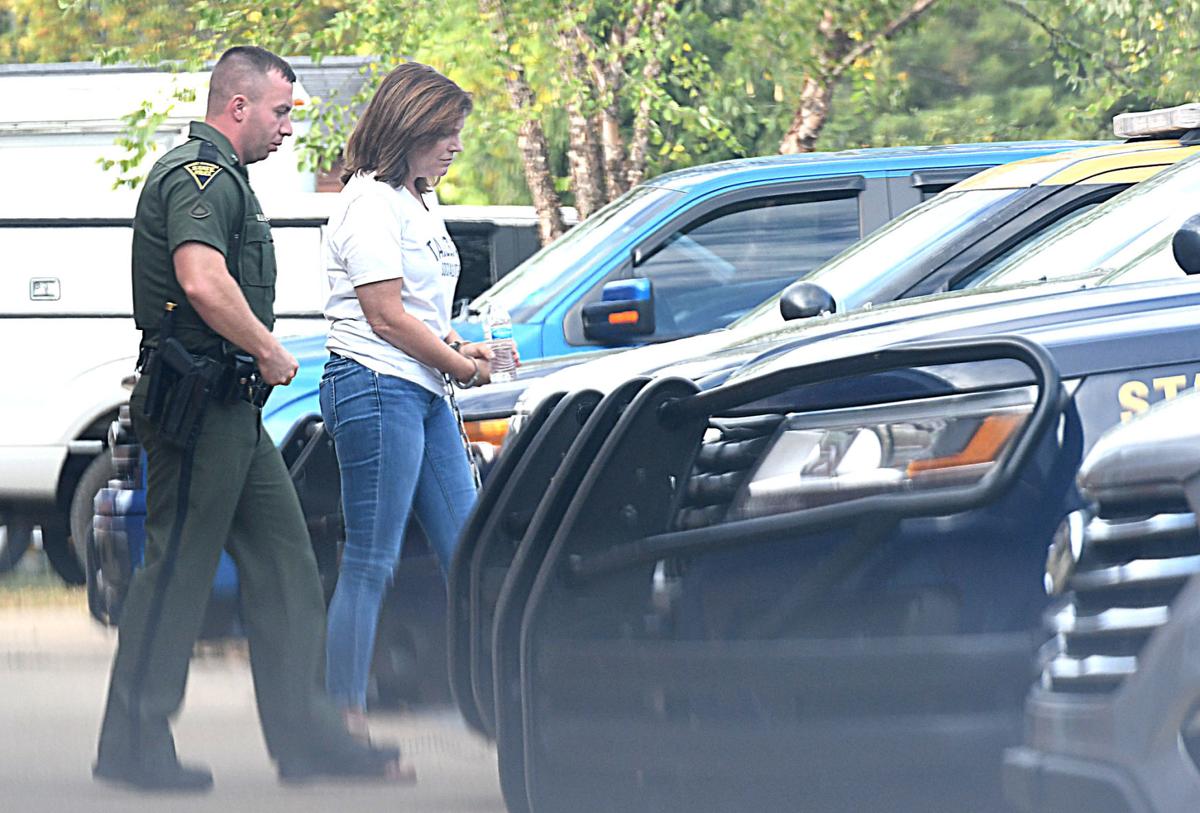 Federal prosecutors allege that Cochran presented two businesses she operated with her late husband, Tactical Solutions Group (Tactical) and Technology Management Systems (TMS) as legitimate government contractors, although neither ever had a government contract.

Investors were family and members of the community.

Cochran, 38, a former pharmacist and a mother of two children, was arrested at her home before her children had left for school, according to statements made to media by her family.

"An hour or so later, (the kids) would've certainly been in school," her bankruptcy attorney Robert Dunlap said, following her morning arrest.

The case has been a high-profile one, with many following it closely on social media.

Police handcuffed Cochran and also placed chains on her feet before transporting her from the West Virginia State Police detachment to US Southern District Court in Bluefield for arraignment.

The indictment alleges that she sent text messages to investors alerting them of false contract numbers that she said had been awarded to the companies, neither of which ever had a government contract.

The document states that federal prosecutors are seeking forfeiture of at least one million dollars, several vehicles that include motorcycles and a Sundown Rancher trailer, a Shelby Cobra Replica, diamond hoop earrings and real estate, including her home on 4-H Lake Road and property on Eisenhower Drive and Parkwood Avenue.

Her court-appointed attorney Rhett Johnson has filed a stay motion to ask the judge to halt seizure of the real estate until the conclusion of any criminal proceedings.

The alleged wire fraud transactions started in 2018 and ended in June.

Beginning in February 2018, she allegedly applied for and received three cash advances from finance companies, using investors' funds, which she allegedly had presented falsely as business sales.

She allegedly used those cash advances to make "lulling" payment to investors, to deceive them into believing their investments were "real."

In December 2018, she allegedly obtained lines of credits at banks by using false business income to secure the loans.

Cochran allegedly used false excuses to investors for not providing their funds, blaming the federal government for the delay, including the excuse of a government shutdown. She allegedly sent "fake emails" about the status of their investments, by forwarding emails she had "purportedly received" from banking industry employees and government about the false government contracts and used the government and banking employees' identification without lawful authority.

Prosecutors allege that when Cochran filed for personal bankruptcy on July 24 that she did not list her investors as creditors, failed to lister her ownership interests in the companies, failed to inform bankruptcy court that she had given her financial information to two lending institutions, that she had paid several debts owed to insiders and allegedly given a $600 gift prior to filing.

She was indicted on charges that she provided false information to Premier Bank in order to obtain a $100,000 line of credit and, later, a $250,000 line of credit. She allegedly used false tax returns in the second loan application.

The identity theft charges related to use of the name and unique electronic identification of those identified as "A.B.," "K.B," and "B.B.," whom Cochran allegedly knew to be "actual" persons.

In June, she allegedly attempted to sell 49 percent of the company to an unidentified investor for $4.9 million, with $50,000 paid upfront and then $1 million a year. In texts, she allegedly agreed to "teach" the investors how to do government contracts.

Dan Foley, a local orthodontist and businessman, told The Register-Herald that he had made the initial down payment. He did not go forward with the purchase, however.

Other investors had put up amounts of around $600,000 and around $400,000, according to a civil document that federal prosecutors filed in July.

Cochran is accused of allegedly withholding income she had received through Tactical and TMS on her bankruptcy filing and falsely stating that she had not made payments to anyone who was "an insider," although she had allegedly made several payments to family members over the past year.

She also allegedly gave a pair of earrings worth more than $600 to an individual but did not list it on the bankruptcy filing and failed to disclose that she had provided financial information to Premier Bank when asked if she had given out financial information within the past two years.

She allegedly provided false information during her Aug. 22 bankruptcy proceeding in federal court regarding the $600 gift.

Cochran told bankruptcy lawyers in August that she had been overwhelmed when filling out all of the bankruptcy forms but had not been intentionally deceitful.

Cochran was not arrested on state charges related to a West Virginia State Police investigation. All of the charges are federal.

Judith Belle Boyd Long, of Talcott, passed away on Friday, May 29, 2020, at her home following an extended illness. Born January 6, 1947, at Hinton, she was the daughter of the late C.W. "Billy" and Vada Lively Boyd of Talcott. Judy graduated from Talcott High School in 1965, and from the C …