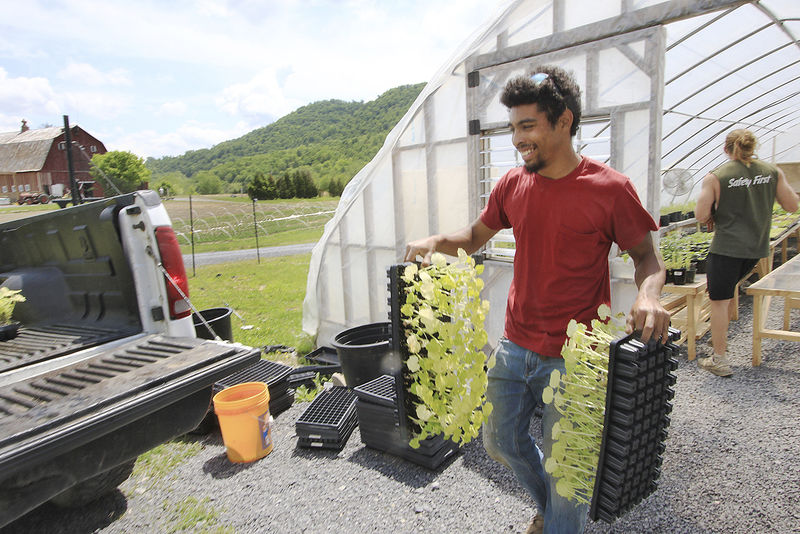 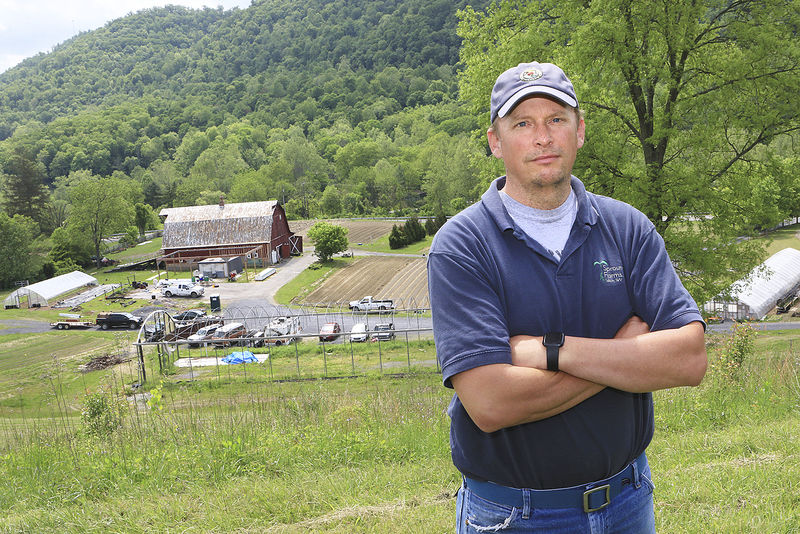 Fritz Boettner is the project director of Sprouting Farms in Talcott. Sprouting Farms is a non-profit farm and education and resource center located in Summers County. (Jenny Harnish/The Register-Herald) 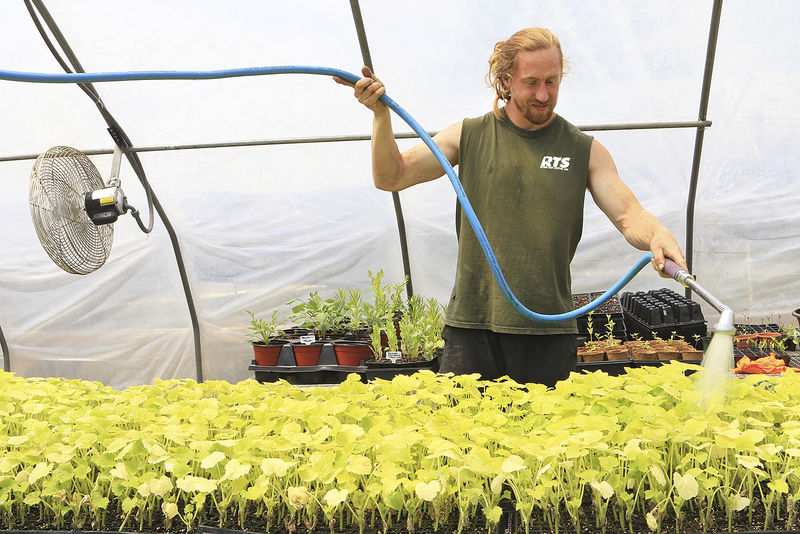 Fritz Boettner is the project director of Sprouting Farms in Talcott. Sprouting Farms is a non-profit farm and education and resource center located in Summers County. (Jenny Harnish/The Register-Herald)

Access to and the need for fresh vegetables is central in combating health issues in the state.

The term "food desert" is often thrown about to discuss the lack of access to fresh foods, especially in the rural reaches of the state. West Virginia's food problem, however, isn't just about access.

According to West Virginia University researcher Nicolas Zegre, a forest hydrologist who is studying the impact of climate change on human-built systems, approximately 63 percent of all the fruits and vegetables consumed in the Mountain State are grown in the Central Valley of California, an area more than 2,000 miles away that has dealt with extreme water concerns over the recent past and faces an uncertain food production future.

The dependency on other regions for healthy foods is only exacerbated by the fact that the state contains very little activity centered on growing healthy vegetables.

According to the recently released United States Department of Agriculture's Census of Agriculture, only 2,651 acres in the state in 2017 were used for growing vegetables for sale.

That equates to just under four square miles, just over one-tenth of one percent of the state's landmass. Further, each resident of the state has only 60 square feet, the size of a decent-size full bathroom, dedicated to them for the vegetables they need per year.

Nationally, over 4.3 million acres of vegetables were grown for sale in 2017. Per capita, that annual production is approximately a tenth of an acre or 435 square feet per resident.

While the mountainous terrain that defines West Virginia's topography plays a big role in the lack of vegetable farming in the state, the terrain is not the only factor.

According to a recently released agenda to grow the agricultural industry, the Mountain State has the highest ratio of animal product sales to crop sales in the nation.

In addition, of the more than 736,000 acres of harvested cropland, more than 87 percent, or 643,902 acres, was designated to the production of hay for livestock, which was more than 242 times the land designated for growing vegetables.

That acreage use comes as agricultural land in the state has plummeted over the last 70 years.

While it is no secret that the number of farmers across the nation has greatly declined during that time, agricultural land use since 1950 has remained relatively stable at just over 1 billion acres, or 46 percent of the nation's landmass.

"A Shared Agenda For Growing West Virginia's Agricultural Economy" is a report about the conditions of the state's agricultural sector with a roadmap for a path forward for agriculture in the state.

Produced in partnership between the West Virginia Department of Agriculture and the West Virginia University Extension Service, the agenda lays out four general steps to grow agriculture in the state: connect producers to market opportunities, create the infrastructure needed to grow the agricultural economy, enhance the land, and develop the next generation of agricultural industry leaders.

In taking the time to develop a plan, meeting with hundreds of stakeholders during 14 meetings across the state while paying a Pittsburgh-based economic development consulting firm, Fourth Economy, the state collaboration stumbled across the practices already being used, albeit in a much smaller scale, by a small group of state and local nonprofits.

In southern West Virginia, those efforts have been led in part by the operators at Sprouting Farms, a farming incubator in Talcott, and Turnrow Appalachian Farm Collective, a merger of local Greenbrier Valley Grown and the Huntington-area Refresh Appalachia and the pair's amalgamation of like-minded farmers, businesses, organizations and nonprofits.

Fritz Boettner, the project director at Sprouting Farms and the food system director at Turnrow, knows the ins and outs in the efforts to try to make the joined but differing efforts of both Sprouting Farms, Turnrow and the greater need for local produce access a success.

While the two efforts of the nonprofits may have separate goals, without each other they cannot exist.

For Boettner, the survival and the expansion of quality, fresh food in the state can be easily described as an onion, a problem with many layers, each dependent on the other. There are questions on how to grow, what to grow, how to harvest it, how to package it, how to store it, how to transport it, who's going to buy it, what the profit margin will be, what the customers will buy, how to grade the product and how to profit off of all the different grades.

"Those are the details that I feel have never been dealt with," Boettner said. "No farmer in their right mind would take their private money and figure that out because they would lose."

Operating both nonprofits as businesses, Boettner said his goal is to mitigate the risk of the producer while taking advantage of his organization's ability to take a risk due to its funding stream.

That end can be seen in an experiment at Sprouting Farms to discover the best type of lettuce that can be grown and sold year-round to developing a local, vibrant produce market across the state with Turnow.

While the development of a market for local produce is a difficult one, Boettner said that Turnrow is currently distributing West Virginia-grown produce from Huntington to Roanoke and up into Canaan Valley to some 30 restaurants and three school systems along with other purchasers.

That sell isn't always easy, according to Boettner.

Along with the big box stores, he has to contend with the general public. Within the service industry there are national distributors that can offer a cheaper, more convenient product with a simple click of a computer.

Boettner said the only way to combat that competition is to personalize local food, sing praises of its quality and harp on its ability to help the local economy.

Noting that the path to a sustainable, profitable and healthy local agriculture economy is a hard road, Boettner said it is certainly possible, citing efforts in the Appalachian areas of Virginia that have paid off with multiple million-dollar produce markets.

"It's not as if it can't happen," Boettner said. "There's nothing holding us back other than ourselves, the infrastructure, the will to do it, the time it's going to take and the hard work that it's going to take to do it because it happens all around us."

For Boettner, success can only come with a collaborative effort where the state's producers, consumers and government entities work together.

"We have to continue to build the opportunity," Boettner said.

With that continued building on local farming, Boettner believes the state can succeed on multiple fronts: employing and keeping a younger generation of farmers in the state, keeping money within the community, improving the health of local residents and generally improving the quality of life for those residents.

"It's a long road," Boettner said. "This is not an overnight fix."