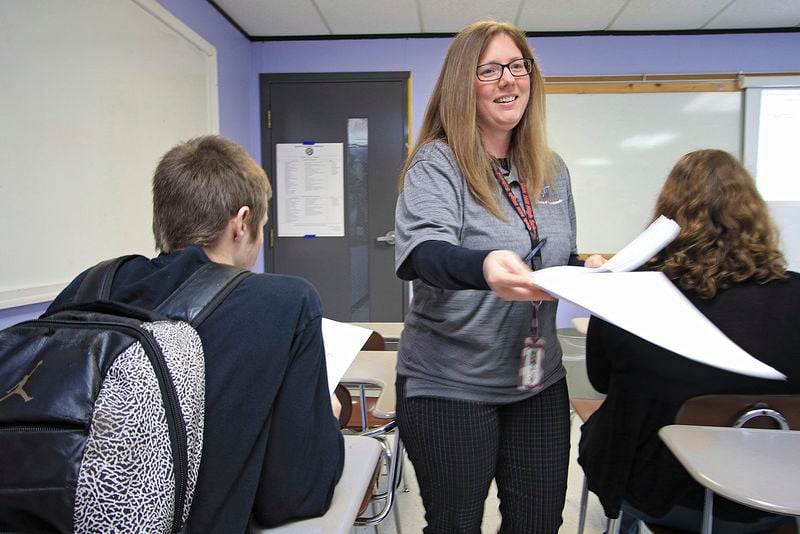 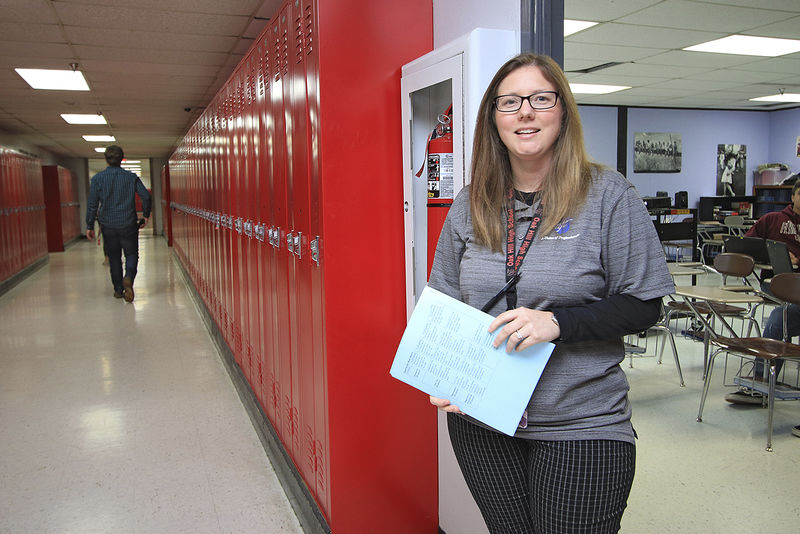 The West Virginia Department of Education (WVDE) recently reported more than half of all teachers missed at least 10 days of school last year – and 11 percent had missed more than 20 days.

While WVDE officials say those absences can be a determent to student achievement, teachers are speaking up, claiming the data is being used as another political tactic to rally support against their ranks.

According to the WVDE report, counties in The Register-Herald's coverage area had higher teacher absentee rates than the state average. Fayette County recorded the highest rate of absenteeism in the area with 61.65 percent of teachers missing 10 days or more last school year.

Statewide, the percent of teachers missing at least 10 days of school has risen each of the last four school years.

The WVDE and teachers are quick to point out that although the percentages look high, 94 percent of teachers across the state report to their classroom daily.

"The data does say a large percentage, but I think it's more telling what it doesn't say, and why teachers are taking days in the first place," Toney said.

According to Toney, 70 to 80 percent of teachers in the state are female and a large majority of them are mothers.

"Whether we want to admit this or not, primary caregiver is usually mom,” Toney said. “Mom takes the kids to the doctors, mom has to stay home if the kids get sick, and that's just often how it is.

"We often take our sick days to take care of families,” Toney said. “We're not usually taking them for ourselves."

Veteran teachers are often using their days to take care of their parents including trips to doctor's appointments, Toney said.

Each year, by contract, teachers in West Virginia are allowed 12 sick days and three personal days. They receive no vacation days..

She explained that with the days teachers are allowed off, it adds up to 1.5 days each month of the 10-month contract, which is less, she maintains, than what professionals in other occupations receive.

"My husband, who doesn't get summers off, is allowed 2.5 days a month, and I have a family member who works in the private sector, who gets six days off," she said. "So when you look at the numbers compared to other occupations, we really are not afforded that many days off."

Toney called the data reported by the WVDE an issue of disrespect, because although their numbers may be accurate, they're leaving so much background data out.

"We're talking about the people who have the luxury of going to the restroom when they need to go, or go take a water or coffee break if they need to. Teachers don't have the luxury of doing those things. If we have those days, we should be allowed to take those days," she said. "What is being said and gaslighted is almost cruel. We are demonizing teachers if they get sick and saying, 'Look at those teachers who won't come to work.'"

According to research conducted by the National Bureau of Economic Research (NBER), 10 days of teacher absences over the course of a school year can significantly reduce student achievement in mathematics. Teacher absences, the study found, “radically reduced instructional intensity” by creating “discontinuities of instruction (and) the disruption of regular routines and procedures of the classroom.”

The Heartland Institute reported another NBER paper found replacing an average-performing teacher with a substitute is the equivalent of replacing that teacher with one who sits in just the 10th to 20th percentile range of productivity.

Toney, however, doesn't believe there is a correlation between teacher absenteeism and student performance. She said she thinks West Virginia students are living in a rough environment, and in those environments, education isn't valued.

When it comes to students being absent, the WVDE Balanced Scorecard reported 38 percent of all public schools in the state failed to meet attendance standards; 20 percent of all students across the state missed 18 or more days of school.

"We don't get Christmas bonuses, we don't get to cash out our days; for the vast majority of us, if we don't use our days we can roll them over, but they don't go toward an incentive for insurance purposes or health coverage or anything like that," she said. "It's not paying them to come to work. It's offering an incentive that's available to other employees elsewhere."

Teachers don't like missing school, Toney said, and in fact, it's actually hard to miss school as a teacher, and teachers try to avoid it at all costs. She said it's more work to take a day off as a teacher than it is to actually be in class.

"We have to make sure all our materials are prepped, everything is in order with lesson plans, class work, and all of that. It is truly not easy to get things ready for a substitute," she said.

Grant Davis, the president of Shady Spring High School's National Honor Society, said he does, in fact, believe teacher absenteeism affects students, but not in the aspect most immediately think of.

"I think it's an underlying cause and that is simply this — the quality of the substitute teachers," Davis said. "In West Virginia, many if not the majority of substitute teachers have never permanently taught in a classroom setting. For those who have, they generally are covering subjects they personally did not teach."

Davis believes West Virginia cannot expect education to shut down when teachers are out of the classroom. Most of the time, he said, teachers do not know who is subbing and whether or not the sub can handle the day's lesson plan. Therefore, he said, teachers usually leave "busy-work" for their students.

He believes it's already hard enough already to find substitutes in West Virginia, so it is nearly impossible to have a substitute who is familiar with the content of that certain class.

"I know from experience there are qualified substitute teachers who have taught many years in their own classrooms and they most definitely are capable of teaching a lesson," Davis said. "On the other side, however, I have experienced substitutes in the classroom who have never taught in a classroom of their own nor have they been familiarized with the class curriculum. This is where the problem lies.

"This is why scores drop when teachers are not in the classroom. We must look at what is causing the shortage of qualified substitutes and address that problem rather than reprimand our teachers for simply balancing their professional and personal lives."

Davis doesn't believe teachers missing school is an issue. He said growing up in West Virginia, he realizes teachers are real people, who have lives outside of school, and deserve to take the days they're allowed.

"Teachers get sick, their children get sick. They have doctor's appointments they cannot miss," Davis said. "What about the young teacher who is pregnant and has to travel to Charleston for her blood work and ultrasound before the clinic closes at 4 p.m.? We can't expect her to miss those appointments.

"I just don't think it's fair to hold them to a different standard than other citizens when it comes to time off."

Savannah Holbrook, the vice principal of the Senior Class at Oak Hill High School in Fayette County, feels teachers should be allowed to take their "days" as they choose, like any other profession. However, she often feels teachers don't take as many days as they actually should.

"I know there are a lot of times that my teachers will come to school really sick because it's often easier for them to just suffer through it instead of preparing everything they must leave for a substitute," Holbrook said.

Unlike Davis, Holbrook doesn't feel the quality of substitutes is affecting the quality of her education, because she feels her actual teachers have put in just as much work, if not more, into that day's activity.

Although students don't seem to feel their teachers are missing too much school, state education officials aren't exactly feeling that way.

State Superintendent of Schools Steve Paine told West Virginia MetroNews that teachers throughout the state are missing too much school, and when discussing the fact 11 percent of teachers missed more than 20 days, Paine said it was important to find out the reasons why.

“The bottom line is, we’re all missing too much school," Paine told the news outlet.

While Paine agreed there are often necessary reasons and obligations teachers have to take days, they may not realize what taking the days could cause.

"The new ones (teachers) coming into the profession feel like those are their days, their benefits," Paine told West Virginia MetroNews. "They get those 15 days every single year. They don't see the value necessarily of seeing those days accumulate."