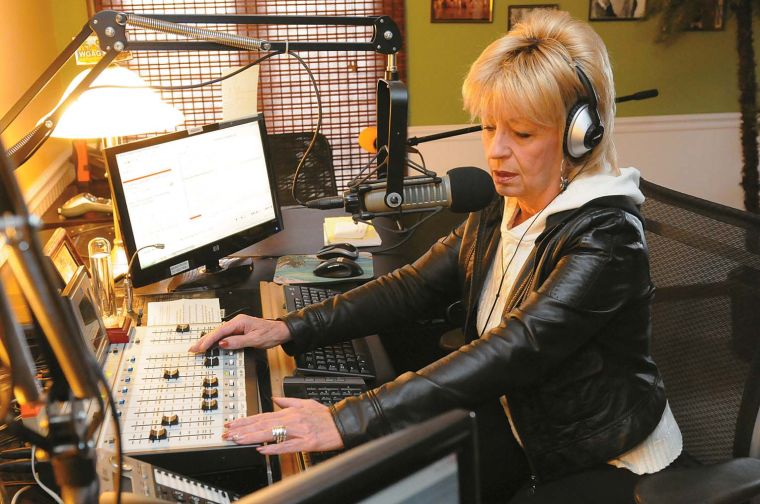 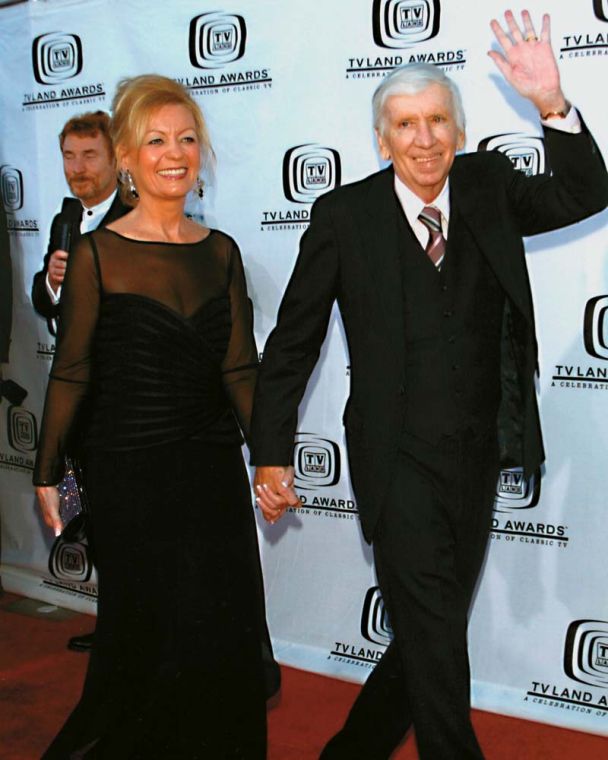 Bob’s last public appearance, together with Dreama at the TVLand Awards at the Hollywood Palladium in 2004. The ’60s sitcom icon passed away in 2005.

Bob’s last public appearance, together with Dreama at the TVLand Awards at the Hollywood Palladium in 2004. The ’60s sitcom icon passed away in 2005.

Every man needs an island. Every island needs a song.

Native Princetonian Dreama Peery Denver is a tuned-in woman, as a radio personality of her own studio and as an advocate for parents with autistic children. She is also attuned to the sting of stereotypes — Hatfield and McCoy tempers, provincial wit and poor opportunity — sticking to West Virginia like nettles to denim.

The wife of the late actor Bob Denver, best known for his role in the 1960s sitcom “Gilligan’s Island,” recalls being one of the first employees at Disney World before catching the acting bug. There, in the happiest place on earth, she had her first encounters with the chiding about where she was from. Yes, she had shoes, she had all her teeth … and she had talent and chutzpah to boot, both of which shined to her benefit.

Call this a tale of four Denvers: First there was Bob Denver who met Dreama, the actress acquainted with two hills, West Virginia and Hollywood varieties. “I was doing regional theater,” she told FoxNews in an interview about her newest book, “Gilligan’s Dreams: The Other Side of the Island.”

“I got a call from a friend telling me they were casting a show called ‘Play it Again Sam.’ I got the part, and thought ‘I’m going to have to kiss Gilligan? Really?’ Little did I know I would be doing those love scenes for the next 28 years.”

That made two Denvers, both of whom returned home to West Virginia, where they spent Bob’s last 15 years together, caring for severely autistic son Colin, the third and penultimate Denver to this tale.

Dreama says the state lost one of its biggest fans when it lost her Bob to cancer. In spite of his charmed life on a syndicated island, his favorite island was the landlocked one — his wild and wonderful West Virginia. Here, the remoteness was sweeter, glorious and God-kissed; a place where some things changed and others refused alteration. One of her last promises to Bob, Dreama recalls, was to make him proud and honor his memory, and among his fondest memories were those wrought in these hallowed hills.

“I’m not whistling Dixie,” she recently told WVSouth magazine from her home in Princeton.

“Bob loved this area. I hate to say he loved it more than I did, being from here myself, but every day he would wake up and look out the window and thank me for being born here.

“I read an interview (online) Bob did before he died. He said he thought they should put a fence around the entire state and make it a national park. He didn’t want a lot of people to get wind of how wonderful it was and change it. He really was proud to be from here.” Bob passed away in 2005 at the age of 70.

Among a full bucket of activities and initiatives, including her newly published book “Gilligan’s Dreams,” about their life together and the challenges of raising Colin, Dreama is calling for a new, more relevant and recognizable state song to be added to the host of anthems. Enter the fourth and final Denver — musician John Denver.

While it may seem trivial to some and controversial to a handful, she has solid backing in a pursuit to deem John Denver’s undeniably catchy “Country Roads” as one of what would be four official state songs.

Dreama, whom Bob affectionately referred to as “Dreams,” inspiring her current book title, isn’t your stereotypical West Virginian, nor is she your stereotypical widow. From her radio station Little Buddy Radio, part of the Denver Foundation she and Bob created to help parents of autistic children, she had an epiphany spawned by a conversation about the unofficial West Virginia anthem.

“My co-host Charlie Thomas and I were talking about it live on our morning show ‘Sunny Side Up.’ ‘Isn’t this a state song?’ he asked, and I said, ‘If it’s not, it should be.’”

The two, along with support from U.S. Sen. Joe Manchin and District 27 Delegate Marty Gearhart, have spearheaded a project to get “Country Roads” included as one of West Virginia’s official state songs. The motion wouldn’t replace any of the three existing songs, “The West Virginia Hills,” “West Virginia, My Home Sweet Home” or “This Is My West Virginia”; it would be added to the list, bringing more recognition and relevance along with it.

“The state of Georgia adopted ‘Georgia On My Mind.’ Oklahoma adopted ‘Oklahoma’ from the musical. Why not adopt a song as recognizable about West Virginia as ‘Country Roads’?” Dreama reasons.

From his 1971 album “Poems, Prayers and Promises,” John Denver’s “Country Roads” has crossed oceans, language barriers and obstacles as impressive as the Great Wall of China to replicate its folksy DNA inside generations.

“I interviewed Sen. Manchin the other day on ‘Sunny Side Up,’ and he told us that when he was governor, he was introduced to the prime minister of Thailand.” When the prime minister heard where Manchin was from, he started singing. The refrain? “Almost heaven, West Virginia…”

Reports of random “Country Roads” serenades have poured into Little Buddy Radio from all over — reports from the Great Wall of China, to countless Irish pubs to cruise ships. True to form for the invisible force field of constancy above the mountainous and oceanless, two-panhandled island, there’s a blip of resistance.

“The objections we are getting (which are few) are that it talks about the Shenandoah River and the Blue Ridge Mountains,” which, while not geographically exclusive to West Virginia, are still considered a part of it.

“We’ve done our research. The Shenandoah River is 59 miles. Twenty of those are in the Eastern Panhandle. Coming into West Virginia from the east are the Blue Ridge Mountains. The chain is in other states, too, but so are the Appalachian Mountains,” Dreama suggests, and no one argues that we aren’t Appalachian.

The nitpicking is enough to make a songwriter roll over on his guitar. Appalachian mountains (too many syllables), New-ew-ew River (not enough). Maryland, well, that didn’t fit anywhere, but has been conjectured to be the original apple of John Denver’s roving eastern eye.

There is more evidence to the contrary, that Denver the songwriter and activist knew exactly what state he was referencing. “‘Miners’ Lady, stranger to blue water’ — (those lyrics) suggest a landlocked state, and you connect miners with West Virginia more so than any other state,” Dreama maintains.

“‘The West Virginia Hills’ which I grew up with was adopted as a state song in 1963 — that’s 50 years ago! ‘Country Roads’ is a song known all over the world because it gives such a great impression to people about West Virginia.” When you hear it, says Dreama, wherever you hear it, it causes the heart of every West Virginian, by birth or adoption, to grow three sizes in pride.

“It doesn’t matter what the origin was — it ended up being about West Virginia. What difference does it make when the end result is a song that depicts our state in a really good light?

“If people believe in something, they need to get behind it.”