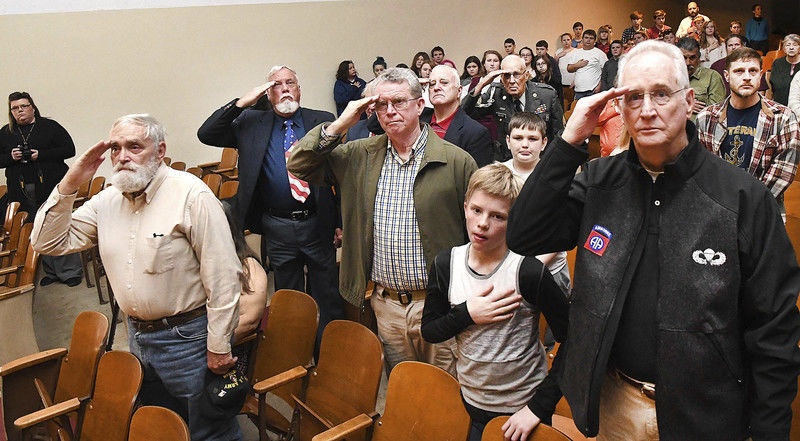 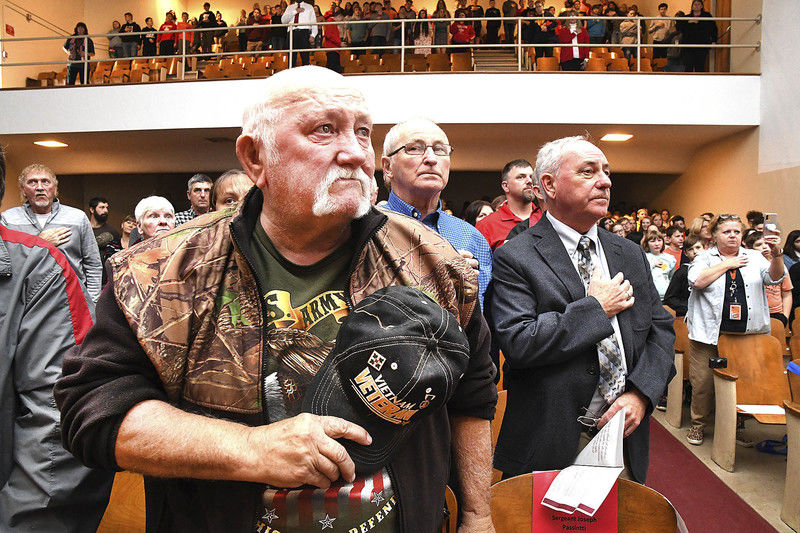 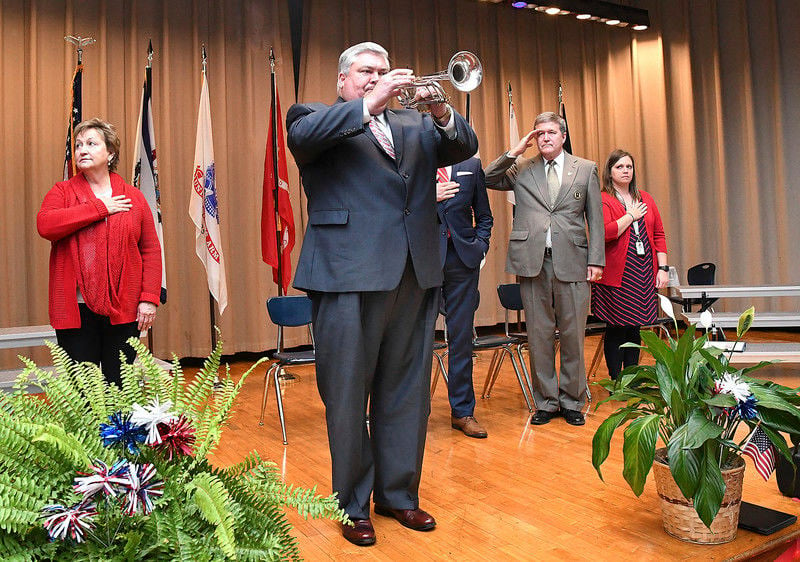 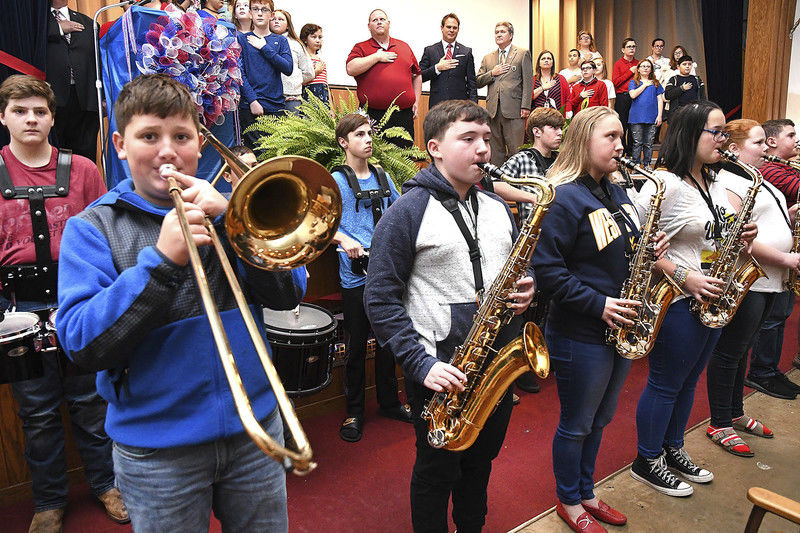 Within the old auditorium of Summers Middle School in Hinton, original old wooden paneled chairs remain. The scent of the room gives a sense of nostalgia, and on Thursday, the first six rows of those seats were filled with veterans in honor of the school's 16th annual Veterans Day Program.

Each veteran sat proudly, but humbly — some with hats from where they served perched atop their heads, some with pins and medals on their shirts, but each sat quietly, staring at the stage ahead.

The annual program is hosted by student government representatives at the school, who work to show their appreciation for the veterans and their service in a variety of ways.

The Summers County Kids, a choir grouped, performed two songs for the veterans in attendance, including "The Land that I love," and "Armed Forces Medley" which called for each veteran to stand up when their military branch was mentioned.

West Virginia Secretary of State Mac Warner was the special speaker for the program, and encouraged all students to always remain proud of their country and continue to make efforts to thank their veterans with programs such as the one they conducted Thursday.

"It's a tremendous thing to get young people engaged civically," Warner explained. "It is a fantastic representation of America, and ceremonies like this show it is never too late to do the right thing to honor our veterans."

Warner mentioned how, more often than not, veterans don't get the thanks or the appreciation they deserve, when they're the ones needing peace the most.

"When you see someone in uniform, or see someone with a military hat on, offer to buy them lunch, thank them for their service, and do it from the heart," Warner told the students. "I can tell that all of you already do that, based off this production you've worked so hard on today."

The program ended with Lee Dean, Warner's Field Representative, joining the students and veterans in singing "God Bless the USA."

The veterans present at Thursday's program were each sponsored by a student from Summers Middle School, and Mason Jones, an Army veteran, told The Register-Herald he looks forward to the program every year.

"This is the second year I've been asked by the same student to attend," Jones explained, "and it really just makes me happy to be involved."

Jones, who served in the military from 1957 to 1968, said he couldn't be happier with how the program went, and feels Summers County students really know how to show their appreciation towards their veterans.

"We don't always get thanked for our service, but these guys always make us feel very appreciated."