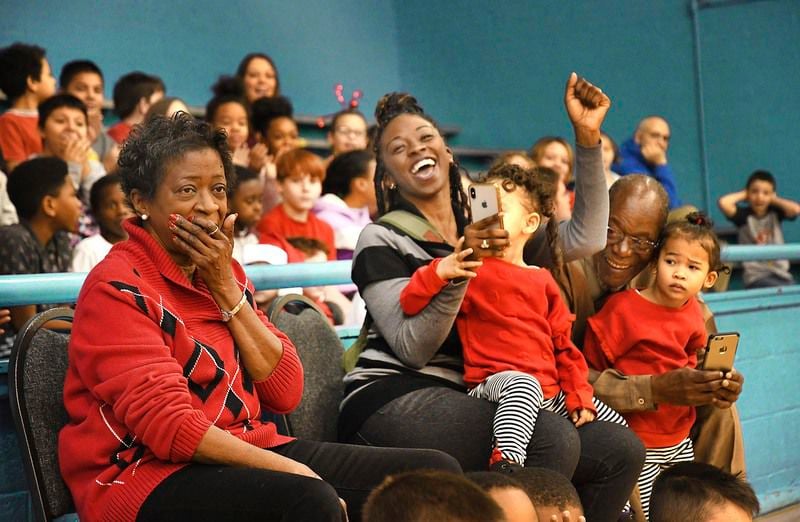 Stratton Elementary School teacher Gloria Clark, left, reacts after hearing she won the Reginald R. Rhodes Extraordinary Educator Award during an assembly at the school Friday in Beckley. Looking on are her daughter, Crystal Clark, her twin grandchildren, Avery and Addyson, and her friend, Bert Johnson. (Rick Barbero/The Register-Herald) 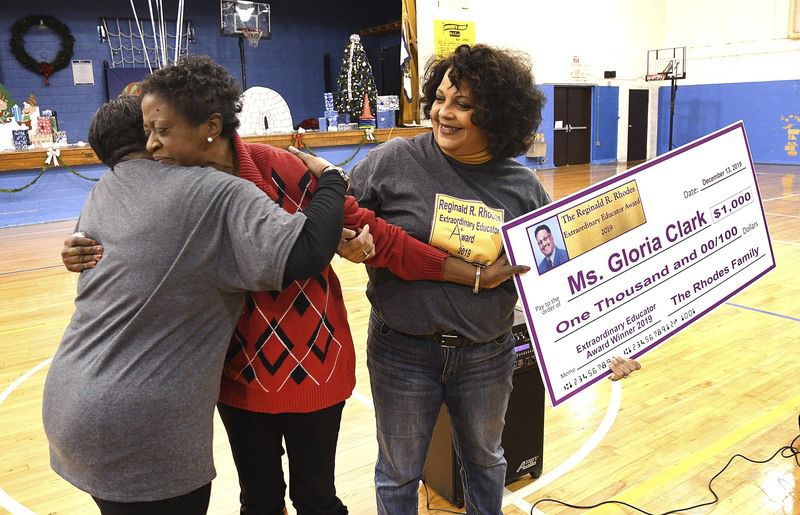 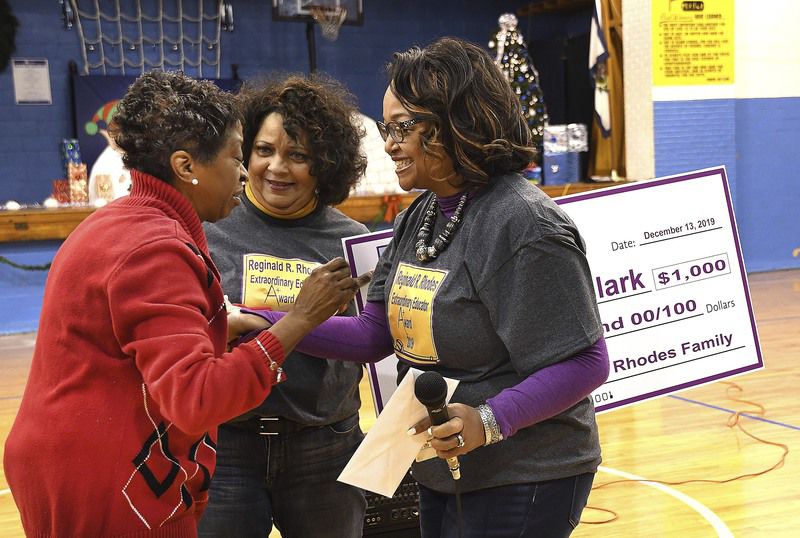 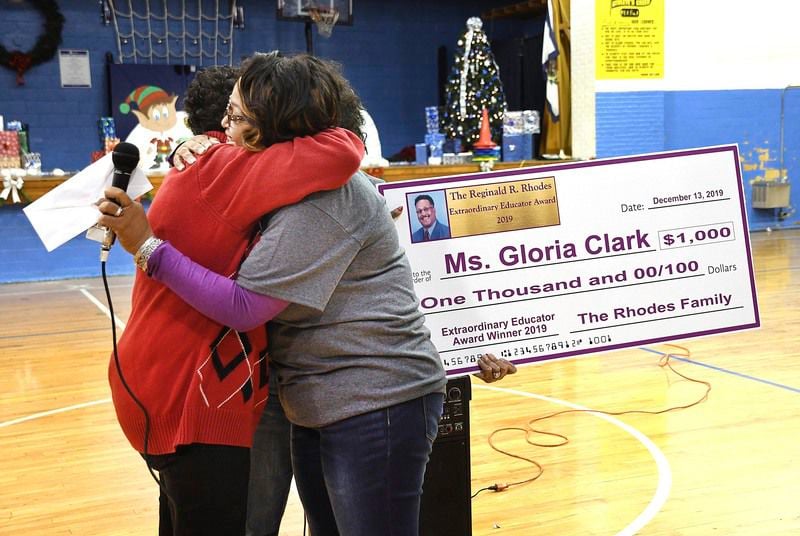 Stratton Elementary School teacher Gloria Clark, left, reacts after hearing she won the Reginald R. Rhodes Extraordinary Educator Award during an assembly at the school Friday in Beckley. Looking on are her daughter, Crystal Clark, her twin grandchildren, Avery and Addyson, and her friend, Bert Johnson. (Rick Barbero/The Register-Herald)

Mr. Reginald R. Rhodes was a teacher, a friend, an inspiration, a gentle soul, and a comedian. After he passed away in 2009, his family wanted to do something to honor his memory.

A teacher for 32 years at Beaver Elementary, then Daniels Elementary once the schools consolidated, Rhodes lived through his passion for teaching. His family felt it only fitting to create the Reginald R. Rhodes Extraordinary Educator Award — which Gloria Clark, a pre-K teacher at Stratton Elementary in Raleigh County, received Friday during a surprise assembly at the school.

Roach said the goal is to make the award an annual event, to consistently keep her father's legacy alive while honoring an extraordinary teacher.

"My father was a great teacher," Roach said. "The students loved him, parents loved him, other teachers loved him. One thing people always seem to remember is the funny characters he would dress up as on Halloween. He was just something special."

Roach and her family began a social media campaign for the award. They accepted nominations from teachers on who they felt deserved the Reginald R. Rhodes Extraordinary Educator Award. After receiving 20 nominations, Roach said Stratton Elementary School teachers received the most nominations.

As all students gathered in the assembly Friday morning, along with Clark, none knew who would receive the award. Clark sat in the front with all her pre-K students, dressed in a bright red sweater and dainty pearl earrings. When her name was called, she put her hand to her mouth and tears welled in her eyes.

Teachers and students cheered as Clark accepted her bright red apple-shaped award, along with a check for $1,000 for whatever she would like.

Clark is 66 years young, as she called it, and has taught in Raleigh County for 39 years. Upon receiving her award, she said she felt honored and speechless.

While standing next to her giant, cardboard check, Clark joked over what she would do with it. "Maybe everyone just thought I needed more Diet Cokes in my life," she said, giggling.

After being a teacher for so long, Clark told The Register-Herald her favorite part of teaching was seeing her students every day.

"Seeing them smile when they come in every morning gives me hope. I hope they keep those smiles all day, because now children don't smile as much as they used to."

"She shows dedication to her students and the Stratton community every day," Semonco said. "There are few teachers who love their students as much as she does."