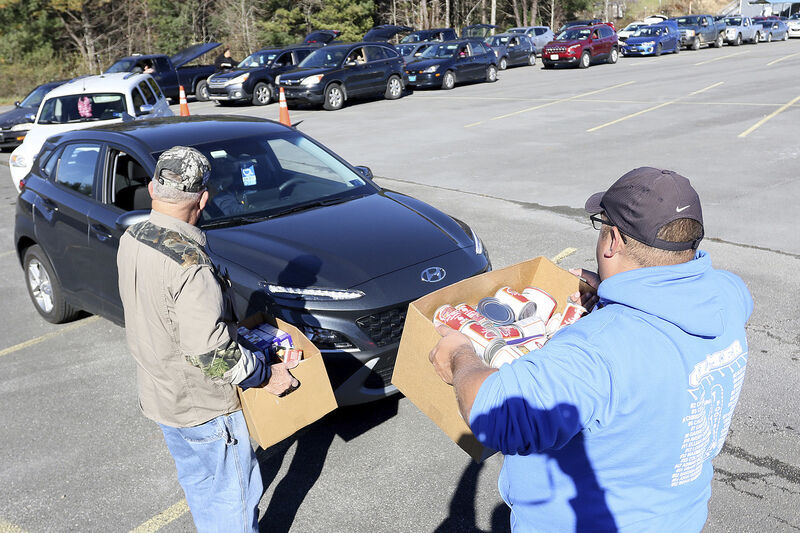 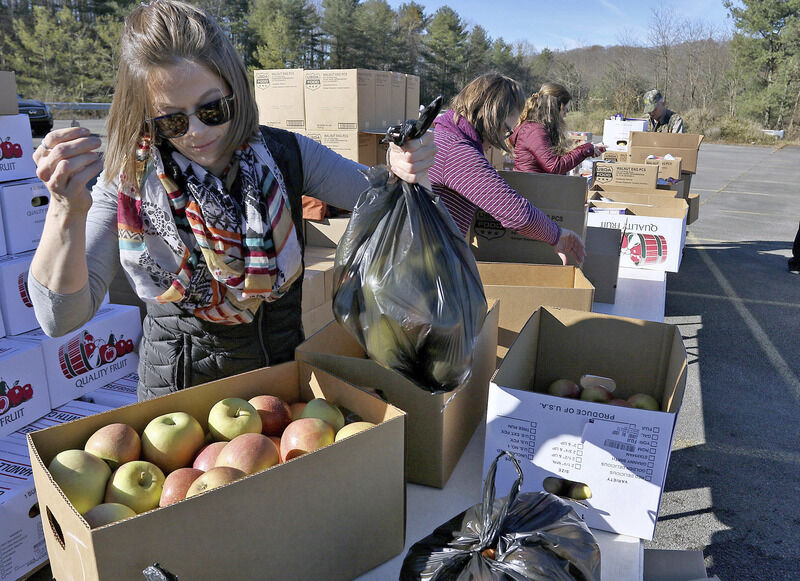 (Brad Davis/For The Register-Herald) Volunteer Amanda Hammons and others prepare boxes of food items as cars roll through to be loaded during a Mountaineer Food Bank distribution Wednesday morning at Linda K. Epling Stadium. 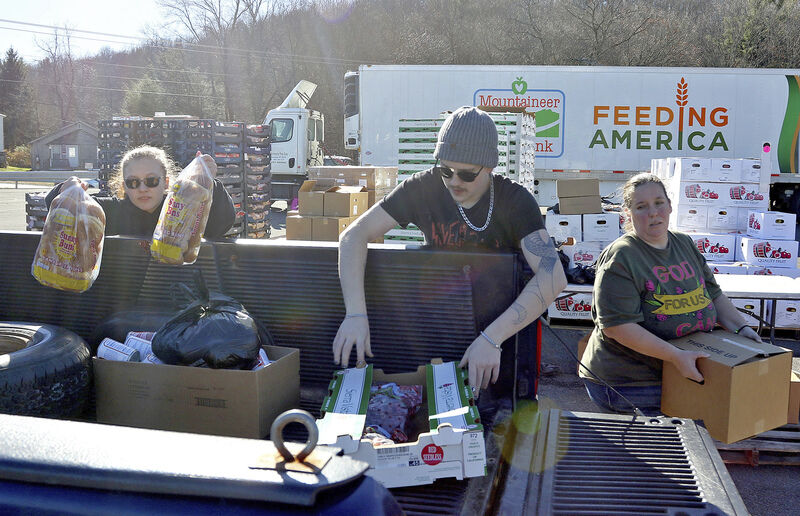 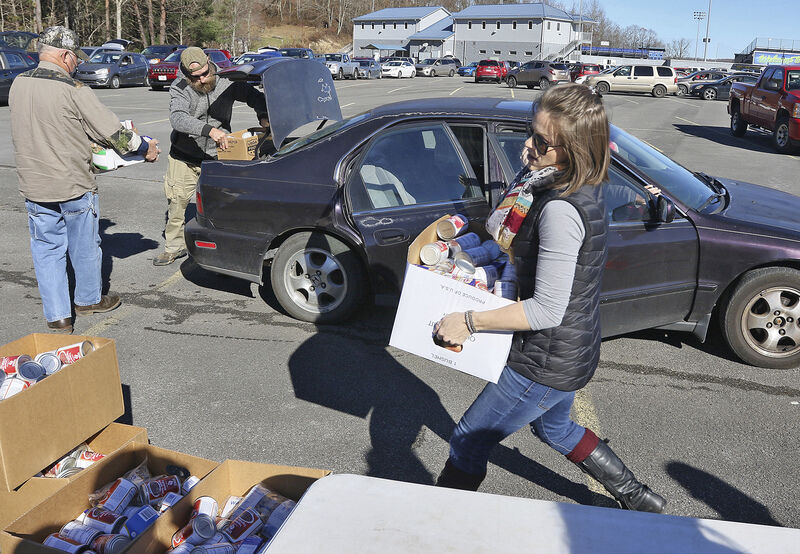 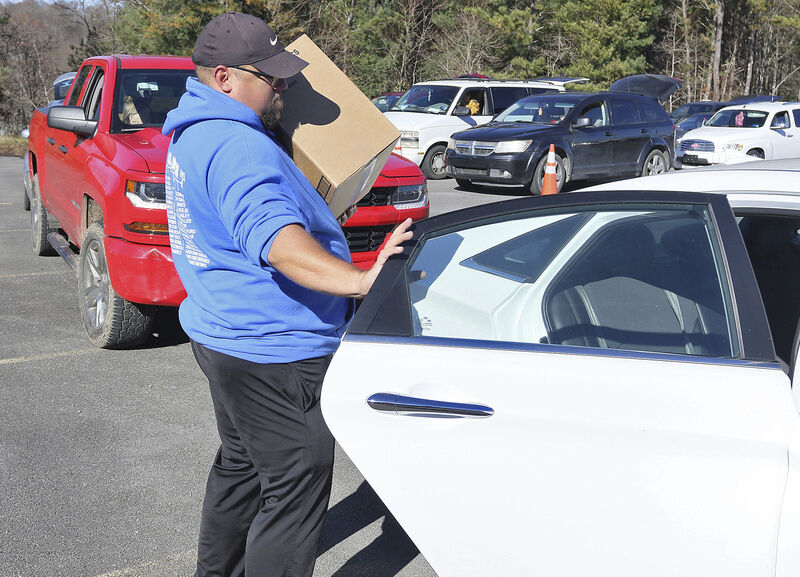 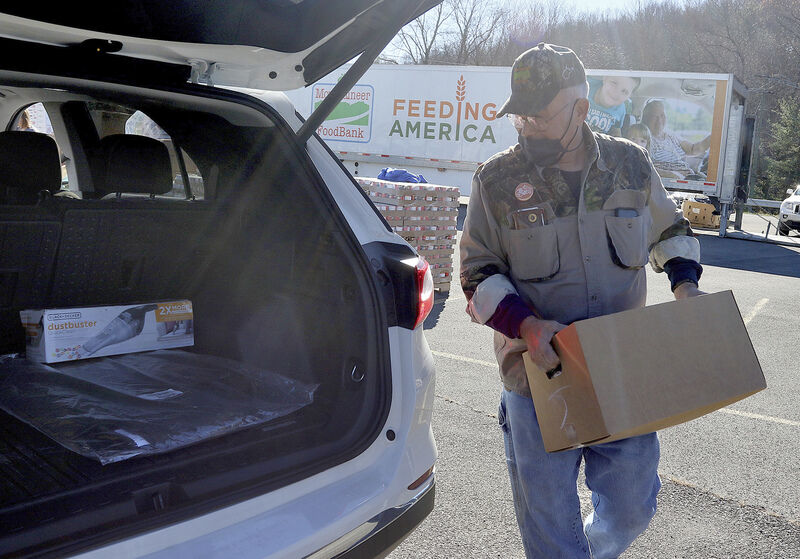 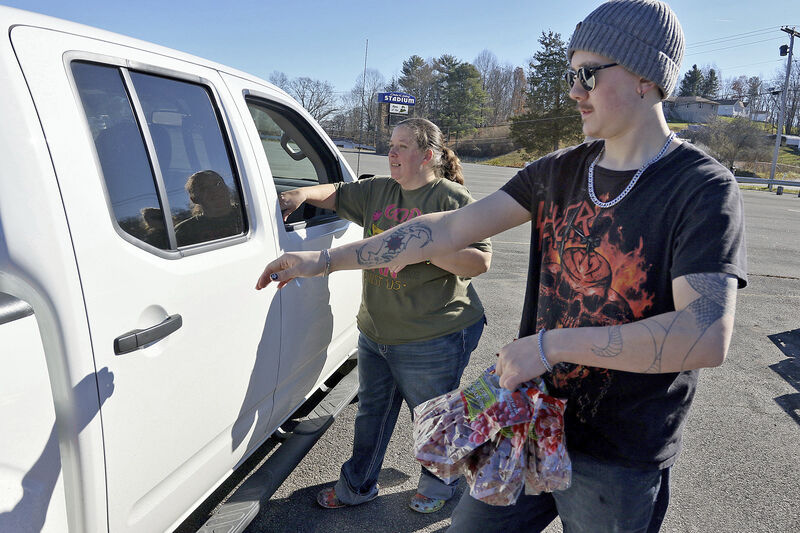 (Brad Davis/For The Register-Herald) Volunteer Amanda Hammons and others prepare boxes of food items as cars roll through to be loaded during a Mountaineer Food Bank distribution Wednesday morning at Linda K. Epling Stadium.

The parking lot of the Linda K. Epling Stadium was packed with cars Wednesday as people lined up to receive food being distributed by volunteers with the Mountaineer Food Bank Mobile Food Pantry food giveaway.

Just as quickly as volunteers were able to pack boxes filled with apples, dried beans, cans of soup, bread and more, they were loaded into the trunks of cars that made their way through the line.

Sherrie Hunter, site coordinator for Mountaineer Food Bank, said they are typically only given enough food to distribute boxes to 350 households but Covid has greatly increased the need for food in the community.

Pointing to the handful of hardworking volunteers guiding cars through the line as well as packing and loading food boxes, Hunter said it takes a village to make the food giveaway possible.

“As the saying goes, we’re all in this together and this is the epitome of that ... everybody is helping each other,” she said.

Hunter said everyone she interacted with as they went through the line was extremely grateful for the food being distributed just before Thanksgiving day.

“It really warms my heart when people, they look at me in the eye and they say with a grateful heart, ‘I don’t know what we would do without this food,'’’ she said.

Hunter said she saw one boy giddy with excitement when he saw that the box being loaded into his family’s vehicle contained apples.

“He said, ‘Oh, Mommy, can you make that applesauce I like?’ It’s the simplest things that make the most impact,” Hunter said.

Volunteer Amanda Hammons said she felt just as grateful for the opportunity to be able to help her community in such a vital way.

Hammons said when she was a child, her family also struggled with being able to afford enough food but she wasn’t aware of it at the time because there were organizations like Mountaineer Food Bank that helped her family.

“My family was very humble about it so I never really knew,” she said. “Churches have always been a huge supporter of families like mine that are in need. I never really knew the hardship of it, but I think it’s become more and more clear to the population that we have now.”

Hammons, who works for WIN (Women and Infant Narcotic Rehabilitation Program) West Virginia, said she was happy to be able to help others who are in the same positon her family once was.

“Honestly, I just think that it’s a way of life,” she said. “If we all lived that way and we give what we get, then the whole world would be prosperous.”

For 2022, Hunter said the Mountaineer Food Bank Mobile Food Pantry will set up at the Linda K. Epling Stadium to continue food giveaways on the fourth Wednesday every other month.