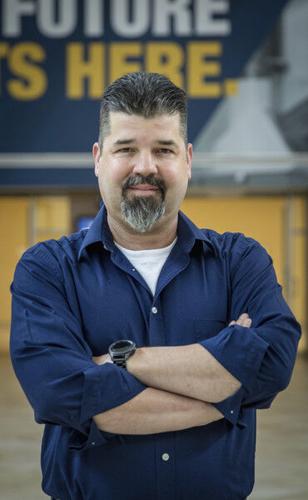 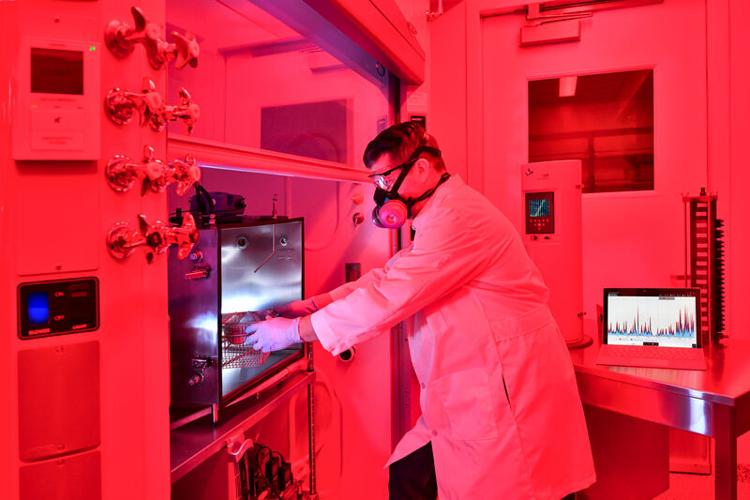 WVU PhotoTimothy Nurkiewicz, chair of the WVU Department of Physiology and Pharmacology, conducts research in the Inhalation Facility. WVU has received $1.7 million from the National Institutes of Health to launch a predoctoral toxicology training program that centers on the site. Students will use the Inhalation Facility to analyze the quality of air samples they’ve collected in the field.

WVU PhotoTimothy Nurkiewicz, chair of the WVU Department of Physiology and Pharmacology, conducts research in the Inhalation Facility. WVU has received $1.7 million from the National Institutes of Health to launch a predoctoral toxicology training program that centers on the site. Students will use the Inhalation Facility to analyze the quality of air samples they’ve collected in the field.

West Virginia University is launching a toxicology training program that offers students something no other academic program does: experience collecting air samples, identifying the toxicants they contain and determining how those toxicants might harm a community’s health.

The National Institutes of Health has awarded WVU $1.7 million for the program, which bridges the disciplines of toxicology and systems-based medicine – disciplines that are traditionally distinct from one another.

Over five years, the 40 doctoral students who participate will collect air samples in the local environment and then re-aerosolize and analyze them in WVU’s Inhalation Facility to assess their toxicity.

“With colleagues in the School of Public Health, they’re going to do what we refer to as ‘Environmental Immersions,’” said Timothy Nurkiewicz, who directs the Facility and chairs the School of Medicine’s Department of Physiology and Pharmacology. “They go out into the field downwind of mountaintop mining sites or fracking platforms, and they sample the air in real time. They can actually collect those samples, bring them back for inhalation exposures, and perform their studies like that. That’s something no other program in the country has.”

The Inhalation Facility provides a tightly-controlled environment where researchers, both faculty and students alike, can replicate the inhalation exposures that people face in occupational, environmental and personal settings. These replications make it possible to carry out experiments that reveal the exposures’ dose limits, health effects and mechanisms of toxicity.

The program’s participants will use the Inhalation Facility to investigate how inhaling various toxins can harm the respiratory, cardiovascular, nervous, endocrine, reproductive and other systems.

“One of my big concerns with modern science is that students are largely studying cells and molecules on a very constrained scale,” Nurkiewicz said. “They don’t fully appreciate how our body systems work. They can’t tell the forest from the trees. This training program is centered around our Inhalation Facility, which is the core for all of our exposures. The students will work with those exposures to study the various systems of the body and determine how inhalation of specific toxicants impacts their function and health.”

The students will get the chance to work with preceptors from across WVU—from Health Sciences, the Statler College of Engineering and Mineral Resources and the Downtown Campus.

They’ll also participate in a specialized course called the “Paracelsus Society.” The course, named for the 16th-century chemist whom scientists consider the father of toxicology, will allow them to customize the curriculum so that it pertains to their individual toxicology training.

Each year, they’ll choose a preeminent toxicologist to visit WVU for several days, give a keynote address and interact with them.

“In essence, we’ll train the next generation of toxicologists much like I was trained over the years,” Nurkiewicz said. “I was originally trained as a microvascular physiologist, and then I learned inhalation toxicology because of my colleagues at the National Institute for Occupational Safety and Health. Well, that’s not a normal combination. There’s no program in that, right? So, this training program recognizes that we’ve been very successful here. Students will have the best of both worlds. They will still learn their initially-chosen discipline, but it will ultimately be viewed through the lens of toxicology.”

Toxicologists who have that blend of expertise can be especially important to public health in Appalachia, where chronic conditions and exposure to airborne toxicants often overlap, and the adverse health effects are augmented.

For example, Appalachians face higher-than-average rates of cardiovascular disease, diabetes and obesity, yet many of them are also exposed to low-quality air from coal-mining or hydraulic-fracturing sites because they work there or live nearby.

Toxicologists can determine how those variables interact. That knowledge can suggest better ways to safeguard and improve the health of community members.

The Inhalation Facility at the core of the program was established through combined support from Health Sciences, departmental funds and the West Virginia Clinical and Translational Science Institute, reflecting the broad impact of the unique resource.

It’s “one of only five or six remaining” in the nation, Nurkiewicz said.

“Inhalation facilities are increasingly a rarity across the country,” he said. “So, the ability to train toxicologists in facilities like ours is disappearing. But if we don’t have people who can assess air quality, or who can assess where or when air pollution poses a health risk, then the general health of the population will continue to decline.”

Jerald (Jerry) Birdsong, 79, of Mt. Hope died June 26, 2022 at Ruby Memorial Hospital in Morgantown. He was born June 28, 1942 in Newport News, Va. A USMC veteran, he served on the USS Intrepid and participated in the at sea pick-up of the first US Astronaut, Alan Shepard. He was a proud mem…

Karen Hodel Andrews, 74, of Leland, NC, died Tuesday, June 21, 2022 at Davis Nursing Home in Wilmington following a long illness. She was born on December 13, 1947, in Beckley, WV, the daughter of the late George and Muriel Coutlee Hodel. Surviving is her husband, Richard S. Andrews of Lelan…

Freddie Amos Plumley, 81 of Hinton, passed away Sunday, June 26th 2022, at Main Street Care in Hinton following a brief illness. Born July 25th, 1940 at McCreery, WV, he was the son of the late J. Amos and Nellie M. Ward Plumley. Freddie was a graduate of Hinton High School and was a paint c…