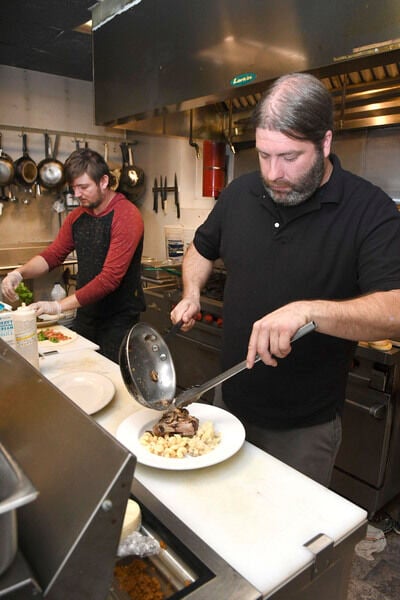 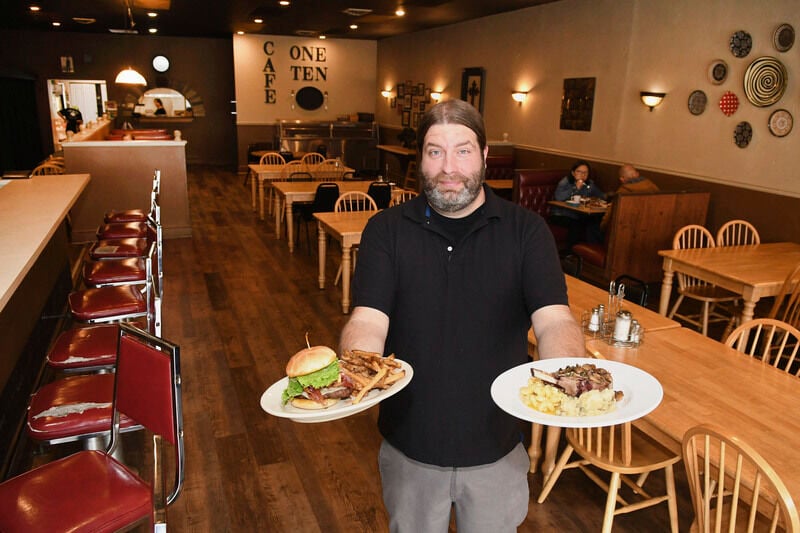 Cafe One Ten owner Don Williams said his business has found success in the 10 years since opening. Rick Barbero/The Register-Herald 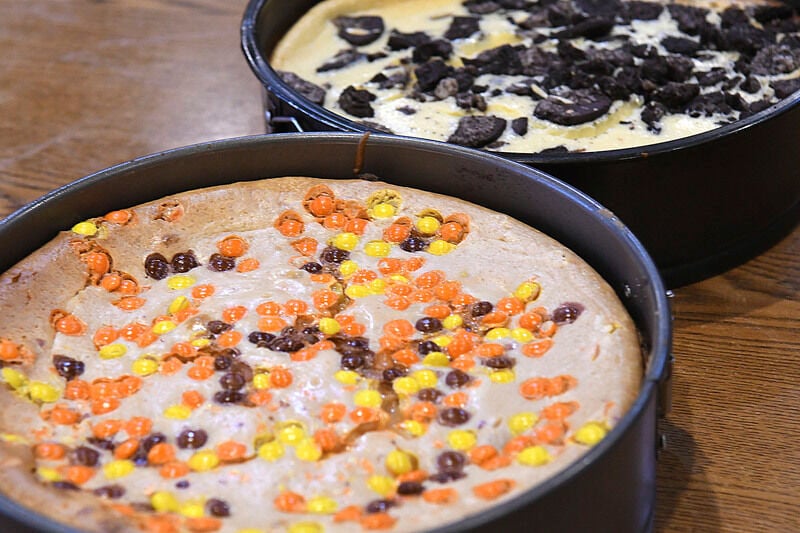 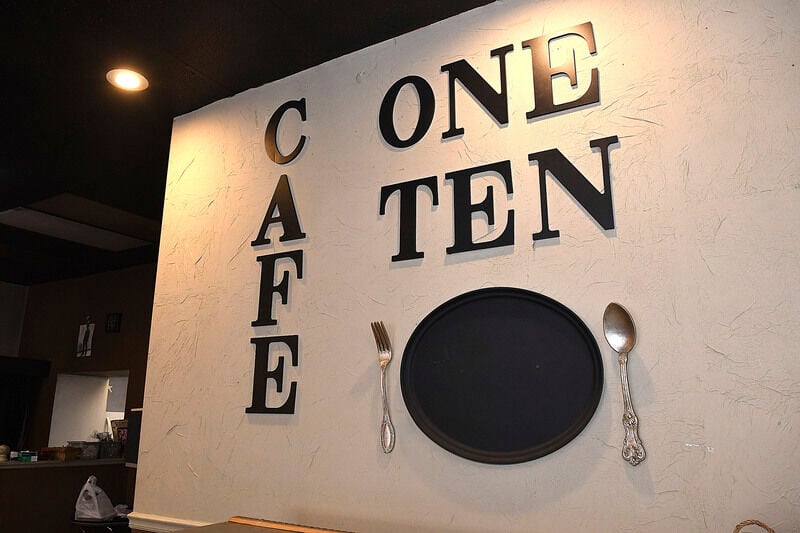 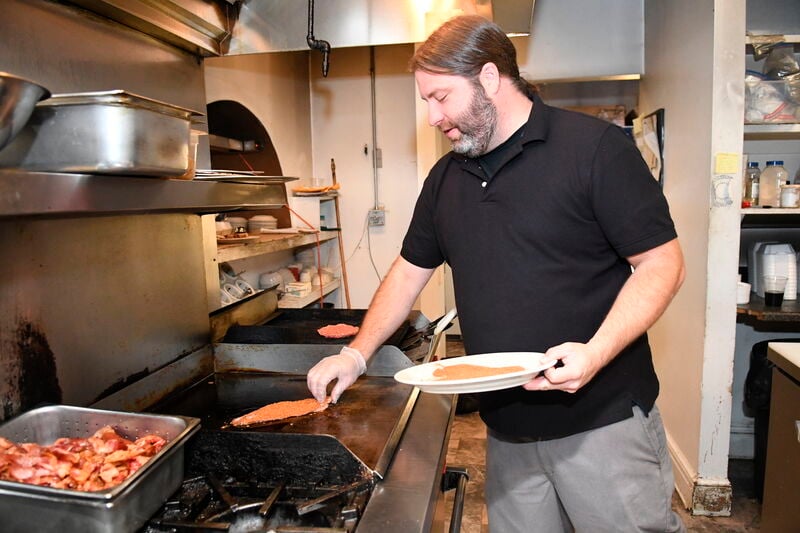 Don Williams, owner of Cafe One Ten in Oak Hill, said it's important to him to spend time in the kitchen to ensure the quality of the food served.  Rick Barbero/The Register-Herald 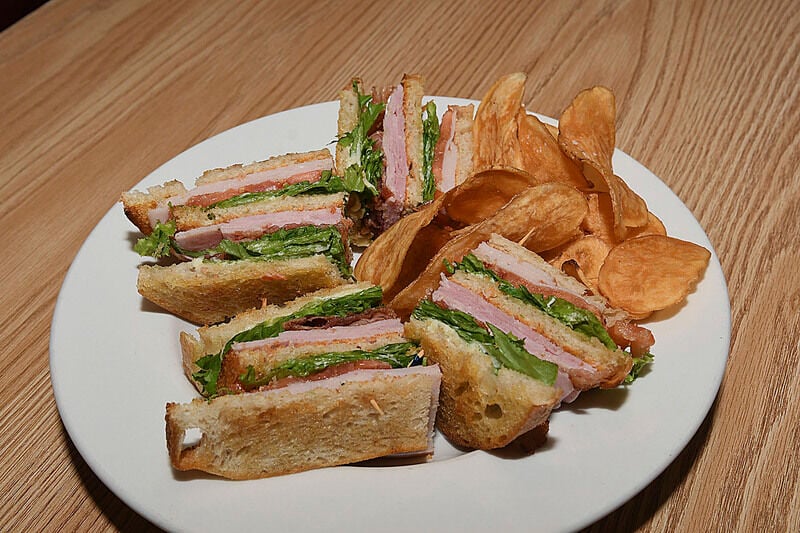 A club sandwich at Cafe One Ten. Rick Barbero/The Register-Herald 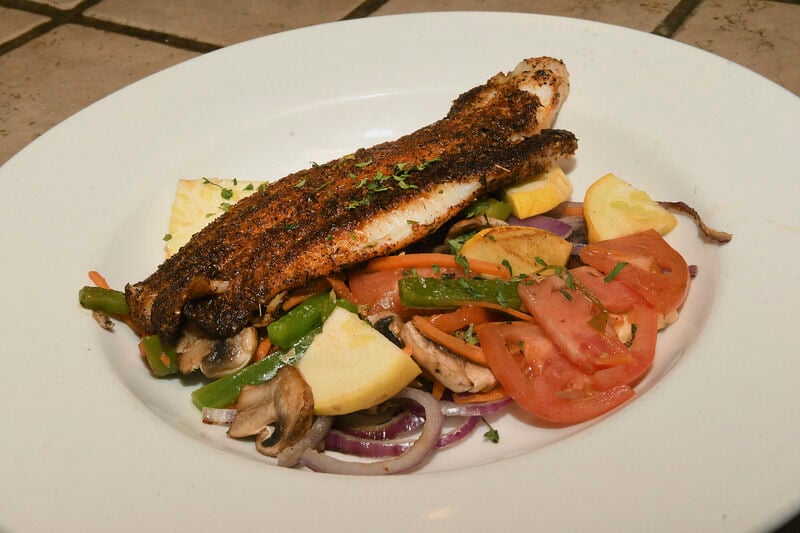 Cafe One Ten owner Don Williams said his business has found success in the 10 years since opening. Rick Barbero/The Register-Herald

Don Williams, owner of Cafe One Ten in Oak Hill, said it's important to him to spend time in the kitchen to ensure the quality of the food served.  Rick Barbero/The Register-Herald

A club sandwich at Cafe One Ten. Rick Barbero/The Register-Herald

Don Williams wasn’t sure just what would happen when he opened Café One Ten in downtown Oak Hill in 2012.

He’d never really planned on owning his own restaurant.

“I kind of planned on going back to college,” he said.

In the in between, however, he dabbled in the restaurant business, starting as a dishwasher at Smokey’s on the Gorge in Fayetteville before he eventually began cooking both there and at Chetty’s Pub.

“And I realized I kind of liked cooking,” he said. “I enjoyed restaurants.”

He was 31 – not back in college – and still working in other people’s restaurants when he got the opportunity to start something of his own.

“A guy I know had bought this building and he called me and said, ‘Man, you should start a restaurant,’ ” Williams recalled. “I thought he was kidding.”

Williams, like most Oak Hill natives of a certain age, was familiar with 110 Main St.

It was, for decades, the home of Kelly’s Drug – an old-fashioned drugstore replete with soda fountain – that closed its doors in the late 1990s.

In more recent years, however, it had been home to several failed business ventures.

“In some ways, that’s what made it attractive to me,” Williams said. “Those restaurants come and gone.”

So, when the offer to branch out on his own came his way, he took a chance.

“I started it at a fairly low budget and just kind of went for it.”

There weren’t many restaurants – aside from fast food – when Café One Ten served its first customers.

Not in Oak Hill, at least.

With a variety of locally-owned niche restaurants, nearby Fayetteville, much like Lewisburg, often attracts those looking for unique dining options.

“Sometimes you just say, ‘Let’s go to Fayetteville and eat,’ ” Williams said. “You don’t know where you’re going. You just get there and decide because they have five or six nice restaurants.”

He kept that in mind when deciding just what Café One Ten’s identity would be.

“I didn’t want to get too fancy,” he said, explaining his goal wasn’t to compete with anyone. “I didn’t want anything too specific. I just wanted a well-rounded restaurant with things that would appeal to a lot of people but were still a little bit different.

“I guess I just tried to be creative but not get too wild.”

So, the menu offers everything from breakfast omelets and sausage and gravy in the mornings to burgers, sandwiches, salads, pasta, steak, fish and a variety of desserts.

“The Main Street Burger and Café One Ten Burger are probably the biggest sellers,” he said.

The Main Street Burger – Williams tends to name menu items after people and locations – is a basic burger with mayonnaise, lettuce, pickles, onions and cheese. The Café One Ten Burger, which he said is probably the more popular option, offers a few more items.

That’s not to say burgers are the only attraction.

“We slice the meat ourselves,” he said, adding he thinks that keeping offerings fresh and homemade is important.

Beyond the burgers and sandwiches he said comfort foods like mac & cheese and chicken tenders are among the favorites.

“It’s just a basic mac & cheese recipe, but everyone loves it,” he said.

The same, he said, goes for the Friday specials.

“I rotate specials in and out, but we emphasize the ‘Fry’ on Friday,” he said.

A lot of times, he said, that means fried fish.

“Catfish or tilapia with homemade coleslaw, hushpuppies and french fries,” he said.

In terms of dessert, customers can choose from a variety of cakes, pies and brownies, all freshly made in-house by waitress Tonia McMillion.

“We have a little something for everyone,” Williams said. “When I try to take something off the menu to add something new, it’s always difficult. Everything sells.”

The few Oak Hill restaurants that were open back when Williams started Café One Ten have come and gone, and he said he’s seen 10 or 15 more follow suit.

“But there’s a little ice cream place that opened this summer and a little bakery next door,” he said. “There’s good signs that more things are happening.”

Just down the road from Café One Ten, the popular Pinheads bowling alley, operated by one of Williams’ former classmates at Oak Hill High School, is drawing people into the area.

“There’s a sense of pride that we’re making it work in our hometown,” he said.

Though he hadn’t planned on running his own business, Williams, who helped start Destination Oak Hill, an organization whose mission it is to revitalize the downtown, said he wouldn’t want to do it anywhere else.

“We’ve kind of become an anchor in town and it’s even cooler that it’s where I’m from,” he said.

He said he was confident in the business when it opened but was also “realistic that it might not work,” simply based on ventures that came and went before his.

But he said he thinks a few simple things have helped him weather the storm.

“People ask me for advice now, which I think is pretty cool, and I tell them, ‘If you’re only open two days a week from 10 a.m. to 2 p.m., be there those two days from 10 to 2,’ ” he said, noting a lot of failed businesses tend to change their hours, leaving customers confused.

“I like the idea that we’re open 8:30 in the morning to 8 p.m. every night like we say we’re going to be,” he continued. “You’re not going to come here and the doors be locked. People depend on that.”

The most important thing, however, is the quality of the food.

“The food is homemade,” he said. “Just the consistency.”

He said continued growth and maintaining that consistency are his goals for his 11-year-old leap of faith.

“Every year we’ve gotten busier,” he said. “We’re in a good place. We just want to keep growing.”

Those are his hopes for his hometown, too, and he said he sees progress.

“I see more businesses opening up and more citizens getting involved,” he said. “Positive things happen with more people involved.”

And though it might not be a traditional “food destination,” or nationally recognized for unique opportunities, Williams said he hopes to see more new faces in Oak Hill and in Café One Ten.

“It may not be the ‘coolest small town’ like Fayetteville and Lewisburg, but we’re kind of getting there,” he said. “We’re definitely a cool, little town with a lot to do and I think our restaurant is really good.”

Dine-in and delivery options are available.

Robbie Wayne Collins, 54, of Fairdale, went home to be with the Lord on January 13, 2022. Service 1p.m. Wednesday, January 19, at Bolt Church of God, Bolt, with visitation one hour prior. Arrangements by Handley Funeral Home, Danville.