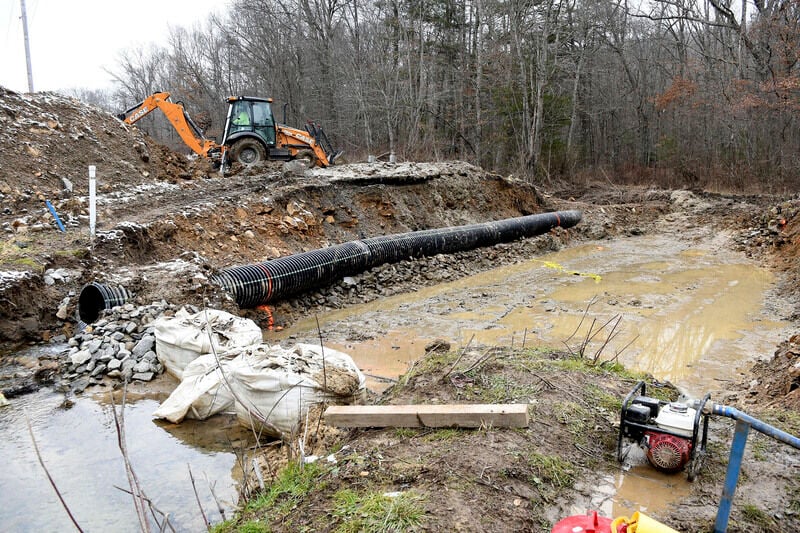 SMH Construction are prepping a drain ditch for new concrete drain blocks to be installed on New River Drive in Beckley.(Rick Barbero/The Register-Herald) 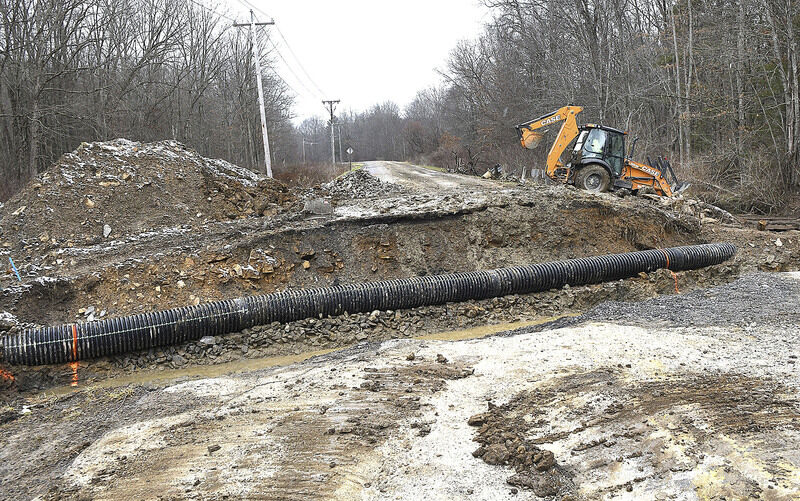 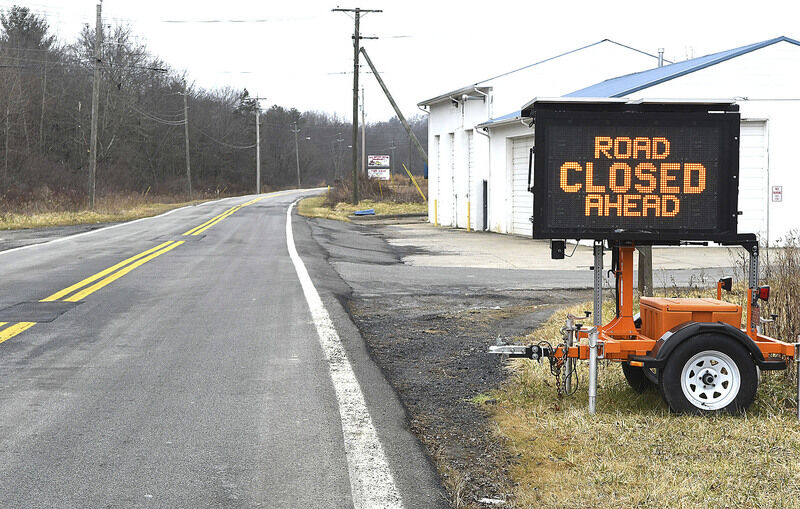 SMH Construction are prepping a drain ditch for new concrete drain blocks to be installed on New River Drive in Beckley.(Rick Barbero/The Register-Herald)

New River Drive is still not open for traffic, and Beckley officials have said that there is not a solid timeline for the opening of the street.

A number of Maxwell Hill residents have issued complaints to Beckley Common Council members about the closure, which they characterize as lengthy.

"It's been closed since August," said Tolley Drive resident Melvin Kessler. "There are a lot of elderly people down there."

Kessler said an elderly man died last week, after an ambulance had reached his house.

"They think that's the shortest way to get there, for an emergency vehicle," said Kessler. "A lot of people use that to get downtown from there."

Kessler said he has spoken with Mayor Rob Rappold about the matter and that they talked about a month ago.

"I just can't understand why we can't get a little help down there," said Kessler. "We're not trying to be aggressive.

"We're still waiting, and we're still hoping we can work together with them to get the thing resolved," he said. "People fix roads in cold weather."

On Monday, Rappold said that the city is working as quickly as possible to get the roadway opened and that he has been in contact with some residents who are frustrated by the time the road repair is taking.

"It's not a simple project," said the mayor. "Basically, do it fast, or do it right. It's a project that will last a lifetime, if done correctly."

In mid-August, a sinkhole appeared on New River Drive, which runs between Robert C. Byrd Drive and Pikeview Drive near Maxwell Hill.

City officials blocked off the road but took measures to keep portions open that service the entrance to Busy Bees Day Care and the Beckley Moose Lodge.

Rappold said during a Dec. 8 Beckley Common Council meeting that delays caused by Covid and a lack of materials for stabilizing box culverts have held up replacement of culverts beneath the currently closed New River Drive and that he was hesitant to make a promise about when the roadway will be reopened.

Local asphalt companies are closed until spring. Once the culverts are replaced, Rappold said, cement will be poured so the city may reopen the road until spring, when asphalt will be laid over the roadway.

During the Dec. 8 meeting, local contractor Kevin Reedy, father of At-Large Councilman Cody Reedy, had said during the public comments session of the meeting that the project has taken longer than it should have taken.

Councilman Tom Sopher (Ward I), who represents Maxwell Hill, said on Monday that the project should have already been completed.

"I remember when it first closed, and I walked from the Moose Club to see the situation, I was wearing short pants," said Sopher. "We have been fortunate the winter has been mild to this point.

"New River Drive is an outlet for traffic during severe weather along the dip on Pikeview Drive.

"I have to admit, it should have been completed a long time ago," he added. "Hopefully, it will be open soon."

Kessler asked Monday if the city could possibly regret having paved New River Drive, which many Beckleyans use as a shortcut.

"There's a lot of people that live down there, and they come in and out that way," he said. "The road was built, and maybe they wish they hadn't have built it, but now people's got used to using it."

Beckley Common Council meets Tuesday, Jan. 12, at 6:30 p.m. via teleconference. A link to the virtual meeting will be posted on the City of Beckley Facebook page.