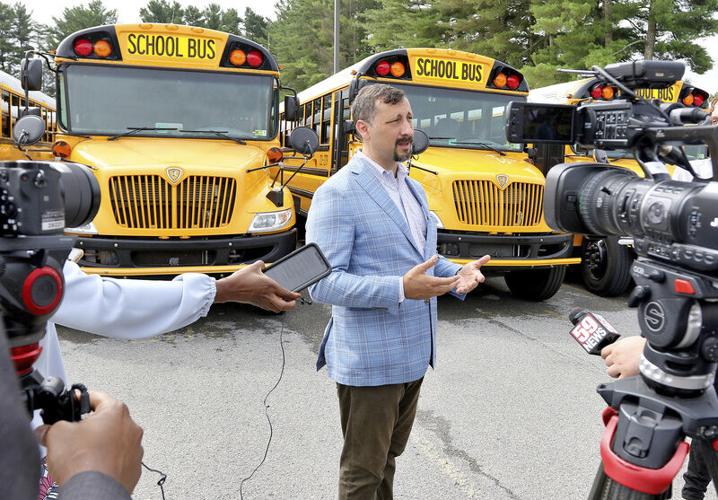 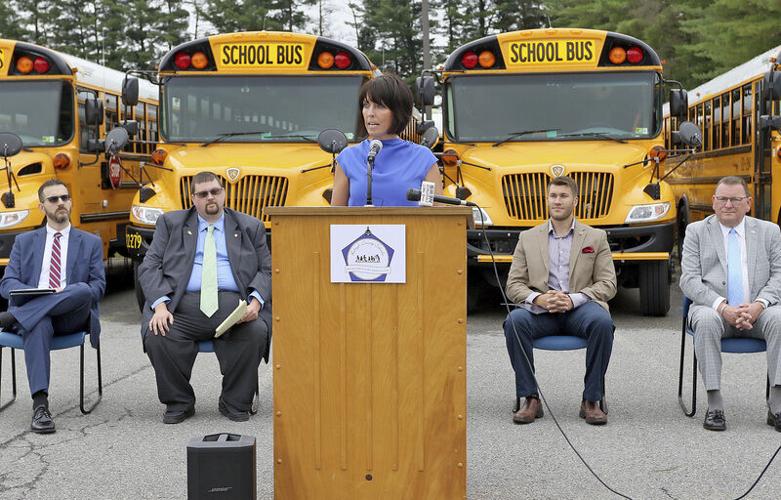 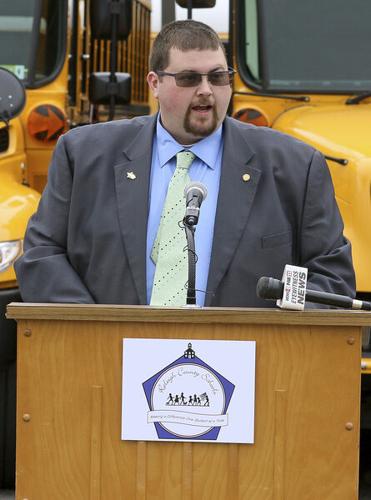 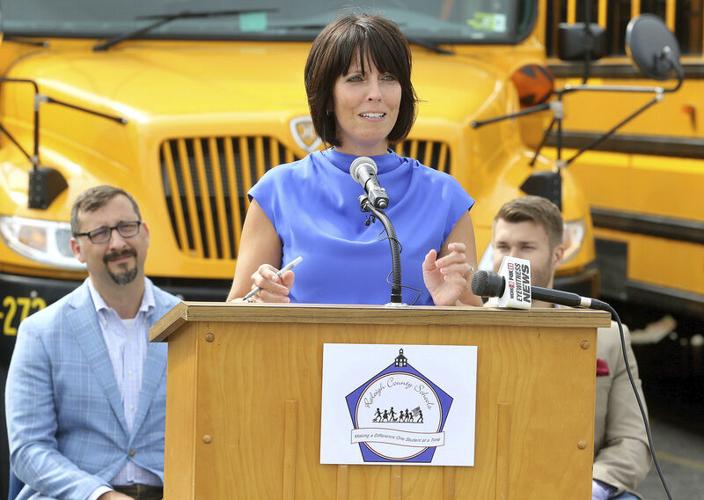 The program, made possible by a $500 million funding effort through the U.S. Environmental Protection Agency under the Biden administration’s Bipartisan Infrastructure Law, will allow school districts in West Virginia to apply to receive funding to replace aging buses in their fleets with new, electric ones until Aug. 19.

Officials held a press conference in Beckley on Thursday to discuss the workings of the new program, as well as Raleigh County schools' involvement in it.

This program is working in tandem with the GreenPower Motor Company, which recently opened a new facility in Charleston to manufacture the electric buses.

Part of the program includes providing funding for schools in West Virginia to receive GreenPower buses at no cost if a county is selected.

GreenPower is beginning production and plans to release its first buses by September. The company has plans to employ 900 employees, according to Mark Nestlen, spokesman for GreenPower Motor Company.

Although any school district in West Virginia can apply to receive full rebates in their switch to electric, only those selected by West Virginia Economic Development will receive it. However, the program stipulates that each school can receive a 10 percent refund for purchasing any electric bus, with an additional 5 percent refund if that bus is manufactured at the GreenPower Motor Company plant in West Virginia, all paid for by the federal government.

Christopher Toney, school bus driver and member of the West Virginia House of Delegates, has been an advocate for the program and Raleigh County’s participation in it.

“The smaller counties we have that are behind on their bus replacement, being able to apply for this funding will give them an opportunity to catch up on what they need,” he said during Thursday's press conference. “We at the Legislature encourage every county school system to apply for this money from the federal government because you’ll be able to pick the vehicles you want at no cost to the county if you are approved.”

Each school district can apply for 25 buses. Should a district receive any of the brand new GreenPower buses, it will receive a full rebate of $370,000 for each of the larger buses or $285,000 for smaller buses at no cost to the county, and an additional $20,000 to pay for the infrastructure costs of building recharge stations.

If a school district receives the full 25 buses under the program, it will also receive an additional $500,000 to pay for infrastructure in making the switch to electric power. This is in contrast to the $90,000 average cost of a new bus that runs on traditional diesel.

“The school bus rebate program is an opportunity for county boards of education to get funding upfront to roll out this clean energy,” said Samuel Pauley, school operations officer for the West Virginia Department of Education, at the press conference. "Our state of West Virginia funding formula for school districts is primarily a reimbursement-based formula.

“This EPA funding is a game changer,” Pauley said, "because it will provide those counties who are awarded the funding an upfront, additional cost for not just the bus, but also for the infrastructure to place that bus into their county.”

Raleigh is now applying to receive three electric buses, and if they are granted them, officials plan to test the reliability, functionality and cost. Counties across the state will be testing if the new electric buses are viable options for each of their specific areas. With the majority of West Virginia’s school districts having an aging bus fleet, this program aims to address that problem and to promote clean energy as well.

"This program is a big deal,” stated Adam Ortiz, regional administrator for the Environmental Protection Agency. “Each year we will be giving out $500 million, available exclusively to electric school buses, and we’re going to prioritize districts that are distressed and underfunded. That’s a big deal. By deploying electric and lower emission school buses, fewer kids will face increased asthma risks and other health problems.”