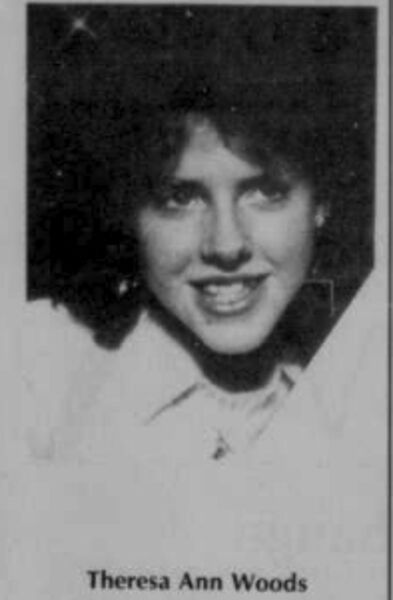 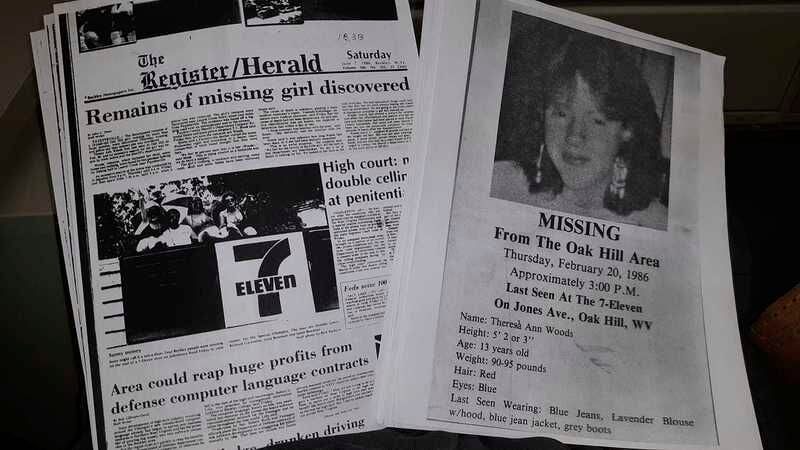 Mysterious WV, a Youtube channel that examines unsolved murders, drew attention to the Woods case in May 2019. 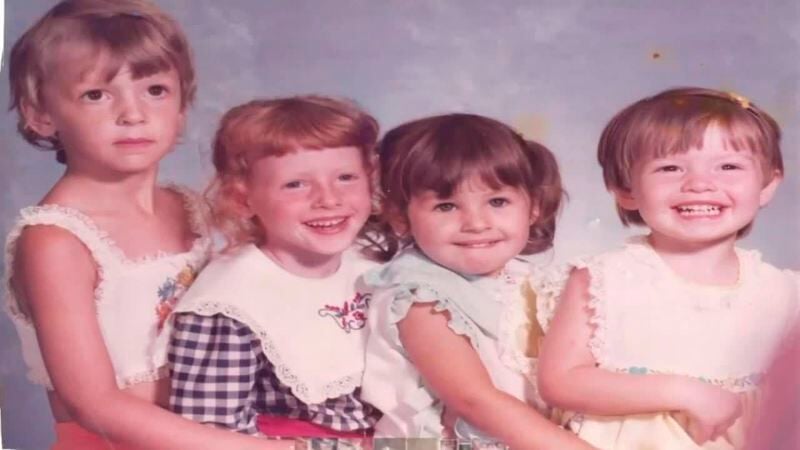 Theresa Woods (second from left) appears in a childhood photo. (Photo from WVVA) 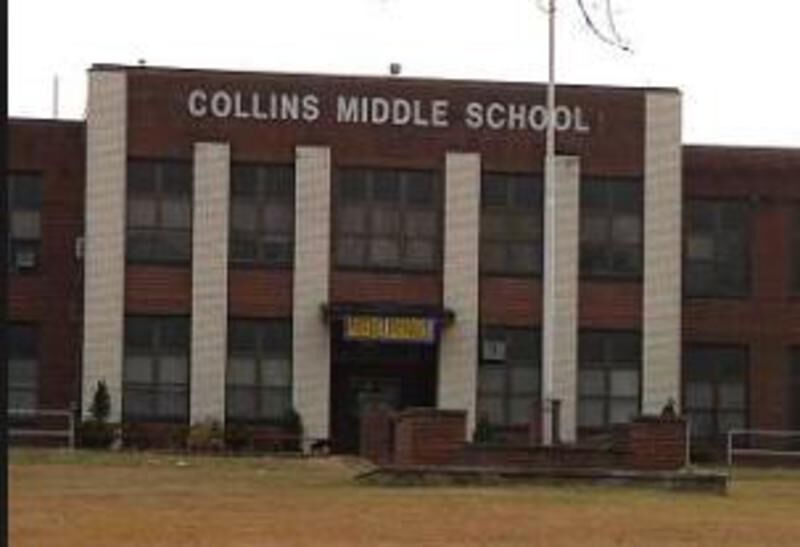 Mysterious WV, a Youtube channel that examines unsolved murders, drew attention to the Woods case in May 2019.

Theresa Woods (second from left) appears in a childhood photo. (Photo from WVVA)

West Virginia State Police are investigating a new but undisclosed lead in the 1986 disappearance and death of an Oak Hill girl, State Police Cpl. J. Kincaid said this week.

Theresa Ann Woods was 14 and a new student at Collins Middle School when she disappeared Feb. 20, 1986, reportedly from a gas station beside  the now-closed school.

Later that year in June, two men were looking for fishing bait when they found her remains at the bottom of a cliff near Laurel Creek in Fayette County.

Over the years, the State Police, Oak Hill Police Department and Fayette County Sheriff's Department have searched for the girl's killer. Her father, Donald "Hank" Woods, of Kimberly, died in August 2014 without knowing what had happened to Theresa.

Until his death, Hank gave interviews to local media in an effort to find who had killed his daughter.

Kincaid said Tuesday that a new lead was given to police earlier last year.

"I'm still investigating it," Kincaid said on Tuesday. "(Police are) following up on leads."

A shy girl who liked music

On Feb. 20, 1986, Theresa was a new student at Collins Middle School. Her family had just moved to Oak Hill three months earlier.

Ronald Reagan was president. Whitney Houston's "How Will I Know" was No. 1 on the Top 100, and televangelist Pat Robertson was on the cover of Time magazine. The Challenger had exploded just three weeks earlier.

At 5 feet 2 inches and 90 pounds, Theresa was petite. The photo that appeared on missing flyers showed a teen with a careful smile, her auburn hair cut into the same "shag" style that had appeared on the February 1986 cover of Seventeen magazine.

In those days before Apple Music and Spotify, Theresa listened to local radio stations in her spare time, her mom said. She often sat with her mother on the sofa in the evenings to watch television. She was a "straight-A student." She played the saxophone and electric keyboard. Her family said she was shy and did not make friends easily, and her dad reported that she liked nice clothes.

Until October 1985, Theresa had lived in Powellton with her mom, Betty Holcomb, and her stepfather, Rick Holcomb. Both of the Holcombs worked for B&B Ambulance in Oak Hill, which was owned by Billie Skaggs and had an office on Main Street across from Wendy's, the Skaggs' daughter, Angel Skaggs Thompson, recalled.

"They (Rick and Betty) worked for my mom," Thompson said. "Instead of them traveling every day from across the mountain to come to work, my mom owned the trailer on the property beside her house, and they moved in there."

Thompson was 17 when the Holcombs moved in next door.

"My mom was big on company dinners and things like that, and holidays," Thompson explained. "And (the Holcombs) would always bring (Theresa), of course.

"And when they moved in the trailer, it was like I had known her my whole life."

She immediately bonded with Theresa, whom she remembered as shy, quiet and private.

Thompson, now 52, said Theresa seemed to feel comfortable at the Skaggs' home, returning home only to sleep and shower.

"If she wasn't going on the weekends, down the river, to stay with some of her family or friends, where she used to live, she was at my house," said Thompson.

"She was always at my mom's house."

"She asked to come and stay with me"

A short time before she disappeared, Theresa had asked her mom to let her return to her former school, Betty Holcomb reported in 1986. Holcomb said she told Theresa that she could finish the school year at Collins Middle School and then decide if she should move.

Thompson said that Theresa did not talk about any problems with her home life, if they existed.

"She was the type of person that she didn't really talk to anybody, about something that personal," explained Thompson.

Shortly before she disappeared, Theresa told Skaggs that she had a crush on "Allan," a boy at her middle school. She said Theresa and Allan had a date planned for the weekend after Feb. 20.

"Going to a movie, with his parents, was their 'date'," recalled Skaggs.

When Theresa told her mom and stepdad about the plan, according to Thompson, it caused an argument.

"The night her mom told her she could go, there was a huge fight and argument," she recalled. "Not anything physical, but an argument over whether or not she was old enough to date."

Woods reported that Theresa spent weekends with him in Kimberly and the two were close.

Hank said that, shortly before she disappeared, Theresa was clearly upset but did not tell him why.

"I think whatever happened started three weeks before she disappeared," Hank said in 1986, prior to Theresa's body being found. "She wouldn't tell me what it was.

"She asked to come and stay with me."

On the last Sunday that Theresa visited Hank, she was crying. She would not tell her dad why but said that she would get in trouble back in Oak Hill.

"She was upset," the father told WVVA shortly before his death. "She didn't want to go back home, back to Oak Hill, for some reason."

When Theresa left the valley that winter Sunday in 1986, he would not see her again.

"I worry about her, what happened, what she went through," he said in one of his last interviews with local media. "She went to school that day, and then she disappeared on the way home from school."

Theresa's memory stayed with Thompson, too. When Thompson's oldest daughter was born a few years after Theresa's death, Thompson said, she named the baby "Theresa." Her daughter legally changed her name later, when she was 14 years old, she added.

On the day she disappeared,Theresa had dressed in blue jeans and a purple top. She'd also donned a jeans jacket and a pair of suede boots — trending pieces that were staples in many Oak Hill girls' wardrobes in 1986. Theresa's boots were gray.

Thompson said Theresa did not like to ride the school bus. On most days, Thompson said, Thompson would take the high school bus to Tom's, a restaurant on the side of Jones Avenue that was opposite Collins Middle. She would wait there for Theresa, who would walk to Tom's once Collins Middle students were excused.

From Tom's, Thompson said, the two would walk together to B&B Ambulance on Main Street or, occasionally, take a 2.5-mile hike back to Butler Avenue in Gatewood, where they both lived.

That day was different.

"I had a younger brother that didn't go to school that day," Thompson said. "And he was behind in school."

A school worker told Thompson that her mother wanted her to bring the boy's books home, Thompson reported. There were too many books to carry from Tom's, said Thompson, so Thompson got off the high school bus at the B&B office that afternoon. She had not forgotten about Theresa, though.

"I was going to take our books and drop them off and then walk down and meet her, however far she had got, and walk the rest of the way back with her," recalled Thompson. "Well, I walked down there, and I never met up with her anywhere.

"I turned around and went back to the office."

She could not go looking immediately for Theresa, she said.

"We didn't go looking for her as soon as she didn't show up at the office, because Rick was out on a run, and we were waiting on him to get back, but his paperwork wasn't completed," she said. "There was no time, there was no mileage from the ambulance, none of that was done."

Usually, she reported, Rick was meticulous about mileage and time records.

In 1986, The Register-Herald reported that Betty had notified police when Theresa had not arrived at the ambulance office by 5 p.m.

Thompson said that when Rick Holcomb came back to the office, the two of them drove around the neighborhood, searching for Theresa.

"We drove every route she possibly could've walked between the school and the (B&B) office," she recalled. "We went down Virginia Street, we went pretty much in circles and even the route she would've taken to go from the school home, in case she had been upset about something, but we couldn't find her, and we looked until after dark."

They went first to the school, where students were still waiting on buses, she recalled. School workers called for Theresa over the intercom, and then they sent Thompson to the gymnasium to see if she could be there with other students who were waiting to board their buses.

When Hank Woods learned his daughter was missing, he said he drove up to Oak Hill immediately and began to trace her steps. He said local police had, at first, dismissed his concerns.

"The police preached to me for hours that she was a runaway, but I knew she wasn't," Woods said in November 1986. "I knew my girl better than that."

"She wouldn't have got in a car with nobody she didn't know," Hank added in a later interview with a local TV station.

He also thought it was unlikely that a stranger would have abducted Theresa in broad daylight in a public place, without drawing attention from onlookers.

Thompson said Tuesday that she does not believe Theresa would have gotten into a car with someone she did not know.

Thompson said adults "took over" and began sharing little information with her, once Theresa was officially "missing."

Both Betty and Rick Holcomb made public appeals for news of Theresa in the weeks after her disappearance, but nobody provided reliable information.

On June 5, 1986, two fishermen were looking for bait at Laurel Creek in Fayette County when they discovered Theresa's body at the bottom of a cliff.

Theresa's skull, her clothing and some of her jewelry helped State Medical Examiner Dr. Irvin Sopher to positively identify her. Sopher ruled the death a homicide but did not disclose how the girl had died. Theresa's father would later sue Sopher, accusing him of disposing of some of Theresa's remains inappropriately.

The quiet teenager was buried at Glasgow Cemetery. Her dad tucked her Cabbage Patch Kid doll in her casket with her, he told media. When Woods died in 2014, he was buried in the plot beside her.

As of 2011, he had kept his 1986 phone number. He was still asking anyone with information about Theresa to call him.