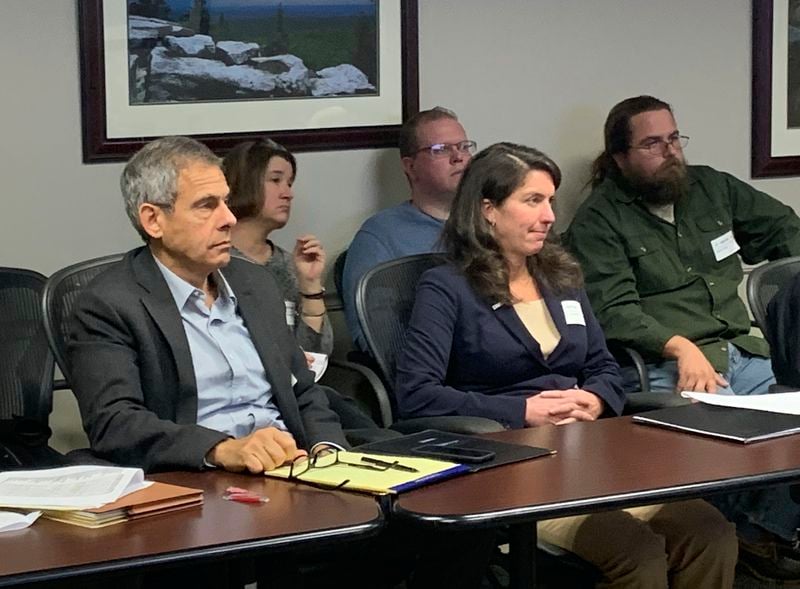 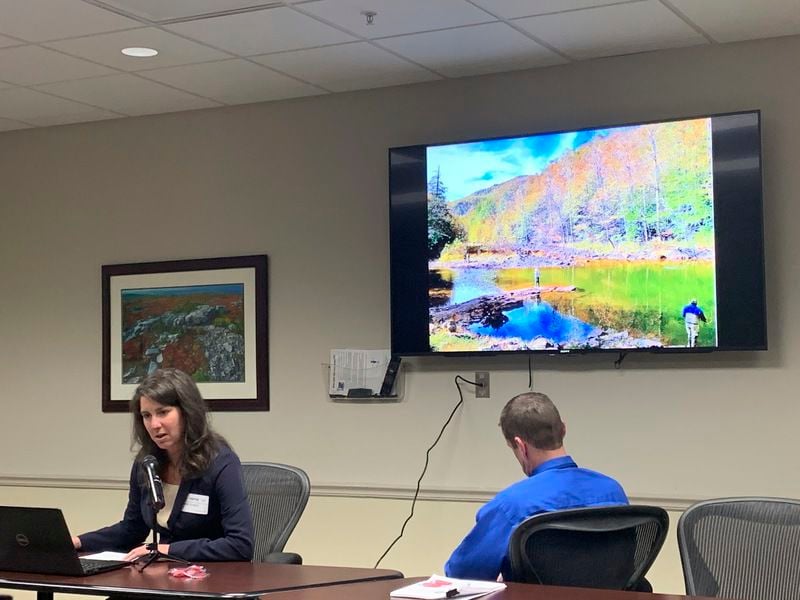 Charleston – Angie Rosser, executive director of the West Virginia Rivers Coalition, noted Wednesday that several pollutants the West Virginia Manufacturers Association is recommending be permitted in West Virginia waterways at higher levels are those associated with the petrochemical industry.

During a public meeting on West Virginia water quality standards at West Virginia Department of Environmental Protection offices, Rosser noted that some of the pollutants are related to an industry that both Gov. Jim Justice and the manufacturers association have said they hope to see boom in response to natural gas extraction in the state, as part of an  "Appalachian Petrochemical Renaissance" in West Virginia.

"We can't delay protections when it comes to human health," Rosser said. "We can't keep our citizens at risk. It's time to move on these. In light of the governor's commitment to expanding the petrochemical industry, there is more at stake."

In 2015, the EPA recommended that West Virginia update water quality standards for 94 pollutants known to have human health effects, including carcinogens. The standards specify concentrations of pollutants, such as pesticides, allowed in rivers and streams.

In May 2018, following hundreds of public comments, the West Virginia Department of Environmental Protection submitted to the Legislature its proposal for a regulation that would have updated standards for pollutants known to have human health effects for 56 pollutants instead. For two-thirds of the pollutants, the proposal would have required lower amounts of those pollutants in rivers and streams.

During the 2019 legislative session, at the request of the Manufacturers Association, West Virginia lawmakers opted not to do so, while Jennie Henthorn, a scientist representing the West Virginia Manufacturers Association, reviewed the recommendations. The Legislature would then revisit the subject in the 2021 legislative session.

Meanwhile, the West Virginia Rivers Coalition released a proposal, supported by eleven other citizen groups, to strengthen protections. Or, if the EPA and DEP had proposed weakening protections, they proposed leaving standards at current levels instead.

"If they're already meeting the standards, why go backwards?" Rosser said.

Rosser noted that the "petrochemical renaissance" could mean more facilities applying to discharge more pollutants into the waterways.

Those include 1,2- dichloroethane, a carcinogen used to make plastic and vinyl and 1,1-dichloroethylene, which is used to make food packaging and affects organ development, the liver, the nervous system and the respiratory system.

Rosser said that some West Virginians may want to eat more fish but fish advisories prevent them from doing so. She also said that the study reviewed a larger time-frame and included more people, making it more scientifically sound.

Rosser noted that if West Virginians felt safe eating more fish, they could potentially have less risk of heart disease, colorectal cancer, cognitive decline and brain abnormalities, and that fish from the waterways could help nourish people living in impoverished areas and food deserts.

"Fishing is something that West Virginians have identified for generations as part of who we are," she said. "Part of our heritage."

She noted that West Virginia has no standards for pollutants like pentachlorobenzene, a pesticide and byproduct of chemical manufacturing that affects the liver, nervous system, kidneys and reproduction.

Originally, the Manufacturers Association had said West Virginia should hold off on implementing the EPA's recommendations, in part, because of West Virginians' higher body weight. The EPA considers heavier bodies able to handle more pollutants. The association said it did not consider that factor in its review.

"I think that there were statements made early on that that is one of the factors that EPA recommends for review by individual states, that it can be adjusted on a state-specific basis," Henthorn said, during the meeting. "But that's never been my intention to do body weight. We did some initial inquiries with the department of health and that data just doesn't exist for the state of West Virginia."

Henthorn declined to comment following the meeting.  During a previous public meeting, she said she was struggling to complete the review in the time allotted, because she and assistants had found dozens of new studies on the pollutants, and that the vast majority of the studies the EPA considered are more than 20 years old.

Rosser noted that a Beckley physician, Dr. Joseph Golden,  has said that the pollutants would actually persist longer in people with more fat tissue, and that Dr. Michael McCauley, a professor at WVU's School of Public Health and WVU Cancer Institute, has said any exposure to a carcinogen at any level presents a risk.

"I just want to bring a couple quotes back from public health experts because this agency's going to be making a policy decision, and should be making that based on public health concerns," Rosser said.