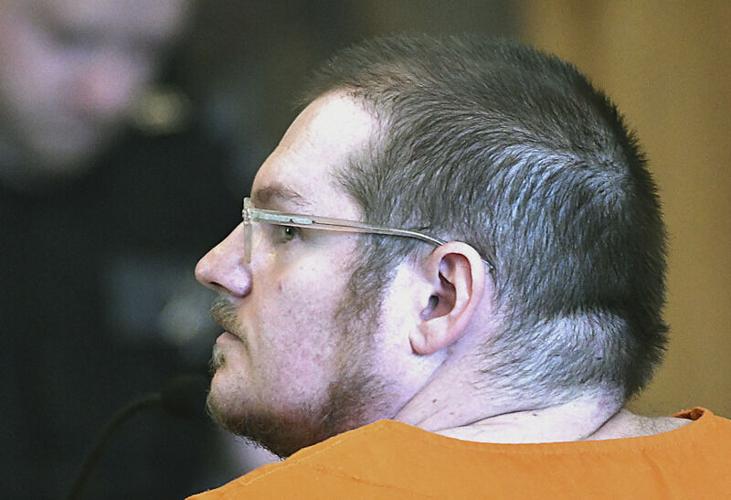 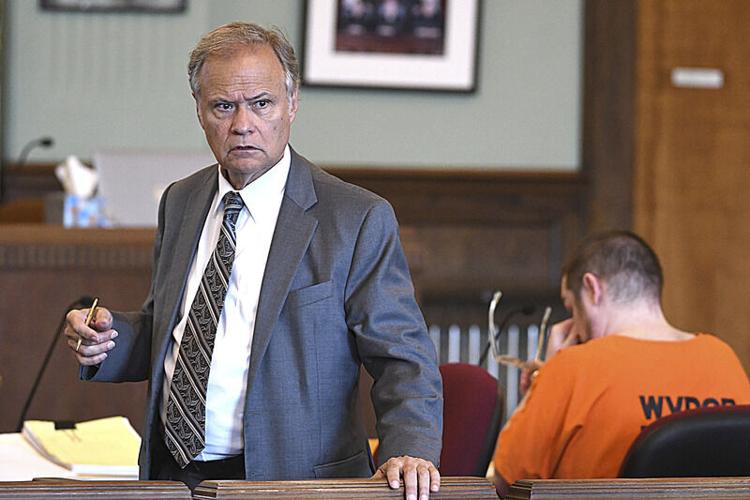 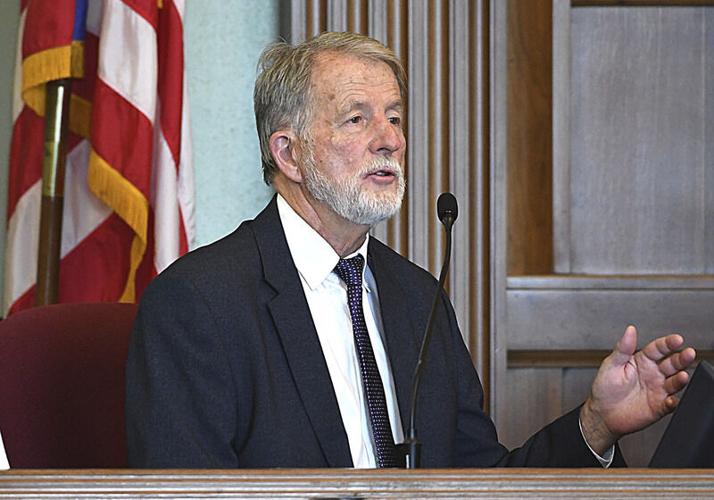 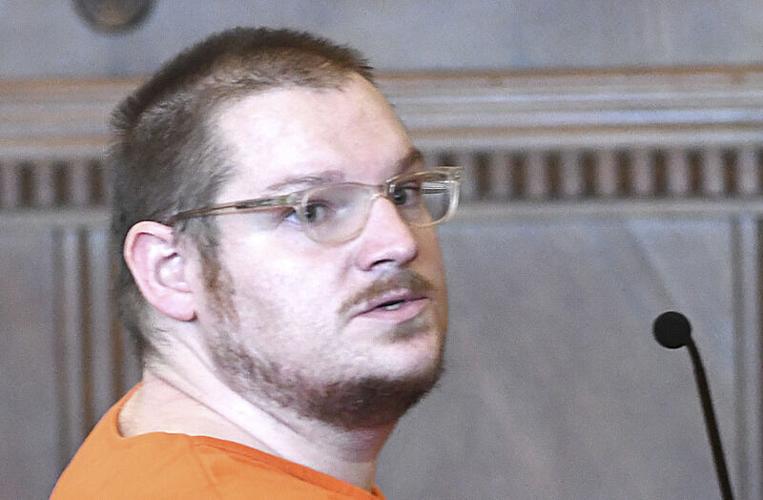 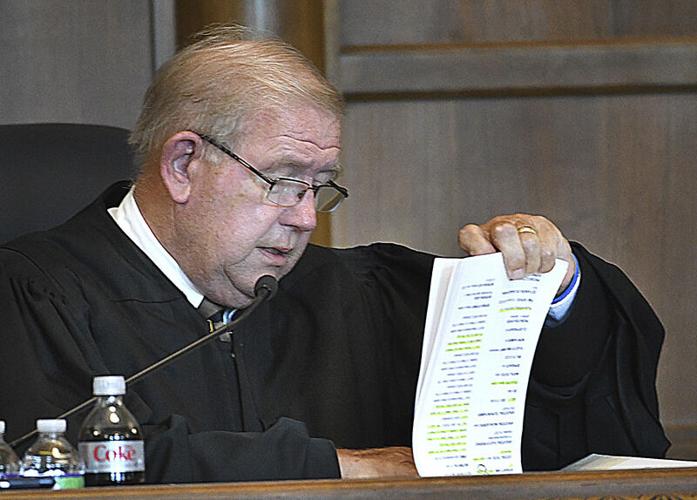 The portrait of Leonard D. Varner Jr. presented by family members during a hearing in Fayette County Circuit Court on Monday didn't quite jibe with the facts of the case against the former Hopewell resident and Fayette County school teacher and coach, authorities said.

Monday's hearing before Circuit Judge Paul M. Blake Jr. was to conclude the sentencing phase and act on a request by Varner, who up until Monday had served 155 days for his crimes, to release him on probation rather than continuing to serve time behind bars.

Varner was arrested in December 2020 in Brooke County. Prior to his arrest, Fayette County Sheriff Mike Fridley said that the Fayette County Sheriff's Department had received complaints the former Ansted Middle School teacher had conduced illegal acts against multiple minor victims from 2016 to 2020 in Fayette, Kanawha and Nicholas counties.

Referencing strong support for Varner from family and friends — a large number which were present in the courtroom — Blake said the man's actions belied the characterization presented in person Monday of Varner and in 10 letters of support previously sent to the court.

In denying the probation request at the end of the hearing, Blake said, "It appears to this court what we're dealing with here this afternoon is a Jekyll-and-Hyde personality."

In response to an idea introduced by a defense witness, psychologist Dr. Michael Crabtree, that alcohol intoxication was a main reason Varner took the actions he did, Blake said, "I don't know that I subscribe to that based on everything I've seen in this report (by probation officer Jim Sizemore.)

"I don't know that he has accepted total responsibility for his conduct," added Blake, who later read portions of a report that include a graphic social media message Varner sent to a student. Varner's actions appear to be "a classic case of grooming," said Blake.

On questioning from Varner's attorney, William E. Galloway, Crabtree said he conducted interviews with Varner earlier in 2022, as well as relying on other resources, to gain an evaluation. Crabtree said Varner isn't psychopathic or anti-social, he is a "low to moderate" risk of being a repeat offender, and, in his opinion, Varner was a good candidate for probation and entry into a treatment plan.

Crabtree diagnosed Varner with adjustment disorder and alcohol use disorder, but said he wasn't pre-disposed to sexual activity with minors.

Varner himself addressed the court Monday.

"First and foremost, I just want to start by expressing my regret," Varner said. "I am truly sorry."

He said he hoped the families of the victims, in time, can "forgive me and accept my apology."

Varner said he still owed his family an apology.

"I 100 percent will not do anything to find myself in this situation again," he said. "I can be a positive contributor to my family and community."

Earlier, his mother, Lori Varner, and other family members delivered remarks in support of Varner. Lori Varner called her son "helpful," "kind" and "caring," saying he would "do just about anything for his family." She also said her son isn't violent or dangerous.

"I still have a hard time believing a lot of these things are true," she said.

"Our community trusted this man," Fayette County Prosecuting Attorney Anthony Ciliberti Jr. said during his cross-examination. "We trusted him with our children, and he betrayed that trust.

"The citizens of Fayette County demand I stand before this court and ask that this defendant is sentenced to prison."

"On at least two occasions, victims were (severely) intoxicated and he sexually assaulted them," said Ciliberti, saying Varner gave the minor teens alcohol and marijuana at various times and in various locations. He called Varner's actions "reprehensible."

"At least two of them (the victims) are struggling to come to terms with what this man did to them," Ciliberti said. He also said that, in statements and support shown Varner, there is "not one shred of concern shown for those young men."

"I'm obviously pleased (with Blake's ruling)," Ciliberti said following the hearing. "This is not a case where he should have been given probation, and the judge didn't give probation."

"Essentially, the way the judge structured it is the two most serious offenses, third-degree sexual assault, which is a 1 to 5, runs concurrent with sexual abuse by a parent, guardian or custodian, which is a 10 to 20," Ciliberti explained. "And then, soliciting a minor, which is 2 to 10, runs concurrent with second-degree sexual assault. Then, each set of those charges is ordered to be served consecutively to each other."

In total, Varner will have to serve 20 years before he is eligible for parole.

Blake also imposed 40 years of supervised release for Varner once he finishes serving his time, and he said Varner must pay all court costs in the matter within two years of his release.

Varner was housed in the South Central Regional Jail as of Monday, and Ciliberti said the Division of Corrections and Rehabilitation "will at some point move him to a prison facility."

"The fact that he (was) a teacher, to me, just makes this all the worse," Ciliberti said. "The fact that these were kids who were once his students. You're not going to convince me that he didn't use his position as a teacher to gain the families' trust, and then abuse that trust to get access to these kids."

Galloway said afterwards he would have to talk with Varner to see if he wants to appeal Blake's decision.

Is the state doing enough to provide for the safety and health of inmates at Southern Regional Jail?