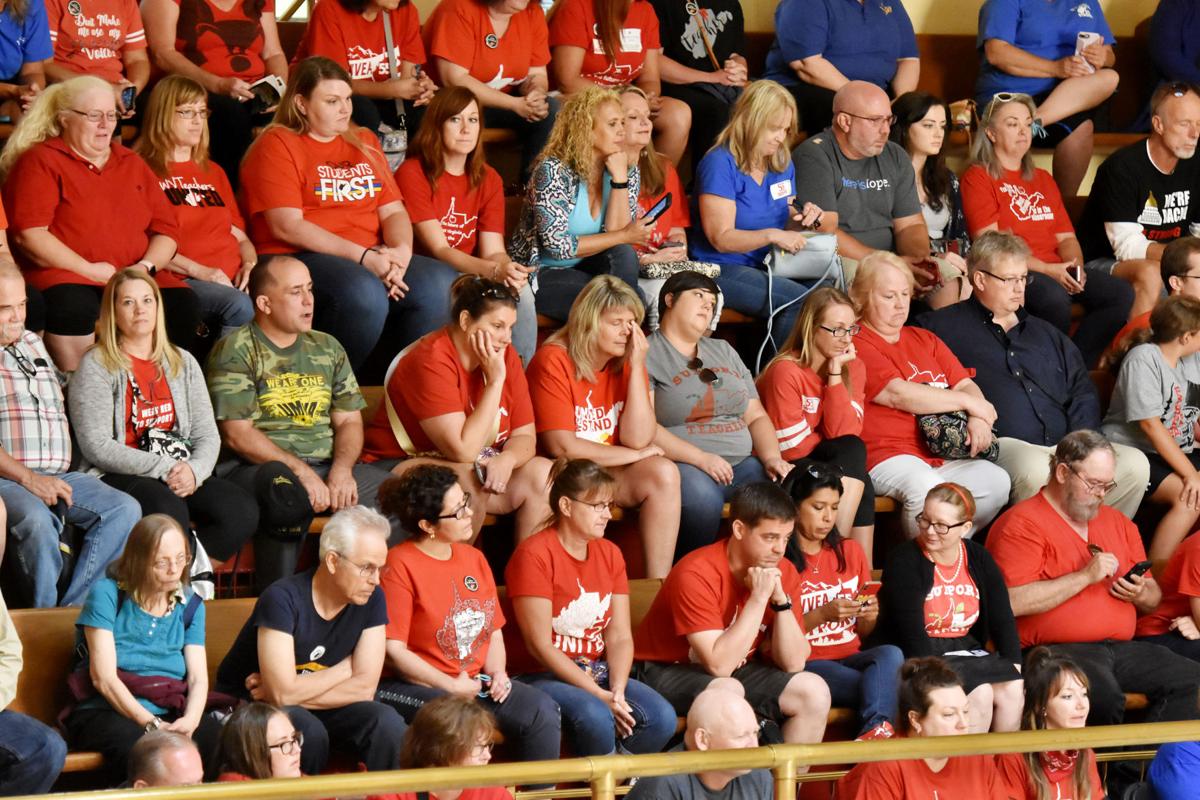 A group of teachers listen to delegates during a special session on education in the gallery of the house chambers at the capitol in Charleston on Monday. (Chris Jackson/The Register-Herald) 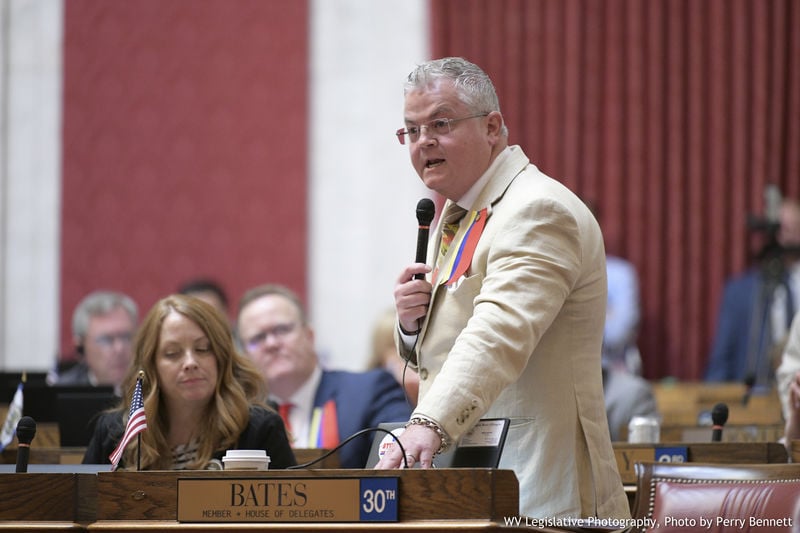 A group of teachers listen to delegates during a special session on education in the gallery of the house chambers at the capitol in Charleston on Monday. (Chris Jackson/The Register-Herald)

As the West Virginia House of Delegates resumed the special session on education Monday, the Senate's omnibus education bill advanced, despite two attempts by Democrats to reject it.

The Student Success Act was assigned to one of four select committees on education, Committee C — however, the committee set that bill aside and instead advanced its own omnibus bill, House Bill 206.

H.B. 206, which passed out of committee on a 14-8 vote, differs in a number of ways from the Student Success Act (Senate Bill 1039). The House version specifically removes language about the illegality of work stoppages and strikes, and sets a cap on the number of charter schools to 10.

The full House read the bill for a first time and advanced it to second reading, despite a couple attempts to either not receive the bill or to refer it first to House Education. A public hearing on the bill will be held at 8 a.m. Wednesday.

Select Committee B passed several bills and adjourned without taking action on education savings accounts (ESAs), according to MetroNews.

Three bills from Committee B, House Bill 167, 168 and 171, were referred to House Finance. House Bill 167 would allow a tax credit of up to $3,000 for parents or guardians to provide private or home school; House Bill 168 would establish the West Virginia Equal Opportunity Education Scholarship program; and House Bill 171 would provide a four-day sales tax holiday for clothing, school supplies, etc.

The House will reconvene at 1 p.m. Tuesday.

Just after the Monday morning floor session began, Del. Mick Bates, D-Raleigh, motioned to refuse to receive Senate communication on the Student Success Act, which effectively would have rejected the bill.

House Majority Leader Amy Summers, R-Taylor, however, successfully motioned to table the bill on a 53-44 vote.

House Minority Whip Mike Caputo, D-Marion, proposed the House adjourn indefinitely, but his motion was rejected, 41-56. The Charleston Gazette-Mail reported that House Speaker Roger Hanshaw privately told fellow Republican delegates Monday morning he would remove them from committee assignments if they voted to terminate the special legislative session on education.

In a passionate floor speech, Bates said under the leadership of Senate President Mitch Carmichael and the lack of leadership by Gov. Jim Justice, "Betterment has become an embarrassment."

Bates said the House, had it accepted his motion to table the Student Success Act and another bill focusing on ESAs, could have sent a message that they didn't intend to spend their next week "wasting time and money."

While he said the Student Success Act has a number of good provisions, he cannot support it. He said it lacks respect for teachers.

Pointing toward the galleries overhead, which were packed with educators wearing red in solidarity, Bates said, "I think you might have noticed — they're back."

Chants could be heard outside the gallery during the morning floor session.

He urged rejection of the bill because of its inability to appreciate the wishes of the educators and the public.

Union officials representing state teachers and service personnel gathered before the House session to share results of another survey.

Citing a poll of 1,500 West Virginia voters conducted by Change Research, union officials said the results were very similar to those of the Department of Education survey, which showed 88 percent of those polled did not support charter schools.

"Overwhelmingly, which each of these suggestions, the citizens feel they should be voted on separately so legislators can vote yes on ones they support, and no on ones they don't," said Fred Albert, president of American Federation of Teachers in West Virginia (AFT-WV). "Our hope is in the House."

He said they hoped to "see this put to an end very quickly" and to "stop wasting our taxpayer dollars."

"It's clear from public forums West Virginians are not interested in an out-of-state agenda," said Dale Lee, president of West Virginia Education Association (WVEA). "They see the omnibus bill version two as a punitive measure designed to punish educators and harm our public schools."

He said it's time to listen to the experts and the citizens of West Virginia — "We're not interested in charter schools, ESAs or out-of-state interests."

In a tweet midday Monday, Gov. Justice said he'd had a "great conversation" with President Donald Trump about public schools.

"We talked about our good public schools in WV and how he totally supports my plan for WV public schools," Justice wrote. "The President and I are bound at the hip, and he has done remarkable work that has been tremendously beneficial for WV!"

Trump retweeted Justice and wrote, "One size doesn't fit all - I support West Virginia Schools. Keep up the great work @WVGovernor Big Jim Justice - I am with you!"