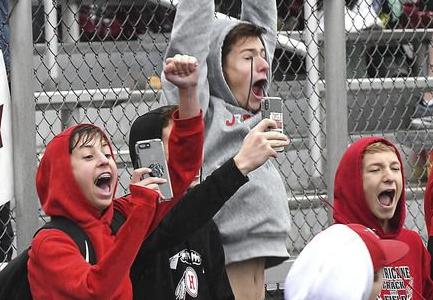 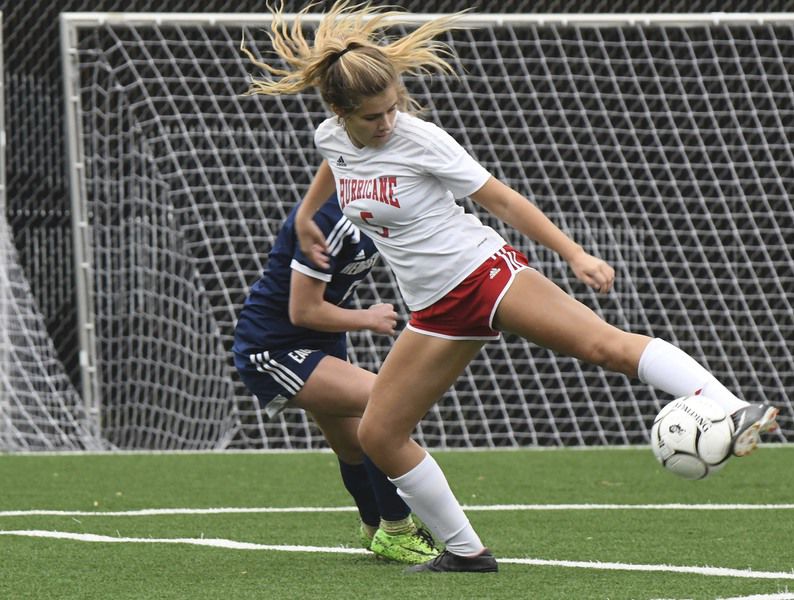 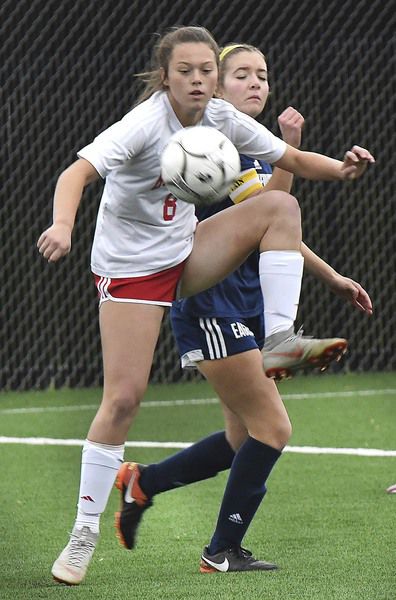 The state high school soccer tournament has been held in Beckley since 2004. Boys and girls team champions have been crowned at what has long been considered the state's finest soccer facility, the YMCA Paul Cline Memorial Youth Sports Complex.

The venue was already held in high regard before the two main fields were given a facelift with synthetic turf. Cline Field was resurfaced in 2015, and Carter Field followed in 2018.

Teams from all over West Virginia were afforded the highest quality surface on which to compete for a state title.

Perhaps more important, though, is the impact the state tournament has had on the economy and exposure of Beckley and the surrounding area.

"Any time you have people coming from other parts of the state, you get to expose your city to those individuals," said Ellen Taylor, president and CEO of the Beckley-Raleigh County Chamber of Commerce. "So it gives you an opportunity to sell your community.

"The second thing it does, obviously, is the economic development. It brings dollars into your community that otherwise wouldn't be there."

Which is the problem Beckley potentially faces.

Beckley's current contract with the West Virginia Secondary School Activities Commission expires after this season's tournament, set for next Friday and Saturday, Nov. 8-9. Cities interested in hosting the event are putting together aggressive packages to present to the SSAC, and the City of Beckley knows it cannot rest on past successes.

With the contract up for rebid, officials are concerned with getting the necessary support from community businesses.

"We work with the Chamber and businesses, and we need to get commitments from the Chamber and their members, and from the Convention and Visitors Bureau, from Visit Southern West Virginia, from the county, from the city," said Dave Laraba, who is joined by Woodrow Wilson athletic director J.T. Payne as co-chairs of the organizing committee. "They all help us now, but we need to get more of a commitment for it so we can put up a bid for the next four years. We want to keep it here."

The event has had a significant impact on the area's bottom line.

Visit Southern West Virginia Executive Director Lisa Strader estimated that, on average, half of the 16 teams that play in the state tournament stay in hotels in the Beckley-Raleigh County area. That number varies depending on the home locations of the participating teams. Each team books 15-20 rooms with 20-25 players and coaches.

Strader also provided information from the 2018 Dean Runyan West Virginia Travel Impact Report released by the West Virginia Tourism Office that found the average money spent by an overnight visitor to the New River Greenbrier Valley per day is $158. So if 20 people from one team spend that much money per day, that comes out to over $6,000 per team over the weekend. Or right around $100,000 total by all teams.

That doesn't include money spent by parents and fans not staying with the teams. And those included in the day traveler category spend an average of $53 per day.

Strader estimated that over 2,100 adults and 1,750 students attend the tournament each year, based on attendance numbers of previous tournaments. Ticket sales are estimated at $30,000 over the two days.

"From a tourism perspective we also need to include the added value of exposure of southern West Virginia to teams from all over the state. They work hard each year to earn the right to play in Beckley," Strader said. "This brings student-athletes, fans and families from all over the state to the Beckley-Raleigh County area, and may inspire them to come back in the future. Statistically, West Virginians do travel in-state for getaways and vacations."

Michelle Rotellini, who will assume the role of Chamber president and CEO after Taylor retires, is co-owner of The Dish Café. The business has long been a supporter of the state tournament's presence in Beckley.

"It definitely brings a lot of people to our region, and those same families support our hotels, restaurants, convenience stores, retailers, other goods and services we offer," Rotellini said.

"I would hate to see (the tournament) go. I enjoy having all of those families around. They're good soccer players. I love seeing them in The Dish Café."

Several cities such as Clarksburg, Morgantown and Wheeling could put in bids, but Beckley's stiffest competition will likely come from Kanawha County, where officials are sure to push for the Shawnee Sports Complex. The venue opened in July 2018 and is now scheduled to host such events as the Friends of Coal Cup in November and the WVFC Capital Cup in April.

Likewise, the Cline Complex is also used for soccer events beyond the state high school tournament. The West Virginia State Cup is there in the spring, as is the Little General Darrell Moore Memorial, and the Powerade Shootout is held every September. The men's and women's teams at WVU Tech call it home, and several middle and high school matches are played there in the fall.

The winning bid will be revealed a few weeks after the state tournament.

State tournaments in other sports are held in several different locations throughout the state. Many are firmly entrenched, such as the girls and boys basketball tournaments in Charleston and the wrestling tournament in Huntington. The Super Six football championships have been in Wheeling since 1994, although there is a push to have them moved to Mercer County.

"I don't know that it looks bad (if Beckley loses the bid). I think it would be a real loss for us," Taylor said. "I'm sure they are going to have competition with Charleston. It just means that the business community and people need to step up and help Dave Laraba and his group be able to put a bid together for this, because they will probably be up against some stiff competition."

It takes about $12,000 per year to organize the tournament.

"Any amount is good. Just give me a shout on email at dave@wvsoccer.net and we will get them together."

Elizabeth Jean Hurt of Columbus, OH, 81, passed away on Tuesday, January 21, 2020. She was born in Thurmond, WV, to the late Walter B. Liptrap and India Anna Liptrap. Survived by her devoted husband of 63 years, Franklin Hurt, and sons Franklin "Jody" Hurt, Jr. (Julie), Robert Hurt and Gary …