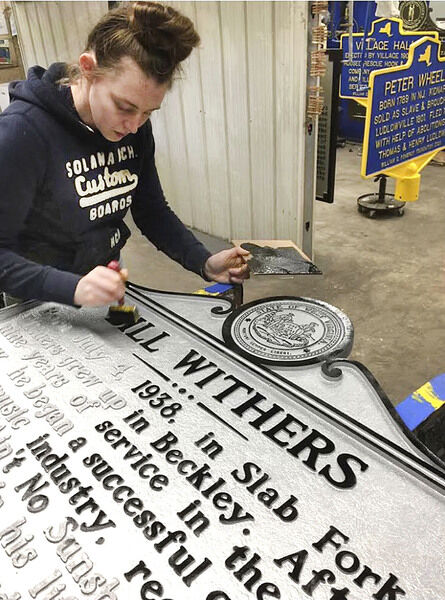 Employee with Sewah Studios, Inc, works on a historical marker honoring Bill Withers in their shop in Marietta Ohio, that will be place in front of Stratton Elementary School.Submitted Photo by, Sewah Studios 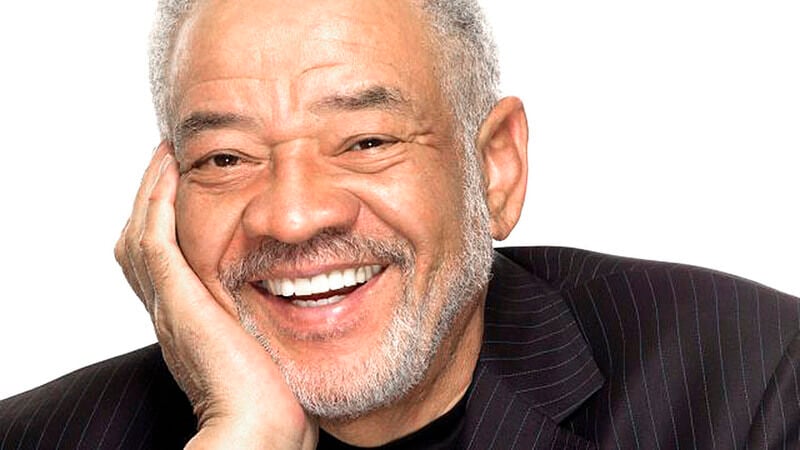 Bill Withers, who wrote and sang a string of soulful songs in the 1970s that have stood the test of time, including “ Lean on Me, ” “Lovely Day” and “Ain’t No Sunshine.”AP Photo

Employee with Sewah Studios, Inc, works on a historical marker honoring Bill Withers in their shop in Marietta Ohio, that will be place in front of Stratton Elementary School.Submitted Photo by, Sewah Studios

Bill Withers, who wrote and sang a string of soulful songs in the 1970s that have stood the test of time, including “ Lean on Me, ” “Lovely Day” and “Ain’t No Sunshine.”AP Photo

The legendary Bill Withers once said, “The biggest challenge to the world is to take anything that’s complicated and make it simple so it can be understood by the masses.”

The West Virginia native was an extraordinarily talented musician who was wise beyond his years.

He had multiple hits that stood the test of time and remain well known by even the youngest generations. Two of his most popular hits, “Lean on Me” and “Ain't no Sunshine,” sit on Rolling Stone magazine’s list of the 500 greatest songs of all time.

The Raleigh County native and three-time Grammy Award winner died at the age of 81 on March 30, 2020, after suffering heart complications, according to The Associated Press.

Several locals, including WVVA reporter Annie Moore and her husband attorney (DJ) Dennie Morgan Jr., have banded together to ensure that Withers' contributions to soul and contemporary music are never forgotten locally.

Moore and her husband have been at the forefront of collecting donations for a historical marker in Withers' honor.

She credits Merle Cole with the Raleigh County Historical Society with facilitating the entire process.

“Even at the height of his career, while Withers’ music was being played in households across the globe, there was no sign to mark the home of one of the greatest singer-songwriters of all time,” Moore said.

“We’re proud to call the place that was once his home our home. And through the help of many generous donors, we are thrilled to be able to pay our respects in this way,” she said.

Moore says her husband was the brains behind the project.

“I spent my entire childhood and early adult life listening to Bill Withers but had no clue he was born and raised right here in the coalfields of Raleigh County,” said Morgan.

He learned about Withers’ West Virginia roots while watching a Netflix documentary and says he was shocked to discover that the artist grew up right here in his backyard.

“I was stunned to realize that he had no recognition in the form of signage, or anything really, despite his worldwide success,” Morgan said.

On a recent visit to Kentucky, Morgan said, he noticed several musical giants being recognized for their work in a similar fashion by their communities.

“Raleigh County has a rich musical heritage,” Morgan said. "It is home to a member of the Rock and Roll Hall of Fame (Withers - 2015), the Country Music Hall of Fame (Little Jimmy Dickens), and the Bluegrass Hall of Fame (Everett Lilly),” said Morgan. “My hope is that this is perhaps a start of southern West Virginia following suit in honoring their musical heritage.”

Bill Withers grew up in the Slab Fork area of Raleigh County. In a 2004 interview with the website Songfacts, Withers talked about his West Virginia roots.

“Being from a rural, West Virginia setting, that kind of circumstance would be more accessible to me than it would be to a guy living in New York where people step over you if you're passed out on the sidewalk, or Los Angeles, where you could die on the side of the freeway and it would probably be eight days before anyone noticed you were dead," he said.

“Coming from a place where people were a little more attentive to each other, less afraid, that would cue me to have those considerations than somebody from a different place."

Withers told the website he believed we are all influenced by our life experiences.

Some musicians sing about “shooting each other in the city and stuff like that.” However, “That was not my experience," he said.

“I’m not from a big city. I think circumstance dictates what people think,” Withers commented.

Although he didn't have a big city childhood, Withers did make his way to the big city.

He spent several years in the Navy, prior to moving to Los Angeles, where he worked in an aircraft parts factory by day and started playing music at night.

Many publications reference the first guitar Withers purchased as coming from a California pawn shop.

That guitar clearly was worth the investment as Withers signed with Sussex Records in the 1970s and quickly became a household name when “Ain't No Sunshine” climbed to Number 3 on the Billboard Charts and earned him a Grammy.

From there, the sky was the limit for Withers. He left an unforgettable mark on the music industry.

Moore says her hope is that having the historical marker near the school will inspire other young children to know that they too are “capable of greatness.”

Morgan added, “Mr. Withers is such an inspiration, and he deserves to have his legacy inspire our children and future generations. His story of overcoming so many challenges of race, socioeconomic disadvantage, stuttering and then rising to the top of the world is truly an inspiration.”

Withers overcame a stuttering problem through music. In an interview with Rolling Stone, he said, “When you stutter, people tend to disregard you.”

Now, it would be difficult to disregard Withers’ legacy in popular culture as his songs have graced motion pictures and countless television programs. His songs are among the American songbook.

The Bill Withers historical marker has been purchased and will soon be placed in the ground in Raleigh County.

“Initially, the idea was to place the sign along the Coalfields Expressway marking the entrance to his birthplace of Slab Fork,” says Moore. “When the Department of Highways ruled that out due to high-speed travelers on the road, we ended up deciding on a location across the street from his former school, which is now Stratton Elementary.”