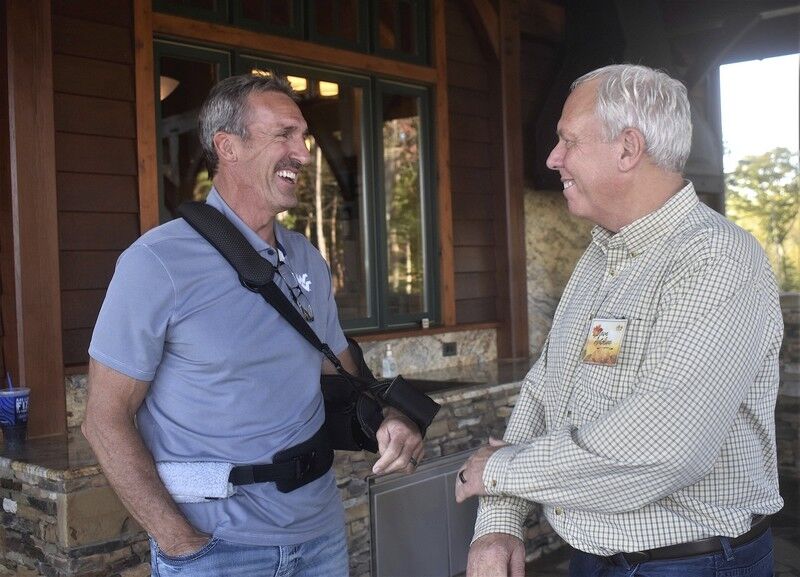 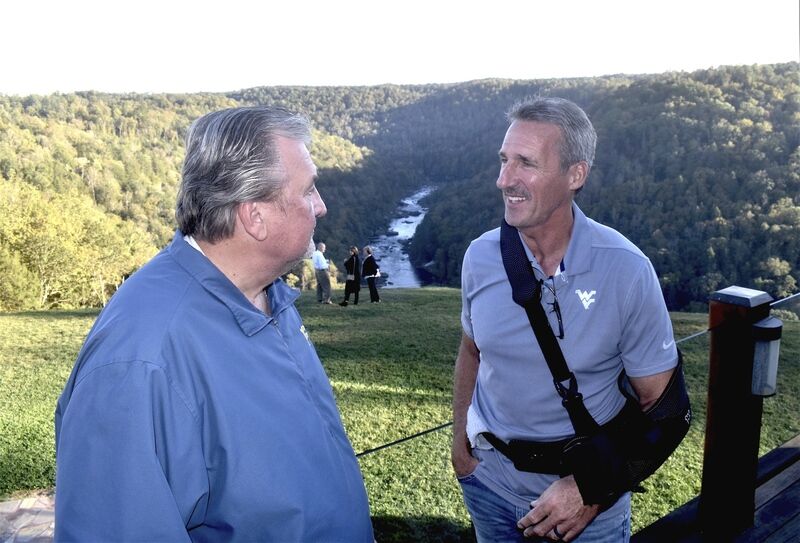 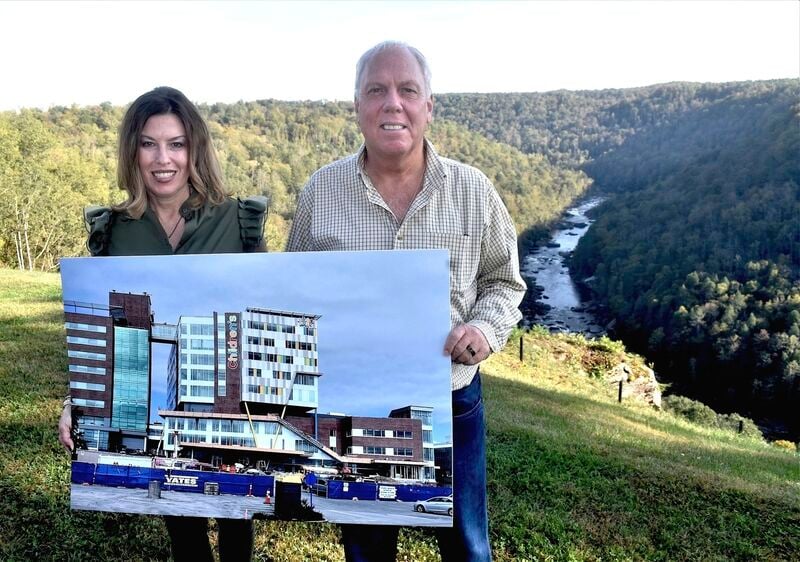 MOUNT NEBO — On a brilliant, sun-kissed autumn day a couple of hours removed from Morgantown, Amy Bush took a few minutes to describe the warmth emanating from donors' hearts as the WVU Medicine Children's "Grow Children" capital campaign marches inexorably toward its goal.

Even in uncertain times resulting from the Covid-19 pandemic, donors have still provided generous support for the ambitious project, Bush said.

"First and foremost, I'm so grateful to our board, my boss, our CEO (of West Virginia University Health System) Albert Wright, and our campaign chairs Steve Antoline and Jeff Hostetler for helping lead and supporting through a really unprecedented time," she said. "But I'll tell you, the donors — businesses, individuals, alumni — it didn't stop.

"So the commitment to the kids and to what's been a longtime dream to have our own free-standing hospital, it didn't let up one bit. It just tells you that, no matter what, people are for the kids, and people want kids to have great futures. It's been overwhelming in a very positive way, and we're just very grateful."

Hostetler, the former WVU and NFL quarterback, the latter in a career which featured him helping guide the New York Giants past the Buffalo Bills in Super Bowl XXV in 1990, was on hand for Wednesday's event. Also among those present was WVU men's head basketball coach Bob Huggins, and former Marshall University head football coach Bob Pruett was expected to join the event via digital platform as the evening progressed.

Hostetler, who has been back living in Morgantown since 1986, said he has been involved since the early stages of the children's hospital.

"My wife (Vicky) and I have always had a soft place for the children's hospital here at WVU, so we've been involved in a lot of different things way back originally with the Ronald McDonald House — being involved in that from the very beginning, and we (donated an amount) to put in a family resource center inside the hospital for kids and their families," Hostetler said. "Having gone through with all three of our sons and having almost lost all three in different ways" showed "how important it was for the resources to be there to help families to make it through."

"So, whenever we heard about the new children's hospital and all the things that were going on with that, we were onboard right away. Then they asked me about being a co-chair to help the fundraising part; I don't like asking people for money, but if there is something to ask for, this would be it.

"It has been absolutely amazing," he said in describing support for the new hospital. "They did a study to see if the community could come together to raise the funds necessary. It wasn't even a question. The people have been amazing, the support that we've gotten.

"We have an opportunity here to put in a state-of-the-art facility that is going to be comparable to any of the top-notch facilities in the country."

Instead of having West Virginia children go outside the state's borders for services, Hostetler said, "We're going to be able to provide them with a great facility, great doctors, nurses, staff so that they don't have to go out of state."

His co-chair, Antoline, said, "I've been on the children's advisory board for several years and just always had a passion for the kids of our state, I know that's our future generation. And I was asked to co-chair this along with Jeff Hostetler, and it's actually been very rewarding in working with Amy Bush to help raise these private campaign funds to help get this hospital complete.

"Just for the betterment of the children, and also the state. The economic impact it has on this state is a game-changer. WVU Medicine in general is supplying over 30,000 jobs in the state right now (and 21 hospitals). It's making huge positive impact on the state of West Virginia and, simultaneously with the new hospital, will be giving the kids in our state and our region the best health care in the country right here."

The public's support, especially during the past two years, has been key, Antoline said. "I think it's critically important, and I think it speaks volumes of our health care providers and our administrators. Amy has worked tirelessly. Even through the pandemic they somehow found a way to keep this hospital very close to opening on schedule."

According to Bush, groundbreaking for the new hospital occurred in 2018, and actual construction work started in early 2019. "Obviously, the plans have been in the works for a  long time," she said. "Tonight's the time to come together where everyone is here for one common goal that is really not so common, right, to take care of our kids and their families and expectant moms for years and years to come. I tell everyone I don't think there's any greater privilege than to build a children's hospital and to be able to help bring something to life that will (take care of) so many people, touch so many lives.

"But I also tell people that it's really all about people, programs and places. We've got all that going on right now. ... Great people in great programs and we give them a place."

An exciting aspect is for "people not to have to leave the area, but also receive care in an environment that is built just for them. This whole hospital is built for them; it's a fully-functioning hospital, it's got its own infrastructure, its own ER and operating rooms, clinics and ICUs and pediatric units ... To be able to have an environment that's built to have kids and families heal is incredible." Programs in place to help mothers with additional care are also important, she said. "This is a huge event for us tonight to tell our story and to help raise money for our future generations."

Of the $60 million capital campaign push, Bush says, "We're getting close, we're knocking on the door. We're looking for tonight to help push us on over the top."

One particular element of the new hospital Hostetler embraces is a special floor.

"We got an additional floor put on the hospital," he explained. "It's called the 'I Am A Mountaineer Floor.' He said he woke up one night and was thinking 'How can we as athletes pull together and do something special for our kids and our families?' So, this floor is being funded by former athletes in men's and women's sports that have gone through the doors of WVU. It's going to be in a locker room theme, overlooks the stadium and we're going to be able to provide the resources," which will feature day-to-day things such as help with laundry, food, gas, educational materials, etc.

"We're going to try to provide those things for them while they concentrate on their child," he said. "We're doing that through our former athletes; it's going to be a great space."

Businesses or individuals wanting to learn more about getting involved in the fundraising effort can call 304-598-4346 or visit WVUMedicine.org/GrowChildrens.

All gifts to the "Grow Children's" capital campaign are made through the WVU Foundation, the nonprofit organization which receives and administers private donations on behalf of the university.