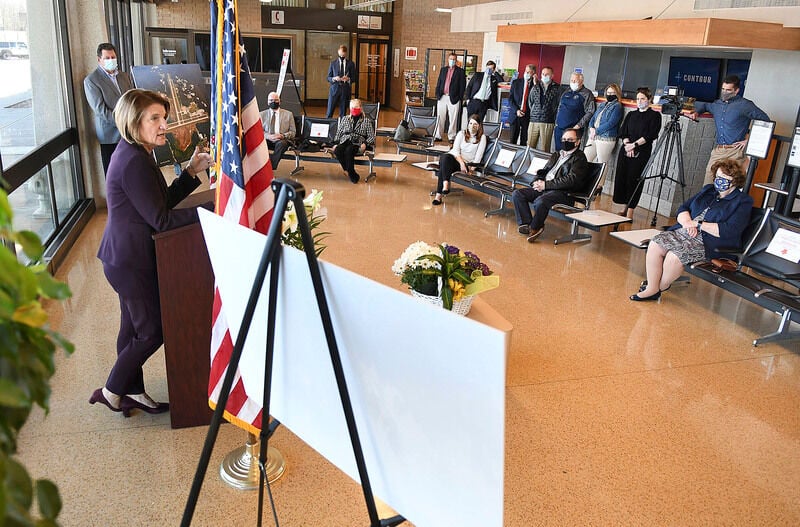 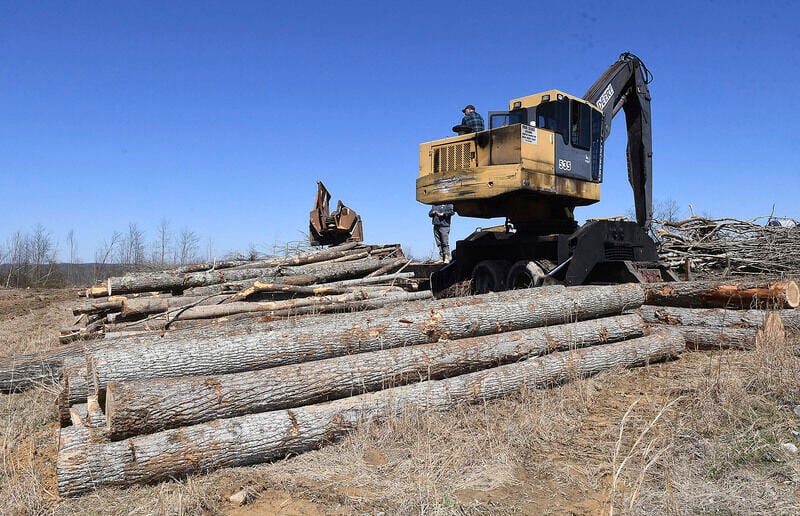 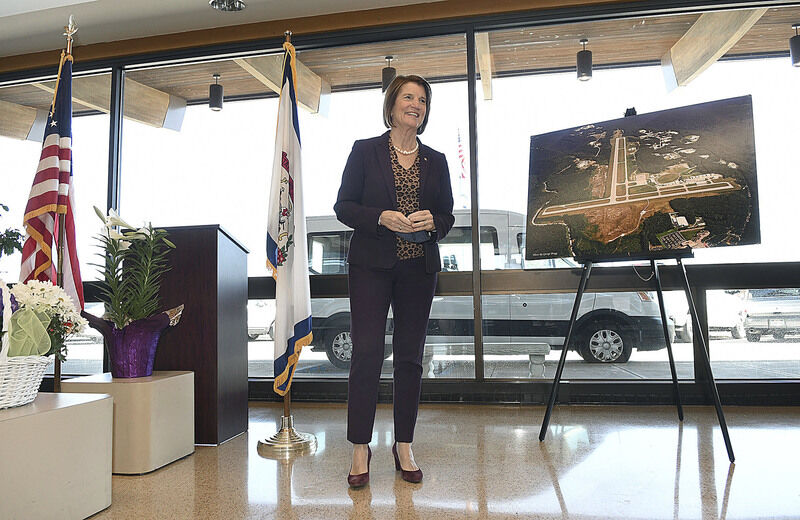 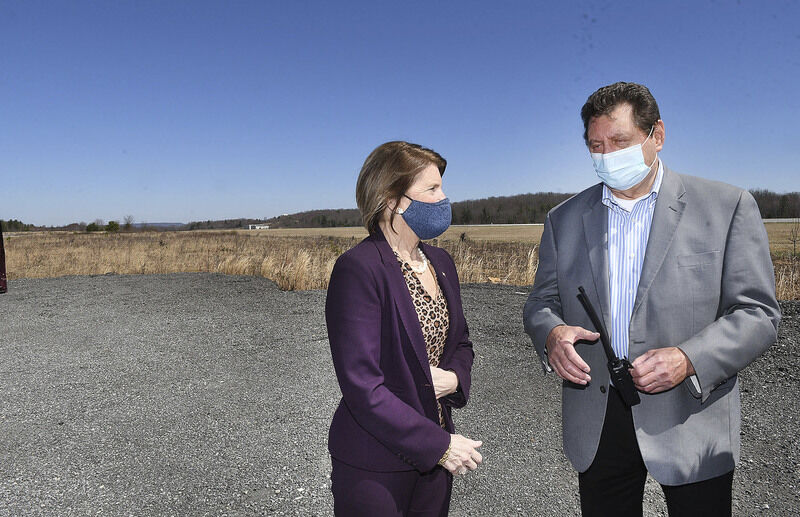 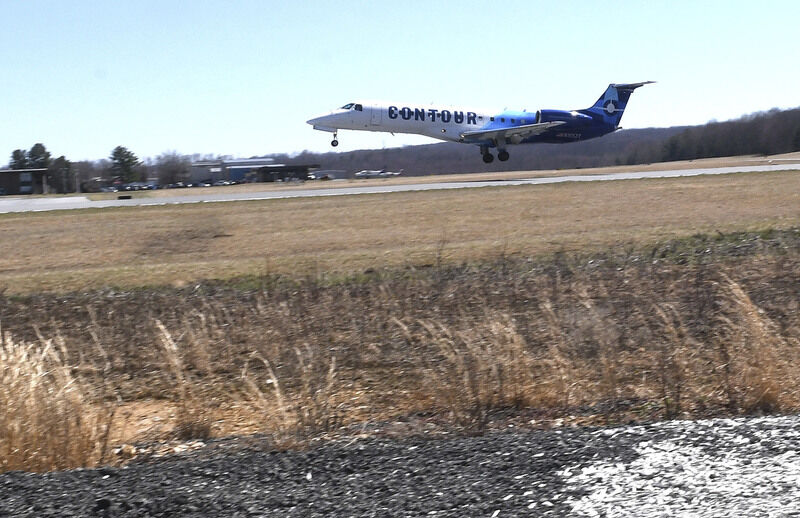 Capito, Sen. Joe Manchin and Del. Carol Miller helped to secure a $1.75 million grant in February from the U.S. Department of Commerce’s Economic Development Administration. The grant was the final investment needed for the $8.3 million development project, which focuses on unused land at the industrial park around the airport.

Airport manager Tom Cochran brainstormed the idea of bringing the aerospace industry to Beckley. He and Jina Belcher, the executive director of the New River Gorge Regional Development Authority, are working to expand land at the airport and prepare it for aerospace businesses.

"I think there's a great vision here, and I just wanted to see how it was progressing," Capito said after her tour.

Belcher and Cochran anticipate at least 13 new businesses and more than 600 jobs.

“We could not be more fortunate in having exceptional representation in Congress,” said Belcher. “It means a great deal for the New River Gorge region when you can count on our delegation to fully support pending competitive grants, research of potential sources of funding, or enacting legislation boosting our way of life.”

Cochran noted that the U.S. senators and congressional representatives are on meaningful committees and are highly collaborative.

“The airport expansion, site development for aerospace companies, and efforts to pave the way for the education of skilled workers have come together and will transform this region’s economy,” said Cochran. “Today’s visit by Sen. Capito shows she and her staff understand full well the hard work and challenges that lies ahead.”

Belcher is recruiting aviation manufacturing companies to the park. In the future, the airport runway is set to be lengthened by 2,000 feet. The move still leaves plenty of room for development, Cochran and Belcher have said.

Capito was optimistic about the development of the airport industrial park.

"I've been to the airport more than a few times, but I did not realize how much development is already here," she said. "But there's still lots of room for development.

"Obviously, the medical cannabis business is going to be a big event here in the state, once it gets going, and to have it be there in this business park, I think, is terrific.

"I only see good things."

New River Community and Technical College and West Virginia University Institute of Technology are now offering courses in the aerospace field in order to train workers, particularly out-of-work coal miners, to meet the demand. Transferability of skills between the coal industry and the aerospace industry is a cornerstone of both educational development and recruitment of businesses.

Capito said the aerospace industry will give displaced workers, like coal miners, an opportunity to transfer their skills while creating jobs for younger West Virginians, enabling them to stay in Raleigh County.

Education officials were also present for Capito's visit to the airport.

Members of Raleigh County Commission, along with Mayor Rob Rappold and his wife, Barbara, attended.

"Exciting times, and an honor to have a visit and tour with Sen. Capito, who has fully supported this airport expansion and opportunities in aerospace technical training and repair services," said Mayor Rappold, who is also NRGRDA chair. "It was also nice to thank the senator for her sponsoring the New River National Park legislation that will prove historic."

New River Gorge was recently recognized as a national park, which is the same designation as Yellowstone National Park. Belcher has said the development at the airport will fit nicely with the tourism industry that is fueled by the park designation.

Capito is lead Republican on the Senate Appropriations Committee. She and Manchin, who also serves on the committee, in October secured a $50,000 grant for the aerospace program via the Appalachian Regional Commission (ARC) Partnerships for Opportunity and Workforce and Economic Revitalization (POWER) program.

“She sees the full picture of the potential of this airport and the area,” Belcher said of Capito. “We really appreciate her continued support.”