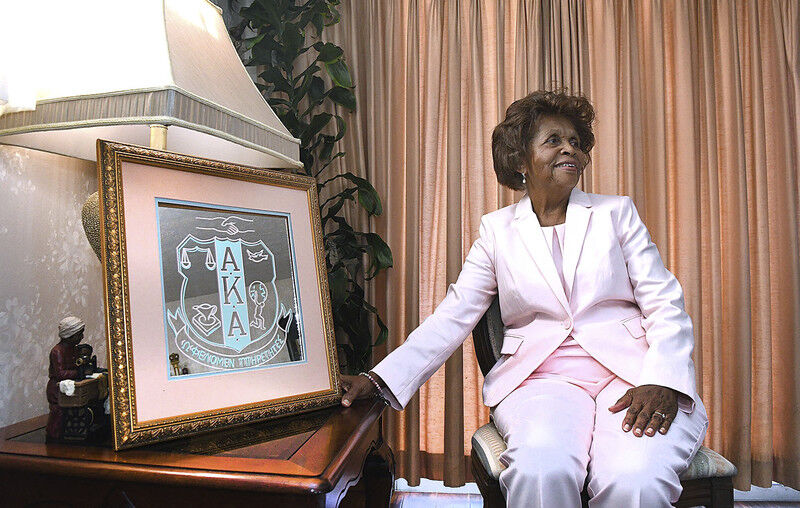 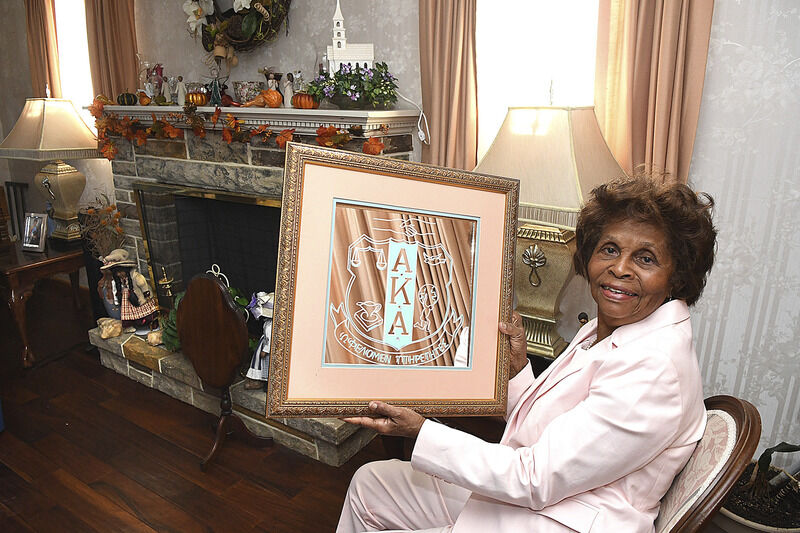 When U.S. Vice President-elect Kamala Harris is sworn into office in Washington, D.C., on Jan. 20 with President-elect Joe Biden, she will be the first woman to hold the position.

The daughter of immigrants, she will also be the first American woman of color to serve in the office, and she has made it a point to acknowledge Black women and women of other races in the public sphere.

Charles Curtis, who was part Native American, was the first person of color to serve as vice president in 1929.

“Yes, sister, sometimes we may be the only one that looks like us walking in that room,” Harris told a largely Black audience in Fort Worth, Texas. “But the thing we all know is we never walk in those rooms alone — we are all in that room together.”

During her victory speech in Wilmington, Del., Harris, 56, spoke of her own mother and of the generations of women, of all races, who had paved the way for her to the vice presidency.

“While I may be the first woman in this office, I will not be the last,” she said. “Because every little girl watching tonight sees that this is a country of possibilities.”

In Beckley, 80-year-old Sheilah Brown has been watching Harris’ rise to the vice presidency, the highest level any American woman has ever attained in U.S. leadership.

Brown is one of the Black women who came ahead of Harris to push the goal posts forward. Like Harris, Brown is also a member of Alpha Kappa Alpha sorority, the first historically Black Greek-lettered sorority that was founded at Harris’ alma mater, Howard University, in 1908.

The sorority has played a major role in Brown’s life and those of her two sisters, and she said she and her sorority sisters are proud to see another AKA member rising to the vice presidency.

“I knew (Harris) was a senator from California,” Brown, a retired Raleigh County teacher, said. “That stood out, because there weren’t that many women senators and, definitely, not many Black women senators.

“Kamala Harris is African-American and Asian, so I noticed her, and, then, I found out she was a member of AKA sorority during the senatorial hearings and confirmations of members of (outgoing U.S. President Donald Trump’s) administration.

“She definitely impressed me with her intelligence and conviction,” said Brown. “She was totally not intimidated.

“With her presence in those Senate hearings, I really began to notice her.”

Like Harris, Brown also attended a historically Black college, Bluefield State College. Brown, who came a generation ahead of Harris, also had strong and supportive Black women who had paved the way for her.

Brown grew up in Tazewell, Va., and she can remember Black students being driven past Tazewell High School, an all-white high school.

To get an education, the Higginbotham sisters had a two-hour drive to an all-black school.

“The community in which I lived was totally integrated, and we grew up with white neighbors,” she said. “We didn’t know any difference, and we would play together; they stayed at my home.

“But we would discuss among ourselves that we wished we could go to school together. So, that was different.

“I credit the segregated school system with a high quality of education that I received all throughout elementary and high school,” said Brown. “We received quality education, plus culture.

“You had to achieve.”

“I waited until Mary Ann got started teaching in Ohio, and then she helped me go to college, along with family,” said Brown. “Then, I graduated from Bluefield State.

“Along with family, I helped my youngest sister, Jeanette Bryant. So, we helped each other.”

Anderson had first joined Beta Omi Cron, the AKA chapter at Bluefield State. She joined AKA in December 1961.

“But I guess what really influenced me was, the sorority was very popular on the campus at Bluefield State,” she added. “What really drew me was the personality of the young ladies who were already members.

“They represented finer womanhood,” she explained. “Competition was stressed among the sororities and fraternities on campus, and we were encouraged and required to maintain high scholastic averages.”

Brown graduated from Bluefield State in January 1964 with a double major in social studies and physical education. She married the late Rev. Robert Brown, who was the longtime pastor of Central Baptist Church in Beckley.

Brown taught social studies, health and gym at Woodrow Wilson High School for 35 years. For the past 59 years, she has remained an involved AKA member. Currently, she is a member of Epsilon Delta Omega, the local AKA graduate chapter.

She and both of her sisters are “Golden Life” members, with more than 50 years of membership.

Although AKA does not endorse a candidate or political party, Brown said most sorority sisters in the U.S. and internationally are very supportive of Harris.

“There’s still an excitement, and we are very proud that Kamala has risen,” said Brown. “She has been recognized for her intelligence, her leadership skills. Not only as a Black woman, but for a woman.

“Until the 19th Amendment, women couldn’t even vote,” noted Brown. “So to have a woman, an African-American woman and a member of Alpha Kappa Alpha, yes, it’s an exciting time.”

Brown said that she had been disillusioned in the last few years because it seemed the “pendulum has swung too far away from the components of democracy, equality and justice.”

She finds hope in the Harris vice presidency and Biden presidency.

“I see hope and a commitment for Americans,” she said. “It gives us hope that this feeling will continue to grow, that we will not look at a person’s color and decide what they can do or what America will not allow you to do.

“Martin Luther King Jr. said, ‘Let’s not judge a person by the color of the skin but by the content of their character,’ and when I look at Kamala, I see that hope, that vision, taking place.

CRAIGSVILLE [ndash] David Alan Petti, 54, of Craigsville, WV, passed away on Friday, November 20, 2020, at the WVU Medicine Summersville Regional Medical Center. Born October 19, 1966, at Beckley, WV, he was a son of Inez Redden Petti and the late Marvin Petti. He was a member of the Liberty…