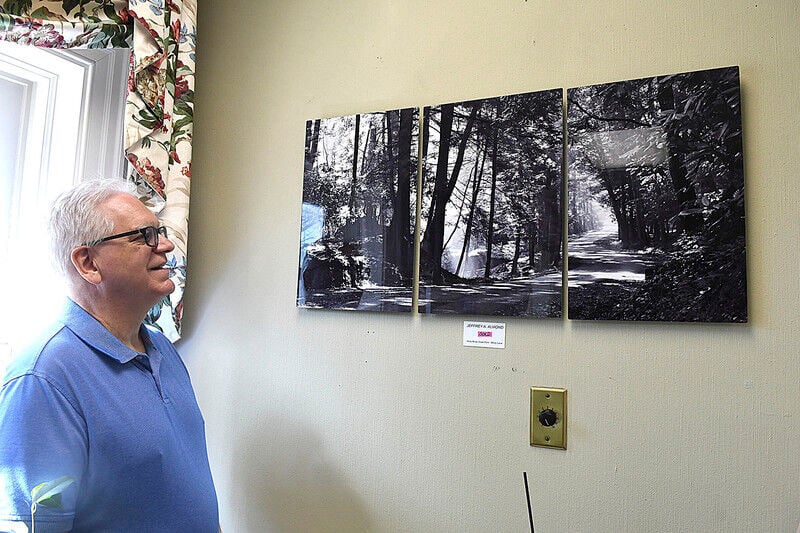 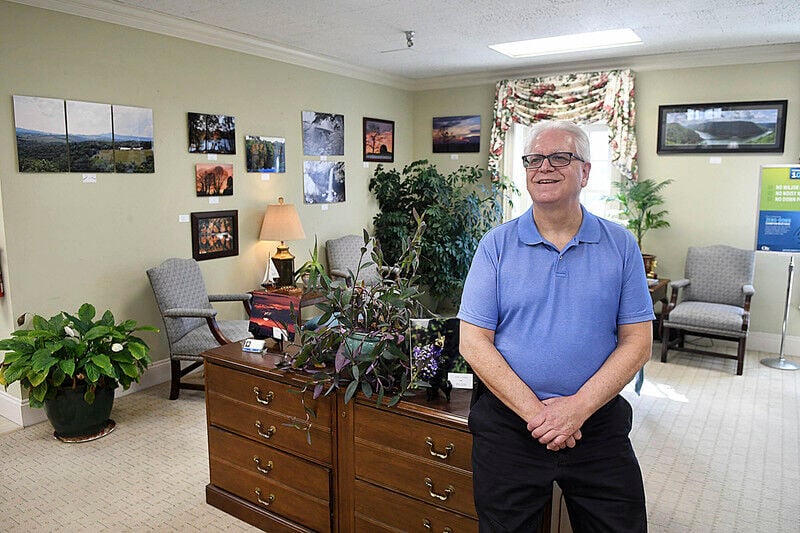 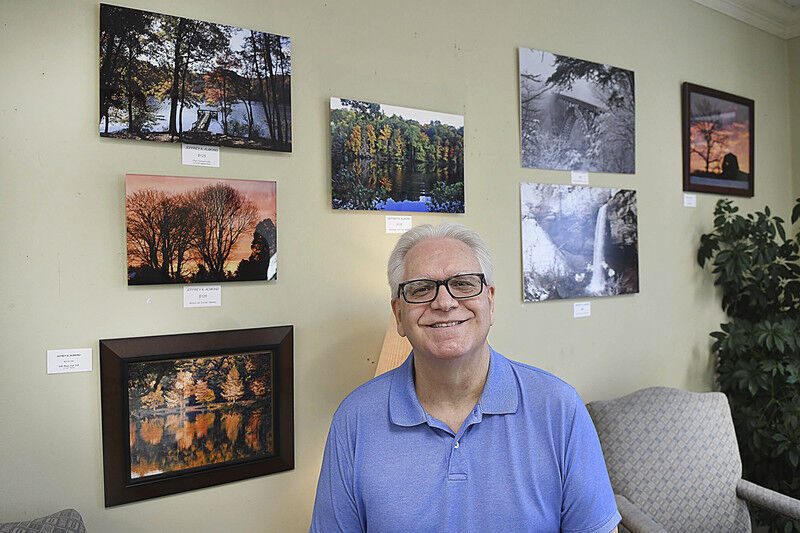 Jeff Almond never goes anywhere without his camera. Not anymore.

The environmental engineer was traveling over Bolt Mountain early one morning on his way to a job site, when the sunshine hit the clouds.

“It looked like neon pink cotton candy,” he said. Moved, Almond pulled over to admire the sky. He only wished he had a camera.

“I vowed then and there that I would always carry a camera,” he said.

And now, the result of Almond’s epiphany can be seen and purchased at City National Bank on Park Avenue.

But Almond is not the only artist whose work has had the privilege of being featured in the bank’s local art display. For the last three years, City National Bank on Park Avenue has become an art gallery of sorts. Only it’s not an art gallery. It’s a place for anyone, especially those not expecting to see art, to discover the beauty of a photograph, or a painting, or a craft.

“I just think this is fantastic,” Almond said. “It’s an open forum for any artist to display their wares, and it’s open to the public.”

Art galleries are wonderful, he said, but there is something special about showing in a place where art isn’t necessarily expected. And that’s exactly one of the reasons bank manager Jonathan Grose put one there.

“Times are changing for banks,” Grose said. “People are banking more with electronics, on phones, using ATMs. So banks are changing the scene and face a little bit. … I got sick of looking at a desk that I knew we were not going to replace an employee on. So I just picked it up and took it to storage.”

Grose was planning to make the vacated area a simple seating area. He hadn’t given it much thought beyond that, until he looked more closely and envisioned “a perfect place to display local artists.”

As part of the Beckley Art Group board, Grose made the connections that would help him give art in the bank a sort of “trial run.” And it worked. Despite a few Covid setbacks, the bank has been an artists’ haven for the last three years, providing each artist with a 30- to 45-day window to display, sell, and – in the case of an exhibit coming later this month – help the United Way of Southern West Virginia. The bank gallery is booked through October.

“We need to support local art,” Grose said. “We need to find areas where we can display it. It’s a niche we need to encourage in every community.

“My drive is getting that art in people’s homes. Some artists choose to not sell their work. Some do. They make the call. If they don’t want to sell, it is a place to build their gallery.”

Grose’s office sits just across the hallway from what he calls the “art corner.”

“So I wondered if people were really paying attention,” he said. “I started to notice and hear, ‘Oh, there’s new art up.’ I noticed people slowing down and looking, taking it all in, and that was encouraging for me.”

Also encouraging, pre-Covid, was the success of Beckley-Raleigh County Chamber of Commerce Business After Hours events hosted at the bank branch, he noted. Grose made it a point to display work from every artist featured there within the last year, and Chamber members not only enjoyed, they bought art.

Grose has devoted railing around the second floor and additional art space throughout the bank to this special showing, much as he has done for past veterans’ displays and quilts from local quilting guilds. This time, visitors to the bank will be able to vote for their favorite student-made barn quilt, not only to give the winner a people’s choice award, but to give the United Way of Southern West Virginia a donation, since it serves agencies in Nicholas County. Mason jars and QR codes will help with the voting and donations between March 15 and April 30.

“These are beautiful 3-by-3 paintings, and we will have 18 of them,” Grose said. “We’re looking forward to giving back to that area.”

For more information on the upcoming barn quilt exhibit, or if you are an artist interested in displaying your work, call Grose at 304-255-7270.